To: Riley; mairdie; Cletus.D.Yokel; erkelly; TEXOKIE; ichabod1; archy; DuncanWaring; Travis McGee; ...
Slightly OT for you CW II guys, but the only way we keep a lid on things is allowing the legitimate corrective processes, like IG reports and prosecution of Deep State actors to take place.

9 posted on 11/06/2019 9:04:33 AM PST by Jack Black ("If you believe in things that you don't understand then you suffer" - "Superstition",Stevie Wonder)
[ Post Reply | Private Reply | To 4 | View Replies ]
To: All
A trip down memory lane, to this article published June 7th which discussed the imminent release of the IG report. Looks like, I should have added June to my list of "months the OIG report was expected" list above, and probably May too. 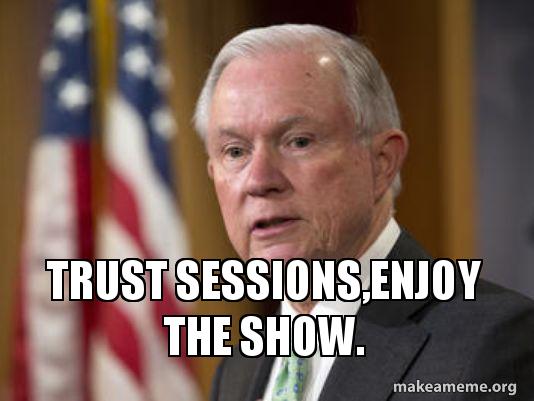 If they get away with this there will be a next time and next time they’ll go full Stalin/Hitler on our asses.

I am amazed that the IG report has not been released.

The delay? Redacting sensitive info. so certain bureaucrats are protected. Plea deals are being made via redaction/no redaction?

OUT ALL OF THESE DEEP STATE BA$TARDS NO MATTER WHO THEY ARE.