Top Republicans are privately worried about a new threat to President Trump’s campaign: the possibility of Facebook pulling a Twitter and banning political ads.

Why it matters: Facebook says it won't, but future regulatory pressure could change that. If Facebook were to ban — or even limit — ads, it could upend Trump’s fundraising and re-election plan, GOP officials tell Axios.

Twitter this week announced a ban on political and advocacy ads. ("Platforms give pols a free pass to lie," by Scott Rosenberg)

Trump campaign manager Brad Parscale ridiculed the decision ("yet another attempt by the left to silence Trump and conservatives"), signaling the wicked backlash that would hit Zuckerberg.

Facebook is under the heat form both parties in D.C. I place my bet on a split up of the company or even a bust.
Wonder who could take it over?.

41 posted on 11/03/2019 8:23:47 AM PST by Vaduz (women and children to be impacIQ of chimpsted the most.)
[ Post Reply | Private Reply | To 1 | View Replies]
To: Extremely Extreme Extremist; GOPJ; Liz
No Trump supporter is going to be swayed by Democrat ads in the MSM that they don't watch anyway.

Personally, I think "social media" is beyond stupid, but 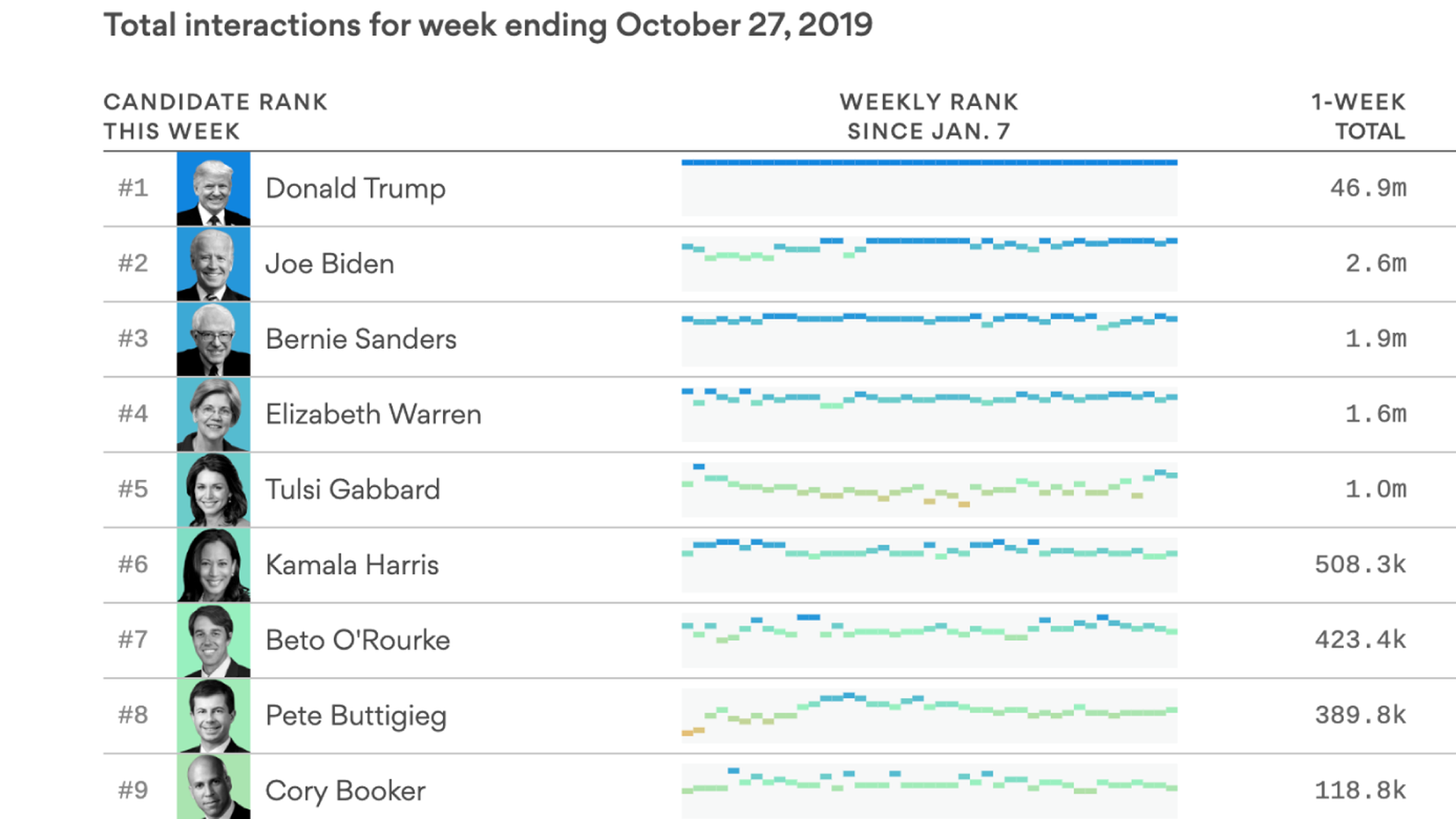 I suppose Zuck could use Trump’s overwhelming presence to argue the he should be censored, or realize that many millions of people might react negatively if he did so.

Both of those things are true, but neither of them contradict my points above. Are we even discussing the same thing in the same context?

Well, of course they can be sued. The issue is freedom of speech and that applies only to governments. It has been long established that private companies can censure and permit limited speech. It happens every day.