Navigation: use the links below to view more comments.
first previous 1-20, 21-40, 41-60, 61-66 last
To: fortheDeclaration
Yet, the Left still fawns over her. Not sure I agree. It's the establishment beltway scumbags, both on the left and on the right, who fawn over her. Whether it's Kasich chomping on pancakes, or Mitt Romney in his shroud, or Nanzi Pelosi or Megan McCain, I could go on and on, They are all of one piece. The anti-American cabal must be, and will be, defeated!
61 posted on 10/18/2019 3:04:36 PM PDT by scottinoc
[ Post Reply | Private Reply | To 60 | View Replies]
To: RightGeek

Ah, but no one has read what Hillary actually accused Tulsi of doing: Being sponsored (By the Russians ) to run as a (spoiler) third party!

So, who actually sponsored Perot to run as a spoiler third party so Hillary (and Bill) would win in 92 and 96? She is only accusing Tulsi of doing what she already has done! Twice. 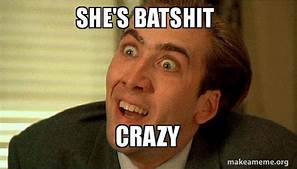