This just popped into my head:’

Hillary and Nancy sittin’ in a tree...

This story was covered on one of the Fox News shows last night—I think Tucker Carlson. Unfortunately, I didn’t have a chance to watch much of it nor did I record it.
Wish I had now!

“Oh crud. He spilled the beans on Hillary.”

Ronan is simply FEARLESS. He’s one of a very small group of people of his generation who’s like that. Another is George Schultz’s grandson, who brought down Theranos and Elizabeth Holmes.

23 posted on 10/10/2019 4:08:21 AM PDT by BobL (I eat at McDonald's and shop at Walmart - I just don't tell anyone.)
[ Post Reply | Private Reply | To 2 | View Replies]
To: pepsionice
A lot of the Hillary ‘bump-up’ from Hollywood, was related to Weinstein’s efforts. The endless flow of money,
the spin of the Hollywood elite, Hollywood's anti-Republican diatribes .....all credit Weinstein.

When Bill Clinton was at the height of the Monica Lewinsky sex scandal, Hollywood was by his side, offering donations
for Clinton's legal fees, and one significant donor was the man nailed for his own sex scandals—Harvey Weinstein.

Billionaire Harvey Weinstein raised $1,422,683 for federal candidates and political entities between 1990-2016. That’s small potatoes for his 27 years of rank Democratism, sucking up to feminism and upholding so-called abortion rights as he rampaged and assaulted young women. Adds up to about $5300 a year. Something tells me there are a lot of cash payments off-the-record being paid. (hat tip outpostinmass2) Crunching the numbers as outpost did does give us a sharper look at the political money game as played by the conniving Clintons. Did Harvey's donations to the C/F go to "do-good projects"? Or did they make a circuitous route?
Maybe landing back into the Clintons eternal political scams?

24 posted on 10/10/2019 4:09:20 AM PDT by Liz (Our side has 8 trillion bullets; the other side doesn't know which bathroom to use.)
[ Post Reply | Private Reply | To 4 | View Replies]
To: All
One of the buried stories of the Clinton-lewinsky era is how Hollywood came to B/J'ed Clinton's rescue......
and how exactly the Hollywood elite listed payments to Clinton's sex defense fund:

<><> how did Hollywood list the Clinton on their tax returns?

<><> How did publicly-traded companies list their donations on shareholder reports?

<><>How did the "DreamWorks" trio, Steven Spielberg, David Geffen and Jeffrey Katzenberg, list their $60,000 dollars to Clinton's sex defense fund?

<><> How did BET list its contribution to Clinton on its corporate statements?

The biggie, of course, is the tax element.

REFERENCE---Hollyweirdos rallied around Clinton to fund his lewinsky sex mess defense. Herewith are the Certified Democrat Degenerates......the scum that vilify and destroy America's Judeo-Christian ethics and values in movies promoted as being "diverse, politically correct, and socially relevant." Farrow may be fearless.

But how did this book see print, especially in light of the publisher...

The book was published for a reason, and I’m not sure we know what that reason is.

“But how did this book see print, especially in light of the publisher...The book was published for a reason, and I’m not sure we know what that reason is.”

Good question. I suspect that the dirty little secret in Democrat circles is that the Left much prefers Elizabeth Warren to Skunk Cabbage, plus people like Warren haven’t been working their tails off, often in DEPLORABLE areas of the country, just to see Hillary strip naked, mount her white stallion, and gallop into the Democrat Convention to take the top prize.

They know she’s setting up a run, but this time they’re not going to take the risk of waiting around for her to collapse again.

The publisher is Little Brown, owned by Hachette, owned by Lagardere. The Euroweenies have been churning out lots of money losing books by Deep Staters. So why publish this one?

Either Farrow’s resume is being built up to deliver a coup de grace tell all on Trump...this is a modified limited hangout and Farrow left one mother of a lot out...

Something’s going on. I’d feel better if we knew how this book came to be published.

Catch and Kill? Sounds like it’s a book ABOUT Hillary!

I hope he’s never alone and has some security.

Wouldn’t be surprised if we read a story in the next few weeks how Ronan Farrow was mysteriously found dead in his bathtub after apparently trying to make toast while taking a bath.

Frank Sinatra Jr 2 has his daddy’s Stugots and cogliones.

I’d also like to know if any of them were on the bandwagon for Trump to release his tax returns.

Firing her outright might have been a bridge too far (who knows, she might have intimidated her boss, even at that young age) but she clearly distinguished herself as the most brazen of anti-Republican partisans uninterested in due process for Nixon or any other legal niceties. In any event, she followed that performance up by taking and failing the Washington D.C. bar exam. Her penance paid, she then skeedaddled down to Arkansas with Bill to plot her comeback.

Hillary has a fetish of protecting male sexual predators. 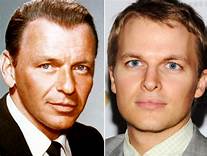 THAT is why Hillary is NOT going to be the nominee.

Farrow represents the radical young lions in the vanguard of today’s Dem Party. They want no part of her. Secretly they agree with us on how damned corrupt she is. They regard her as “too corporate” and hold her responsible for losing to Bad Orange Man.

If she gets in the water these sharks will cut her to pieces.