Vox recently published an article by German Lopez that makes a logical error. The article conflates an increase in “gun deaths” with a decrease in public safety. The jump is made from an article published last year, in 2018, where the Rand Corporation published a chart based on a number of different and dubious studies on “gun deaths”. From the previous article:

But there were some things that could be gleaned from the available evidence. While RAND as a nonpartisan group avoided any sweeping policy conclusions in its analysis, its review does seem to point in a direction, based on my own reading: More permissive gun policies lead to more gun deaths, while more restrictive policies lead to fewer gun deaths. Coupled with other evidence in this area, that supports the idea that more guns lead to more gun deaths.

The keyway the Rand compilation of studies is biased is by the focus on “gun deaths”. The major bone of contention in restrictions on gun ownership and use is *not* gun deaths. It is, first, a philosophical determination of political power;  secondarily, a question of practical effect, primarily about whether other methods will be substituted for guns in crime and suicide.  A major part of that equation is whether guns have significant benefits for defense, which has little to do with how many people are killed.

The claim is made that Rand is “non-partisan”.  The unstated assumption, made by Rand, and by Lopez, is that microscale pragmatism is the lens by which governmental decisions should be made. They implicitly reject the argument that political power grows out of the barrel of a gun.

Reality is whatever the libtards and the Brown Shirt MEdia tell us it is. Until one day it isn’t. 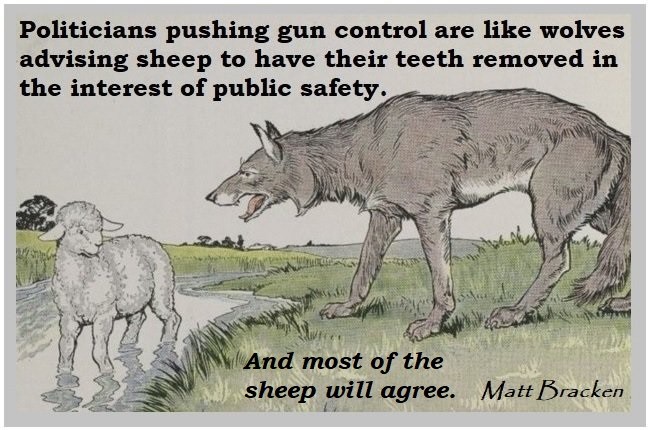 If you factor out drugs and alcohol and gang related murders, that’s about one murder per 40,000 people.

But, it is not a crisis, by any standard.

That is a good one. And unfortunately, true.

Conservatives (& RKBA & 2A types) looked at the same report and crowed about the decline in murder rates that it showed.

This also is a “logical error” because murder rates are directly linked to the quality of trauma care a shooting victim receives. Because no matter how many times you get shot, if the EMTs and the doctors can keep you alive, there is NO MURDER.

The effectiveness of trauma care always improves over time but especially so in times of war. And the US now has been at war for 18 straight years. Plus large cities and municipalities are spending more on first responder infrastructure to reduce fire and ambulance response times.

So one would expect the “murder” rate to decrease over time for the simple fact that more victims of life-threatening injury of every sort are having their lives saved by improved trauma care.

So from the standpoint of the culpability of firearms, as a stand-alone statistic a decrease in the murder rate is insignificant. You’d have to balance that against other statistics, such as the overall numbers of shootings and firearms assaults, and survival rate among GSW victims before you could begin to know whether it was news worth crowing about.

There are numerous potential variables. Clearly, emergency medical care is one.

It is nearly impossible to correct for all the variables.

The best I have been able to glean is firearms possession and carry has minimal effect on homicide rates.

My suspicion is homicide may be transferred to other targets, softer targets or transformed to justified homicide.

If that is the case, people who are armed would be less likely to be murdered. That simply seems a first order effect to me.

People kill and harm other people, some time using guns. And sometimes justifiably.