Finland attack: One dead and nine injured after 'student goes on rampage with sword'
The Express (UK) ^ | October 1 | Joey Millar

Police have confirmed a violent event at Kuopio Savo vocational school in Herman shopping centre. One person died in the incident in the eastern Finnish city of Kuopio on Tuesday, police said. They said nine others, including the attacker, had been hurt.

Finland is not Sweden.

It must not have been posted a “sword-free zone.”

Let me guess, There was NO sign of any terrorism involved, right? 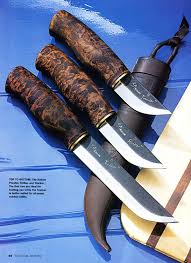 Cops now say (local news only) that the guy was born in Finland (1994), is a pure native Finn, has no previous arrests or noted reports (clean), and was carrying a saber along with a pistol. He was shot by the Finn cops as he approached them with the saber (not the pistol).

Dead person? Gal, appears to be the teacher. One odd aspect of the group of wounded (around ten)....almost all are women and ages 15 to 50. It seems that the only males in the story are the cop arriving, and the attacker.

One other aspect to the story, which the Finn cops are kinda proud of...only two shots were fired by their policeman.

Cops got the call at 12:29, and were there within minutes, having him in custody by 12:37. They later went to the guy’s house and he had some type of bomb-device that he’d been working on.

Guy was a student at the occupational college. Nothing is said about motive. No terrorism angle. Seems to be just another nutcase.