Joe doesn’t know when to shut up

Well Joe perhaps we should discuss your son?

I wish Trump was a Democrat, if he was you, wouldn’t hear a peep from the media or the Republicans.

So, in essence, Trump is merely guilty of what Joe Biden did.

Wait, wasn’t it Joe Biden that gave a Sovereign Nation six hours to fire a Prosecutor, in lieu of payment?

My word as a Biden, every Biden is dirty as can be.

Where is the Media asking why the Biden’s didn’t call the FBi?

And took the stash.

And when Bill Clinton withheld funds allotted to third-world countries until their leaders bent to his pressure to hire companies of his choosing for infrastructure development so that he got some nice juicy kickbacks, these same politicians and pundits were quiet as mice.
For those too young to know, check out Ron Brown, the bagman.

Hahahaha um Joe, you blackmailed them (for a lake of a better word) by saying “Fire this guy or no American money”...............
Thank God Pres Trump is showing the world what a corrupt man Biden is.....the media walked right into it and can not stop it now

Where’s Corn Pop when you need him?

What about what Biden said in his own words about witholdings billions in return for firing the Ukraine prosecutor
https://youtu.be/UXA—dj2-CY

EXCERPT---FOURTEEN TRILLION DOLLARS Behind The Real Size of the Bailout;
A guide to the abbreviations, acronyms, and obscure programs that make up the $14 trillion federal bailout of Wall Street
SOURCE motherjones.com --- Mon Dec. 21, 2009 12:23 PM PST

The price tag for the Wall Street bailout is popularly put at $787 billion—---the actual size of TARP--the Troubled Assets Relief Program. But TARP is just the best known program in an array of more than 30 overseen by Treasury Department and Federal Reserve that have paid out or put aside untraceable money to bail out financial firms and inject money into the markets.

To get a sense of the size of the real $14 trillion bailout, see M/J chart at web site. A guide to the pieces of the puzzle includes massive untraceable Treasury Department bailout programs.

Money Market Mutual Fund: In September 2008, the Treasury controlled by Obama/Emanuel announced that it would insure the holdings of publicly offered money market mutual funds. According to the Special Inspector General for the Troubled Asset Relief Program (SIGTARP), these guarantees could have potentially cost the federal government more than $3 trillion [PDF].

Public-Private Investment Fund: This joint Treasury-Federal Reserve program bought toxic assets from banks and brokerages—as much as $5 billion of assets per firm. According to SIGTARP, the government's potential exposure from the PPIF is between $500 million and $1 trillion [PDF].

TARP: As part of the Troubled Asset Relief Program, the Treasury controlled by Obama/Emanuel made loans to or investments more than 750 banks and financial institutions. $650 billion has been paid out (not including HAMP; see below). As of December 21, 2009, $117.5 billion of that has been repaid.

Government-sponsored enterprise (GSE) stock purchase: The Treasury controlled by Obama/Emanuel bought $200 million in preferred stock from Fannie Mae and another $200 million from Freddie Mac [PDF] to show that they "will remain viable entities critical to the functioning of the housing and mortgage markets." 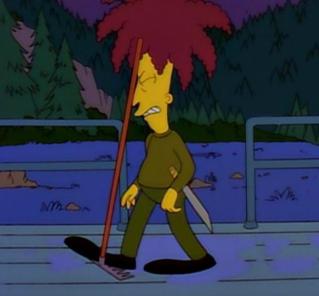 Hmmm, okay. Just tell why how it still works for them for so long.
The investigation is corrupt, okay. No questions to Biden and son from the media still.

The President should release Biden’s calls to the Ukraine and the interview Biden did where he blabbed everything.

Biden is running for president. Isn’t it in the public interest to know if Biden is colluding with a foreign govt? What about misusing the law enforcement apparatus and intelligence apparatus to bring down a duly elected president?

I heard him loud and clear about withholding the $1 billion loan from the US unless the dude that was prosecuting his son got fired. And lo and behold...he got fired. This was a live video.

16 posted on 09/21/2019 5:02:00 AM PDT by Sacajaweau
[ Post Reply | Private Reply | To 2 | View Replies]
To: All
One of the all-time bodacious federal scams was Obama’s “stimulus program.” All the Democrats got filthy rich.
Obama appointed Biden to “oversee “stimulus money distribution.” To date, still no full accounting as to
where it all went (not to worry, Hunter knows where it is).

Remember when President Obama bragged about Joe Biden’s fiscal discipline creds in 2009? “To you, he’s Mr. Vice President, but around the White House, we call him the Sheriff,” Obama warned government employees. “Because if you’re misusing taxpayer money, you’ll have to answer to him.” Fast-forward to 2012. Call in the search teams. Since being appointed the nation’s stimulus spending cop, Sheriff Joe has taken a permanent donut break.

He’s AWOL on oversight. In fact, he’s been bubble-wrapped, boxed and kept completely out of sight. The garrulous gaffe machine hasn’t sat down for a national media interview in five months.

The Democrats’ trillion-dollar “American Recovery and Reinvestment Act,” however, keeps piling up waste, failure, fraud and debt. Who benefited most? Big government cronies. According to Investor’s Business Daily this week, a new analysis by Ohio State University economics professor Bill Dupor reported that “(m)ore than three-quarters of the jobs created or saved by President Obama’s economic stimulus in the first year were in government.”

Dupor and another colleague had earlier concluded that the porkulus was a predictable jobs-killer that crowded out non-government jobs with make-work public jobs and programs. Indeed, the massive wealth redistribution scheme “destroyed/forestalled roughly one million private sector jobs” by siphoning tax dollars “to offset state revenue shortfalls and Medicaid increases rather than boost private sector employment.”

Will this Keynesian wreckage come up during Thursday night’s vice presidential debate? It should be a centerpiece of domestic policy discussion. Nowhere is the gulf between Obama/Biden rhetoric and reality on jobs wider. Remember: Obama’s Ivy League eggheads behind the stimulus promised that “(m)ore than 90 percent of the jobs created are likely to be in the private sector.” These are the same feckless economic advisers who infamously vowed that the stimulus would keep unemployment below 8 percent — and that unemployment would drop below 6 percent sometime this year. Sheriff Joe rebuked the “naysayers” who decried the behemoth stimulus program’s waste, fraud and abuse. “You know what? They were wrong,” he crowed.

But Biden was radio silent about the nearly 4,000 stimulus recipients who received $24 billion in Recovery Act funds — while owing more than $750 million in unpaid corporate, payroll and other taxes. (Cash for Tax Cheats, anyone?)

He had nothing to say about:
<><> $6B in Homeowners' stimulus energy credits showered on nearly 1/3 of credit-claimers who had no record of homeownership, including minors and prisoners.
<><> $530 million dumped into profligate Detroit public schools for laptops and other electronics that had little, if any, measurable academic benefits.
<><> the whopping $6.7 million cost per job under the $50 billion stimulus-funded green energy loan program —
<><> stimulus funded politically connected (now bankrupt) solar firms,
<><> money laundries included Solyndra ($535M ), Abound Solar ($40M), Beacon Power ($43M), A123 ($250M) and Ener1 ($119M).
<><> $1 million stimulus went to Big Bird and Sesame Street “to promote healthy eating,” which created a theoretical “1.47” jobs (about $726,000 per job created.”)
<><> hundreds of stimulus millions to govt GSA junkets in Las Vegas and Hawaii,
<><> hundreds of millions to ghost congressional districts, dead people,
<><> hundreds of millions for infrastructures to nowhere and ubiquitous stimulus propaganda road signs stamped with the shovel-ready logo.

Of course, there’s no example of unfettered stimulus squandering more fitting than the one named after Keystone Fiscal Kop Joe Biden himself. Government-funded Amtrak’s Wilmington, Del., station raked in $20 million in “recovery” money after heavy personal lobbying by the state’s most prominent customer and cheerleader. In return, the station (which came in $6 million over budget, according to The Washington Times) renamed its facility after Biden. Bloated costs.

This is the Obama/Biden stimulus legacy bequeathed to our children and their grandchildren. Sheriff Joe and his plundering boss need to be run out of town on a rail.

Wait a damn minute. You mean it’s ok for The Jaunty one (Kerry) to visit the leader of Iran and say a bunch of sh*t, yet our President can’t talk on the phone with a foreign leader? WTF is wrong with this country? It’s is past the point of putting up with this crap. I am actually getting mad as hell. Next time a democrap talks to me I’m going to clock him or her!

I hope Trump responds in kind by asking Joe for his transcripts of when he “used the power and resources of the United States to pressure a sovereign nation”.