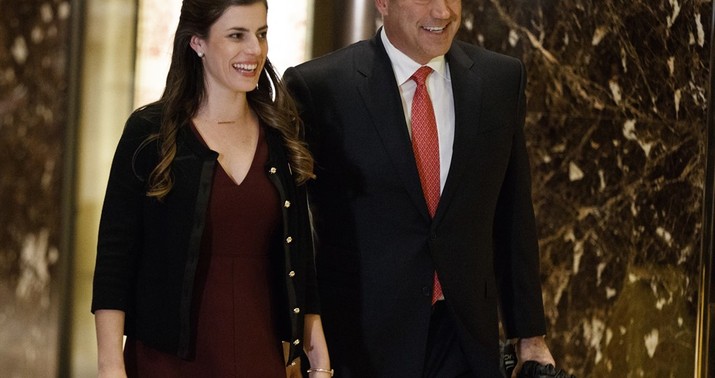 In any White House, discretion is a prized value in staffers, and perhaps even more so in the Donald Trump era. As Trump’s personal assistant in the Oval Office, Madeleine Westerhout should have known that better than most. Yet Westerhout has been shown the door, as multiple news organizations reported overnight, for sharing personal information about the First Family with reporters:

One of the sources said that Westerhout left the job because she shared personal information about the president’s family and Oval Office operations at an off-the-record dinner with reporters earlier this month in Bedminster, N.J., where a Trump-owned golf club that the president often visits in summer months is located.

All of the outlets reporting this departure call it a resignation, but they all also strongly suggest that the resignation came under considerable duress. The New York Times first reported it and noted that the sequence of events started when Trump found out she was leaking information to reporters, and that she’s already persona non grata anywhere in the White House. Needless to say, that’s not a departure on mutually agreeable terms.

Ms. Westerhout, a former Republican National Committee aide who also worked for Mitt Romney’s 2012 presidential campaign, reportedly cried on election night because she was upset over Mr. Trump’s victory. As such, the president at first viewed her warily, as a late convert to his cause who could not be trusted.

But some of Mr. Trump’s top officials — like John F. Kelly, who has since left as chief of staff — tried to turn Ms. Westerhout into an ally who could help them manage Oval Office traffic. They hoped that she could block individuals from reaching the president on the phone or in person, and that she would report back on the calls and meetings that made it through.

Ms. Westerhout’s power in the White House came almost entirely from proximity. She is not a name-brand White House aide and has never appeared on television, unless it was an accidental shot of her hovering behind her boss. But while she was not a decision maker, she enjoyed unique access to Mr. Trump.

Trump tends to be a little paranoid about working with other Republicans, but in this case his first instinct might have been correct. Karni and Haberman hint at Westerhout’s state of mind in the last paragraph of the above excerpt. Politico later reported that Westerhout was attempting a little empire-building in the White House, which might have led to a slap-down or two from more senior officials:

In the past six months, Westerhout had tried to expand the boundaries of her job to encompass a broader set of tasks and to include foreign travel, said one adviser close to the White House, who suggested Westerhout had tried to act like a de facto chief of staff. This irked several White House officials and Cabinet secretaries who thought she should stick to her primary task of serving as the president’s personal secretary with a desk just outside the Oval Office. …

The White House was buzzing for most of the day on Thursday about her potential departure — especially after officials learned that she had attended an off-the-record dinner with reporters in Bedminster, N.J., where she was said to have shared overly personal details about the president’s life.

The close White House adviser called this “the final straw” for someone who did not have many allies left in the building.

Under those circumstances, one has to wonder whether Westerhout got set up by rivals within the White House. That’s the kind of games that get played when low-level staffers try acquiring power at the expense of others with better connections. It’s just as likely, if not more so, that a lack of success led Westerhout to lose her sense of discretion and/or attempt to gain more power by manipulating the press against her real and perceived rivals.

At least, those are the fun explanations. If this turns out to be just the mundane circumstance of a secretary with trouble keeping her mouth shut after having a couple of drinks, it’ll be a disappointment. Even so, Westerhout’s exit will serve as a warning to others to keep their mouths shut whatever the circumstance might be.

Update: CNN reports that other staffers are stunned by her ouster. However, it also appears that she was on the short list of suspected leakers even before the most recent catalyst:

Westerhout’s departure comes as unwelcome news to Trump’s allies outside the West Wing. She was a constant who outlasted three chiefs of staff, and was a reliable person to call if someone needed to meet with the President.

She also carried immense weight in the West Wing. If reporters wanted to request an interview with the President, they often went around former press secretary Sarah Sanders and called Westerhout.

But her closeness also carried with it some concerns. Westerhout was one of few aides who had access to the President’s highly sensitive schedule, prompting some internal paranoia when details of meetings with few aides leaked to reporters.

She will be perhaps be remembered for her loyalty — one of the few remaining original staffers to survive the chaos of the early days of the administration and known as a true believer in Trump’s policies. But in the end, it was an act of disloyalty that undid her.

She is writing her book today!!

And vying for a show on MSNBC, but CNN is making her an offer!

Wonder how long they’ve been trying to catch her in the act.

Definitely one of the leakers, buh bye. Maybe Romney will hire her.

This is appalling. I’ll repeat myself....President Trump would’ve fared better if he had surrounded himself with loyal “little folk” Deplorables who were with him from the beginning.

“She will be remembered for her loyalty..”
Loyalty to whom? Mitt?

Trump caught her in a sting.

8 posted on 08/30/2019 7:29:31 AM PDT by dynoman (Objectivity is the essence of intelligence. - Marilyn vos Savant)
[ Post Reply | Private Reply | To 1 | View Replies]
To: SeekAndFind
also worked for Mitt Romney’s 2012 presidential campaign, reportedly cried on election night because she was upset over Mr. Trump’s victory.

Her loyalty was not to our President, but to his enemies. Good riddance.

Interesting twitter thread from Brian Cates on this subject. 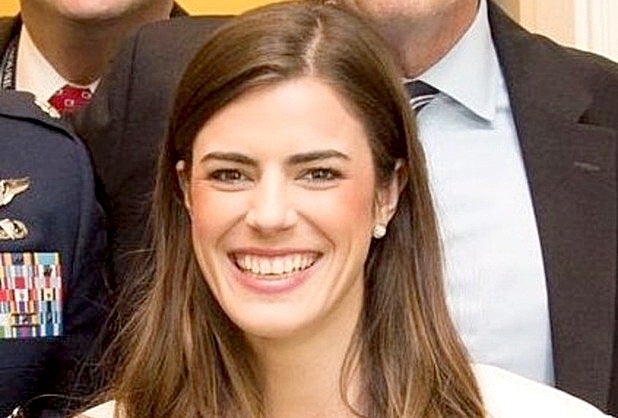 Maybe, he already did.

RNC-Romney plant. Trump should have never allowed the RNC to fill his administration with traitors more interested in damaging him and blocking his agenda.

Her boyfriend of two years.

Ben Schramm
Director, Strategic Engagement - Office of the Secretary of the Air Force

Screened and selected to engage in direct and personal contact with foreign heads of state, Members of Congress, foreign and domestic dignitaries and all guests of the President and First Lady.
Selected to serve as team leader in November 2015. Led teams of 20+ social aides in successful execution of high level events attended by the President to include the 2016 Nuclear Security Summit.
Selected to manage and lead the Marine Corps White House Social Aide program from March 2014 through September of 2016.
Awarded Navy and Marine Corps Commendation Medal.

Say what?? Sounds like she got the boot because she WASN’T loyal!!

Why in the world would any Romney person be given a detail like hers????
I love Trump, but that was stupid!!!!

I’ll repeat myself, too. Who is it that’s recommending these people for Trump to bring in? That’s who is the snake in the grass.

He had postings for many positions on the FedGov website. Did you apply?

Now you see the problem.