Portnoy threw down the gauntlet after AOC injected herself into a battle Portnoy was waging on another front over the recent formation of a union by workers at The Ringer, a sports site in competition with Barstool Sports.

This bitch needs to relax. People can have their own thoughts and feelings about certain topics.

William F. Buckley — ‘Liberals claim to want to give a hearing to other views, but then are shocked and offended to discover that there are other views.’..............

Her buddy Omar has been awfully quiet lately.

I wonder what they have planned.

We can think and say what we want, you stupid little fascist twit.

Liberals love diversity as long as it’s surface level cosmetics. When it comes to actual diversity of thought and opinion, you are suddenly a horrible person.

Annoying, but as Steve Bannon says, wish there were more people of her no holds barred hutzpah on OUR side.

probably found another brother to marry..

she wont debate and has turned down multiple challenges for debates..

you know why? she’s effing’ stupid and cannot go past the parameters of the same ole’ stupid commie talking points..

More like loud mouth crazy *ss B*yotch!
I'm a woman by the way. So I'm pretty sure I'm allowed to say that. /s

She does not want to mess with STOOLIES. Barstool Sports has a huge following of young people in the Boston, NYC an Chicago area.

Almost every Millenial knows BarStool Sports. Dave Portnoy will crush her. He made a fool of Roger Goodell. Literally a clown.

Does this mean Portnoy has a complaint?

The Barstool Stoolie trolls are the most brutal on social media. 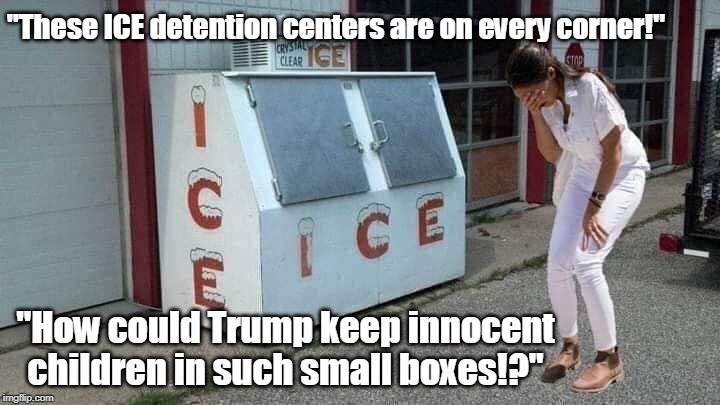 His site is not my cup of tea, but Tucker Carlson has him on once in a while - he's a hoot.

You are telling us he got Goodell to dress up in a whacky outfit with floppy shoes and a big red nose?

Of course, you’ve seen the shirt.

Go get her El Presidente’