So interesting to see “Progressive” Democrat Congresswomen, who originally came from countries whose governments are a complete and total catastrophe, the worst, most corrupt and inept anywhere in the world (if they even have a functioning government at all), now loudly......

....and viciously telling the people of the United States, the greatest and most powerful Nation on earth, how our government is to be run. Why don’t they go back and help fix the totally broken and crime infested places from which they came. Then come back and show us how....

....it is done. These places need your help badly, you can’t leave fast enough. I’m sure that Nancy Pelosi would be very happy to quickly work out free travel arrangements!

Get your popcorn now, before prices go up (from the bad season).
I like buttery with garlic salt and Parmesan.

“Not only nothing wrong, absolutely right and refreshing to read.”

“If they can keep tying Omar to the rat party, that state could be snatched from the rats’ jaws.”

There’s a whole lot of good ol’ guys and gals in MN (outside of Minneapolis, Duluth a& St. Cloud) that are absolutely sick of their state’s leftism. Sick of the over-regulation, the progressive crap, the Somali incursion and now this muzzle biotch. Heck, the old “D til I die” Lutherans may even be rethinking things...

My blue family and friends are going nuts. One has stated she will call in a hate crime on me if I post in support, put up a sign, or vote for Trump.

Not saying it was a smart thing to say, but it has brought the crazy out.

Yeah, I need a shower after that. Yeesh!

Jessie Watters remarked that by giving these reprobates a press conference like this that Dems have to embrace or reject them with full force. Glad I bought popcorn yesterday.

DONT LET THE DOOR HIT YOU IN THE ARS 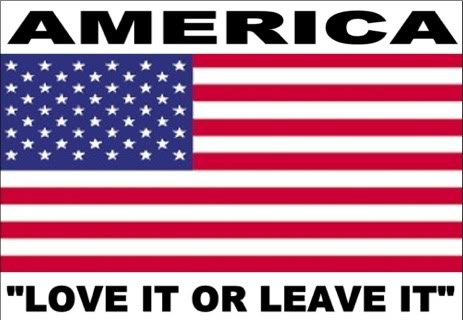 The “media” (propaganda ministry for leftists) just trotted out AOC in front of their magic omniscient cameras to call for immediate impeachment of Trump. Evidently she wants to impeach Trump for exercising his 1st amendment rights, a leftist cannot tolerate such a thing

Instead of focusing on this... http://www.freerepublic.com/focus/f-news/3764246/posts

The media and democrats will focus on his statement about the squad.

If you read the ENTIRE tweet, nothing wrong with it

93 posted on 07/15/2019 4:08:41 PM PDT by Recovering Ex-hippie ( BEST ELECTION EVER....MAGA)
[ Post Reply | Private Reply | To 86 | View Replies]
To: Jim Robinson
Absolutely correct Mr. Robinson!
The only ones that have this problem are the very ones disrepcting out Country everyday.These crazed Congress critters open their foul lies about our Country and our Law Enforcement which include our Border Patrol and Ice!
Sick how the fake news loves to try to turn this yet again against the President! God Bless Our Fearless Strong President! President Trump Continues to Tell it Like it Is!

I’ve been supporting Trump since his first speech.

What I love is that the ‘Rats think he’s crazy. You KNOW he always thinks of the outcomes. He’s always 2 steps ahead of them.

‘Rats either side with the “Fab 4” or their silence might be interpreted as support for Trump.

Love it or leave it, Commie Pinko Rat-Pigs!

...viciously telling the people of the United States, the greatest and most powerful Nation on earth, how our government is to be run.

Why don’t they go back and help fix the totally broken and crime infested places from which they came. Then come back and show us how....

Completely left out the context that made the whole tweet make sense.

At least it brought out the Four Congress Horsewomen of the Apocalypse to show how racist and ignorant they are.

It's them that play on skin color when Trumps tweet was about truth and facts.

Falsified her marriage status is where I would start.

How many people sat at the dinner table and listened to their parents talking about the riots in the streets of the 1960’s. The MOST common comment from my parents was, “if the block my car I am running them over” about UW students rioting. Second place would be about the punks at the Chicago convention, the consensus was “they deserved a beating”. I don’t think times are all that different. The biggest difference is the media choosing sides so totally.