A former Secret Service agent assigned to the Vice President Joe Biden residence claims that the Service often had to protect female agents from him. Speaking on the condition of anonymity, the agent asserted that, “We had to cancel the VP Christmas get together at the Vice President’s house because Biden would grope all of our wives and girlfriend’s asses.” The annual party was for agents and Navy personnel who were tasked with protecting the Biden family.

“He would mess with every single woman or teen. It was horrible,” the agent said.

According to the source, a Secret Service agent once got suspended for a week in 2009 for shoving Biden after he cupped his girlfriend’s breast while the couple was taking a photo with him. The situation got so heated, the source told Cassandra Fairbanks, that others had to step in to prevent the agent from hitting the then-Vice President.

Additionally, the agent claims that Biden would walk around the VP residence naked at night. “I mean, Stark naked… Weinstein level stuff,” he added.

He said that the men on duty would frequently stand in front of female agents and Navy women that were present “like a damn guardian.” On some occasions, they would make up reasons to get the women away from where he was.

The agent said he was specifically concerned about women in the Navy.

“They weren’t allowed to disobey him at all, but we’d take them away under pretend auspices,” the agent stated.

The official Vice Presidential residence is the Queen Anne style house at One Observatory Circle in Washington, DC, which is located on the northeast grounds of the U.S. Naval Observatory. The property is maintained and cared for by the service branch.

“Agents say that, whether at the vice president’s residence or at his home in Delaware, Biden has a habit of swimming in his pool nude,” Kessler wrote. “Female Secret Service agents find that offensive.”

Our source confirmed this sentiment, adding that “it was especially an issue at his Delaware house that he would go to every weekend.”

“He would only get naked when Jill was absent,” he added.

Biden has also long been criticized for his contact with women and girls in photos and videos, and was even referred to as “Creepy Uncle Joe Biden” by the Washington Post.

In a report from the Washington Examiner titled, ‘Joe Biden’s Woman Touching Habit,’ Byron York wrote that he has a tendency to be “particularly affectionate with women in business and social situations, like the 2013 Christmas party at which he embraced reporter Amie Parnes.”

The agent also worked under the Bush administration, and added that Vice President Dick Cheney “never grabbed any butts or breasts.”

We have reached out to a Biden spokeswoman for comment, but did not receive a response by time of publishing.

Fair point, when my cousin was in the Navy they were all sailors and midshipmen if they went to OCS. Rarely applied the soldier term, though obviously the guys who went Special Forces or got tasked to ground combat duty for whatever the reason, got the soldier tag too.

> However the Christmas party being canceled is perhaps a conformable event that a family member might talk about, why the party got canceled this year. <

Good point. Bernie Sanders is too befuddled to look into that. But I think Hillary still wants to run again. And she needs Slow Joe out of the way. Perhaps the Clinton Foundation will be hiring a few private detectives soon.

62 posted on 05/13/2019 7:30:00 AM PDT by Leaning Right (I have already previewed or do not wish to preview this composition.)
[ Post Reply | Private Reply | To 56 | View Replies]
To: Javeth
Biden sniffs Eva Longoria at same Democrat event he sniffed Flores who went public. 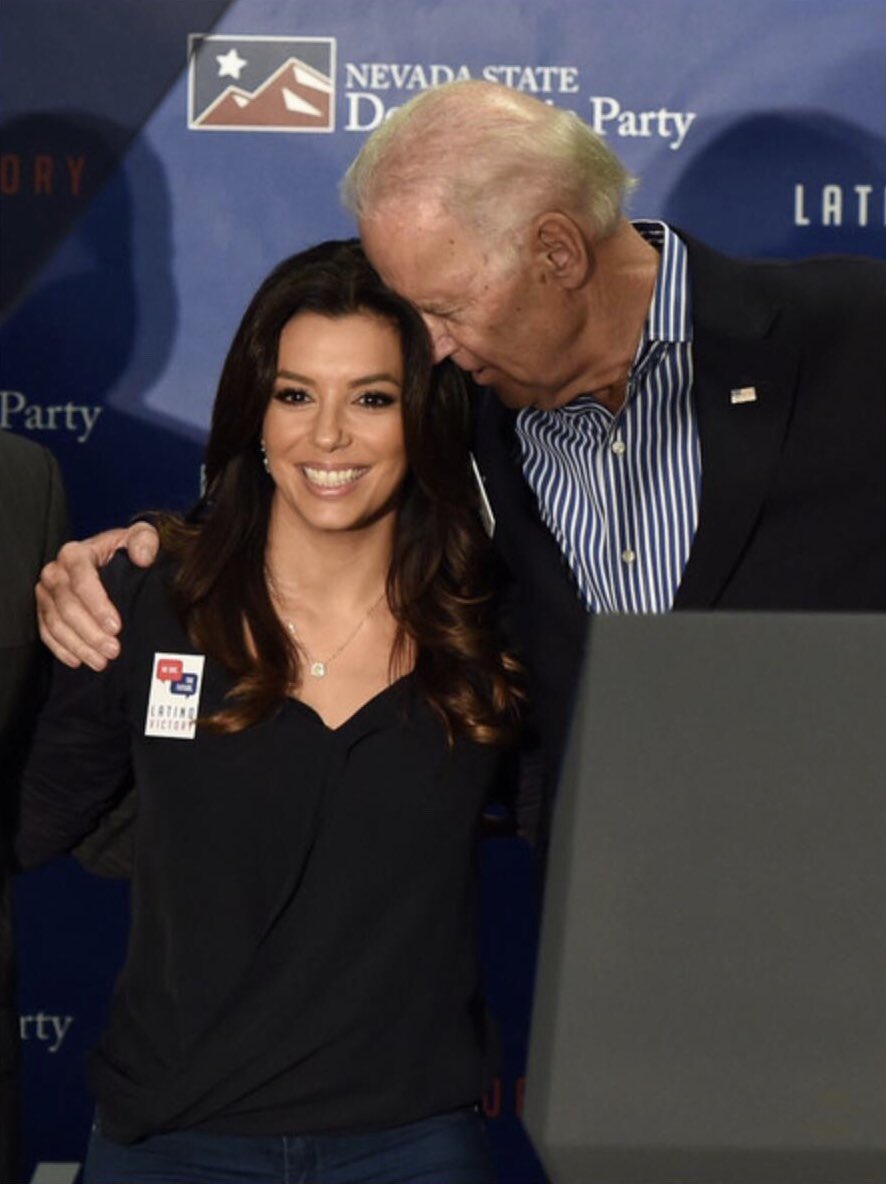 if that is not photoshopped, then joe biden is sick and should seek professional help.

Understandable, but the pictures and videos speak for themselves, and if anything Gateway Pundit has been vindicated by other articles more recently, including in the NYT itself, documenting many of the same things Gateway Pundit did and more. So even if this particular source may have seemed at first questionable it’s been corroborated, GP just got the scoop.

I am here till Tuesday, try the Veal....

Agreed! This isn’t the time for fighting like gentlemen or “staying above the fray”. Beating the corrupt, degenerate Dems and their establishment donors today requires nothing less than full bore battle mode, and taking the biggest guns to the gunfight. Trump understands this, it’s why he succeeded while self-styled “honorable” opponents like McCain and Romney were losers. Fighting and fighting dirty are the only way to beat these creeps.

Recall the bent one had groupies in the media willing to strap on knee pads to fellate him.

There will be similar news groupies willing to offer him a breast or a cheek to grope.

No surprise. Biden has been a major league asshole for a long, long time.

Anybody on the right making hay about it would be vilified by millions of leftists speaking in one voice and the vilification would continue until that person is shamed into oblivion for daring to speak the truth.

The leftists are the ones who get so fired up about any accusation about a republican, so it’s time for them to hold one of their own to the same standard.

I saw a video a couple of weeks ago at some function. Jeff Sessions was fixing his granddaughters dress or something and Biden reached out to touch her. Sessions got in between Biden and the girl and moved her away. He had a real frown on his face too.

What happened...did they forget to put the brain back in?

Lol! I think an argument can be made.

Good for Sessions. I always found him to be a stand-up and courageous man, damn unfortunate he got trapped in that bind at DoJ. He was one of the few to stand up early on against the Dems and Senate RINO backstabbers like Marco Rubio and Lindsey Graham pushing that CoC/Zuckerberg/Koch Brothers immigration bill in 2013. If given the chance even at his age, I can see him rolling up his sleeve and delivering a solid right hook to the jaw of a creep like Joe Biden for such offenses. Hope he can get back into the admin in some fashion, with all his flaws he’s got a stiff spine when the situation calls for it.

Agreed. By now the hypocrisy of the Left and MSM has reached comical levels, the way they overlook their own supposed cherished ideals when they want to place one of their own on a pedestal. MSNBC and CNN were pushing the #metoo and #timesup thing non-stop when it suited them. But now when one of their own is implicated even more egregiously than some of the worst Hollyweird offenders, they’ve suddenly gone silent. Like you say they’d probably offer up some of their own to Gropester Biden if they figured they could get a good story out of it.

The Republicans were afraid that the RATs and the MSM (I repeat myself) would call them nasty names so they said nothing.