A ‘BRITISH’ gunman who is believed to have filmed himself slaughtering Muslims in a New Zealand mosque wrote a chilling manifesto before the “terrorist attack”.

The white-supremacist shooter, 28, who was born in Australia, said he wanted to take revenge for the "thousands of European lives lost to terror attacks".

He boasted that he chose to use firearms so he could influence politics in the US.

“Finally, to create conflict between the two ideologies within the United States on the ownership of firearms in order to further the social, cultural, political and racial divide within the United states," he wrote.

“This conflict over the 2nd amendment and the attempted removal of firearms rights will ultimately result in a civil war that will eventually balkanize the US along political, cultural and, most importantly, racial lines.”

The suspected shooter described himself as an "ordinary white man born in Australia to a working class,low income family."

yes, John Podesta has just left New Zealand and is in Australia now:

11 March: New Zealand Herald: Former White House adviser John Podesta praises ‘superstar’ Prime Minister Jacinda Ardern
Hillary Clinton’s former presidential campaign manager has labelled Prime Minister Jacinda Ardern a “superstar”...
Podesta also gave his views on United States President Donald Trump, saying he is “completely unfit and unqualified to be President of the United States”.
He said there is a huge amount of division within politics – and Trump was an example of that.
“You see it with the building of the wall. It’s largely a politics of fear and a politics of racism and add to that his misogyny and it’s a toxic mix.”…

Podesta said the real question was who could successfully prosecute a case against him.
However, when asked whether trying to prosecute Trump was the wrong strategy, he said the Democrats were in a tricky position, but they could not ignore criminal acts.
“The Democrats in the House do have some responsibility to make sure the justice system is functional.
“I don’t think people can look the other way from criminal acts.
“His national security adviser, his campaign chairman, his deputy campaign chairman, his senior policy adviser have all pleaded guilty to criminal acts.”…
https://www.nzherald.co.nz/nz/news/article.cfm?c_id=1&objectid=12211429

New Zealand Police Commissioner Mike Bush says the police have 4 people in custody: 3 men and 1 woman from the 2 mosque shootings

This is what I wrote on another thread about the shooting. I agree with you.

The SOB mentions Trump one time. So of course Trump will be blamed. He also writes that he was mostly inspired in his view point and the need to take action by Candace Owens. Now as far as I know Owens does not advocate for violence and never has. So that one comment raised a red-flag to me.

Candace is associated with Trump and pro 2nd Amendment. Signaling her out makes me believe this guy was coached by radical Leftists on what to write in his manifesto. Some of it is no doubt his own. But I think part of it is a mash up Aryan Nation/The Brotherhood talking points included as mis-direction. Sort of a Progressive’s bogeyman.

The mention of the US, especially the 2nd Amendment also tells of involvement of somebody here. And not a Conservative or even a more strident Right Winger. I almost hate to go here but to me it does have “Deep State” written all over it.

Assuming he really is a white nationalist them of course he would worry about the most powerful country on earth that is mostly white. I don’t think these people are crazier than any other ideologues. Unfortunately the issue of population replacement is real, and being associated with these people makes it more taboo to talk about. 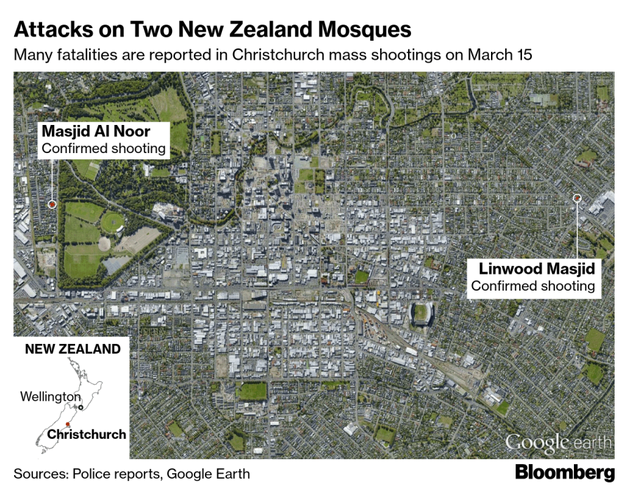 50 posted on 03/14/2019 10:51:06 PM PDT by caww
[ Post Reply | Private Reply | To 36 | View Replies]
To: Trump20162020
“Finally, to create conflict between the two ideologies within the United States on the ownership of firearms in order to further the social, cultural, political and racial divide within the United states," he wrote.

“This conflict over the 2nd amendment and the attempted removal of firearms rights will ultimately result in a civil war that will eventually balkanize the US along political, cultural and, most importantly, racial lines.”

This guy sounds like a damned Leftist, and those people do NOT support Trump.

I know what you mean.

Might I point out that one of the ways to fight them back is to always refer to this as the FACEBOOK SHOOTING or something similar. By there own standards Facebook should have its ISP yanked out from under it, and all financial companies should stop doing business with them.

I’m not the one who put this in breaking news but one article about this attack should certainly be in the breaking news sidebar and I don’t see any others there.

The guy’s manifesto is like the one who killed all those kids on an Island in Norway.

The sick video, or his loony “manifesto”? Or both?

>>“The Democrats in the House do have some responsibility to make sure the justice system is functional.
“I don’t think people can look the other way from criminal acts.

Unless those criminals acts are committed by Lord God Obama, Queen Bitch Hillary, or Eric Witholder

Just heard the news in Australia say he called himswlf a fascist. Talk about editorializing to git their agenda. The guy was a nut with semmingly opposing world views cherry picked to fit his madness!

“used by Ukrainian neo-Nazi faction backed by US”

The ghost of McStain?

Wow! That's insane. I don't know what to make of this now. A cell of crazed eco-fascists!?