The St. Petersburg Concert Choir sang the song in St. Isaac’s Cathedral during a concert celebrating Defender of the Fatherland Day, a holiday that honors Russia’s armed services every Feb. 23.

The lyrics translate in part: “On a nuclear-powered submarine, with a dozen bombs just under 100 megatons, I crossed the Atlantic and called up the gunner: ‘Point, Petrov, toward Washington, D.C.,’ I say.”

"Forgive us, America, good old America, but it was a shame you were discovered 500 years ago," the choir continued.

The St. Petersburg Concert Choir disabled the comment option on its social media page after being flooded with indignation, The Associated Press reported.

On Tuesday, the choir dismissed the criticism as “repulsive” and defended its performance as true to the original.

“We don’t rewrite the lyrics for the sake of political correctness or other state of affairs,” it said in a statement.

The video appeared around the same time that Russian state television identified several U.S. military facilities that Russia could target in the event of a nuclear war.

“To be honest, they shouldn’t have sung it in St. Isaac’s Cathedral,” Andrei Kozlovsky, the author of the song, was cited as saying by the Fontanka news website.

“Nothing good will come of it,” he added.

TOPICS: Russia
KEYWORDS: Navigation: use the links below to view more comments.
first 1-20, 21-39 next last 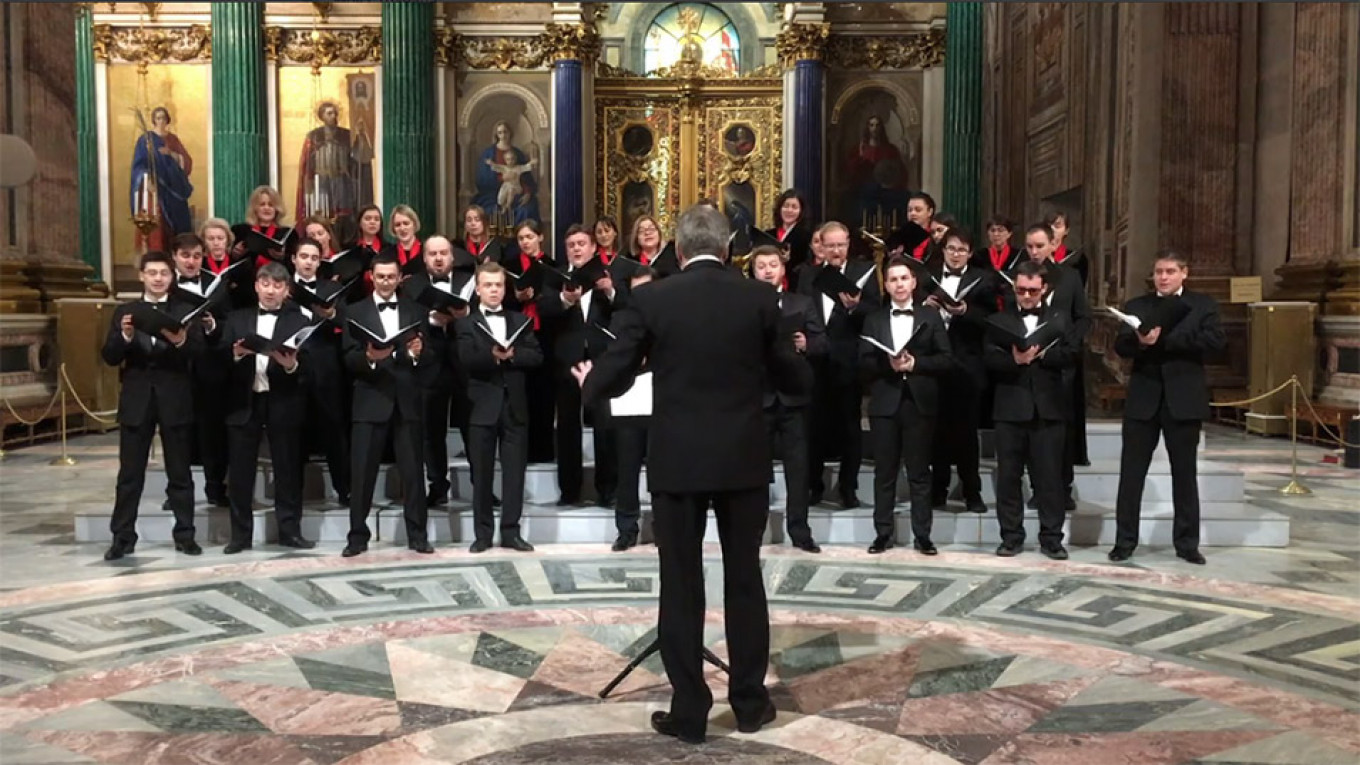 We’d be so lucky..DO IT!! The nasty snake pit needs to deswamped!!

This is the Russian sequel to the North Korean comedy movie The Interview.

The Interview opens with this little girl singing about Americans will die, choking on their own blood, etc.

6 posted on 02/26/2019 2:36:13 PM PST by DanielRedfoot (Liberalism is a mental disorder, and is revealed through abject stupidity)
[ Post Reply | Private Reply | To 1 | View Replies]
To: CondoleezzaProtege

I’d bet a few of our resident Putin buttkissers are in the chorus.

America-haters and Israel-haters are so childish. This was shocking for me to read, since it so closely resembles what the palestinians teach their children vis-a-vis Israelis.

I thought the Russians were better than that. So I am suspending my sense of credulity on it for the moment.

Russian state TV on Sunday listed potential targets in the U.S. in the event of a nuclear strike and claimed that its new hypersonic missile technology could reach them in less than five minutes.

Reuters called the report “unusual even by the sometimes bellicose standards of Russian state TV.” The targets included the Pentagon and Camp David. The report came days after Russian President Vladimir Putin warned the U.S. against deploying intermediate-range missiles in Europe. ..."

The Guardian reported that other U.S. sites included Maryland’s Fort Ritchie, McClellan air force base in California and Jim Creek naval communications base in Washington state.

Quite a few people here seem so naive and ill-informed about the Russians. Please see the thread I linked to above.

I don’t think McClellan is a USAF base any longer. The last BRAC closed it.

As long as they did it while President Trump was absent it would likely improve the country.

They -only- sang about nuking DC?

We should be so lucky. even he fallout would head into the Atlantic, maybe New York. My only fear is that some continuity of government plan might work and the same morons would emerge from a cave in a few weeks and happily tell us they were still here to lead us.

We ought to at least get a new government outta the deal.

It would be terrible if a nuke landed on DC. I would hate for something like that to happen. Just a shame.

“Quite a few people here seem so naive and ill-informed about the Russians.”

Me too; I thought it was communism that turned Russians into jerks. I was wrong. That chorus lamenting America’s existence for 500 years proves that Russian think they hung the moon and we just got in the way of their imperialistic ambitions.

Their Church is also supremacist and imperialistic; Russia forbids missionary work by other denominations; they regard Moscow as the “Third Rome”. There’s a Russian Orthodox church in my not so large Southern city. On their website the very first option is how to convert to Russian Orthodoxy!

I don’t think it’s possible to be friends with Russians, not anymore. Thought 1991 was a sea change. Putin has proven otherwise; Russians prefer a strongman to democracy.

19 posted on 02/26/2019 3:24:27 PM PST by PGR88
[ Post Reply | Private Reply | To 6 | View Replies]
To: CondoleezzaProtege
I see the Moscow Times is upset that a Russian Choir might nuke the Times Deep Swamp/Globalist MSM/NGO handlers in Washington DC.

Well that's what ya get when ya give nukes to Choirs.