The nine Democrats selected by House Speaker Nancy Pelosi (D-Calif.) to serve on the Select Committee on the Climate Crisis received a combined $198,000 from fossil fuel industry political action committees in the 2018 election cycle.

The majority of the donations went to Rep. Ben Ray Lujan (D-N.M.), who raised $117,000 from PACs connected to oil, gas, mining and electric utility corporations. Those donations constituted 6 percent of all contributions raised by Lujan. The rest of the appointees received scant funds from fossil fuel PACs. The data comes from the Center for Responsive Politics, a nonprofit that classifies campaign donations by industry.

Rep. Mike Levin (D-Calif.) was the only member named to the committee who has signed pledges promising not to raise money from corporate PACs or the fossil fuel industry. Prior to signing the No Fossil Fuel Money Pledge, he did receive $1,500 from the National Association of Truck Stop Owners, a trade group that lobbies on behalf of highway gas stations for truckers.

And pull their gas discount cards while you're at it.

Bill clinton got $500,000 for speaking in russia while Hillary was Sos.
Investigate that.

The real "green" they're excited about.

It's a classic protection racket.

It'd be a shame for your fossil fuel business if we passed some regulation that bans fossil fuel, wouldn't it.

The new mob, same as the old mob.

Protection money. Just like one would make to the mafia. “Nice bidness yous got here. Hate to see somethin’ happen to it.”

Energy companies love environmental restrictions. It gives them the ability/excuse to charge more and produce less. 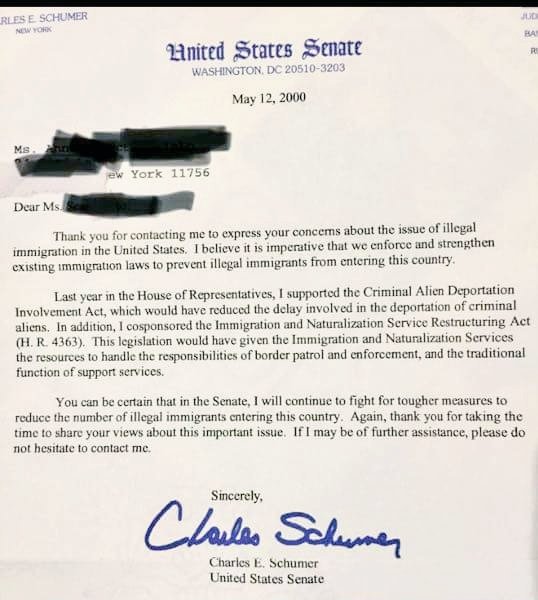 Liz, YEAH...WHAT SCHMUCKY WROTE!!
You need to post that letter EVERYWHERE.
“Hoist on his own pitard doesn’t quite cover it”.