President Trump said late Wednesday that he would deliver his State of the Union address after the ongoing partial government shutdown is over.

"As the Shutdown was going on, Nancy Pelosi asked me to give the State of the Union Address," Trump wrote in a tweet. "I agreed. She then changed her mind because of the Shutdown, suggesting a later date. This is her prerogative - I will do the Address when the Shutdown is over."

Trump clarified earlier statements suggesting he may do an “alternative” State of the Union, writing that he was not seeking an alternative venue because "there is no venue that can compete with the history, tradition and importance of the House Chamber."

"I look forward to giving a “great” State of the Union Address in the near future!" he added.

How is he caving? He’s still going to be giving a SOTU address, but it will be at a time of his choosing. She can’t play games once the shutdown is over, and that will take away any leverage she thinks she may have. In the meantime, he gets to screw with the Dems.

Now they can impeach him for not doing the SOTU

So what does Pelosi do for an encore? The Democrats are getting restive.

Perhaps her replacement as Majority Speaker for the House (Alexandria Ocasio-Cortez, anyone?) will make the next move.

Why is it a good place so the demon Rats can sit there and smird laugh and have all the illegals and musliums there??

It is going to more than this for me to go over to the darkside but I am disappointed. He should have taken this to another venue, and started a new tradition for this young century.

I guess from a simplistic power-play point of view — one could say Pelosi won and Trump caved and lost on this skirmish.

I don’t think Trump wanted to give the SOTU under these circumstances. Perhaps he believes he can use the SOTU to better advantage after the shutdown is over.

Go take a Xanax and go to bed. 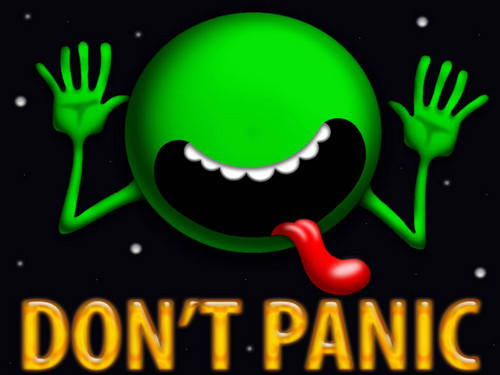 And the sun will rise tomorrow.

This makes it look like Nancy won and you best believe that she's going to play it that way AND the MSM is going to laud her for it!

You think Chucky Schumer wouldn't have pulled the same stunt if Trump tried that, and promptly insisted that the U.S. Senate chamber WON'T be hosting a SOTU address because it would be "inappropriate" during a government shutdown? Heck, it would be "inappropriate" regardless, because there aren't enough seats in the Senate chamber to host a joint session of Congress, that's why joint sessions are always held in the House chamber. You simply couldn't pack hundreds of politicians, guests, and media figures into the Senate chamber.

There's a simple solution to this where Trump could have saved face. Prior to 1913, the standard procedure for a SOTU address was to send it as a written message to Congress. (and the "abolish the 17th amendment" crowd claims ANYTHING and everything Woodrow Wilson started in 1913 is AUTOMATICALLY evil, so presumably giving SOTU speeches before Congress is evil, too) Furthermore, THREE times in history (1945, 1956, 1973) the SOTU was delivered as a written message to Congress, followed by a public address by the President, summarizing to the American people what his goals for Congress are.

Trump should have just delivered his SOTU text to Congress on the day the speech was scheduled, and then promptly followed it up with a public address from the oval office a few hours later, where he used the bully pulpit to make his case directly to the voters. As an added bonus, the RATS would probably be blindsided by that and not have time to do the traditional prepared "Democratic response", and there wouldn't be all that annoying media coverage of various leftist figureheads the RATs invited to the SOTU address, like having some "trangendered" individual in the audience looking all sad and crestfallen as the media gleefully zooms in on a camera while Trump is speaking.

I imagine your brains and abilities are no where near what Donald Trump has, then.

You’re dreaming!
Unless the vast majority of the Congress Critters in the House, take down over Botoxed Nancy, she will NEVER give Trump the almost 6 Billion for the wall! And IF Trump caves, the libtards and COMMIES win and WE lose!