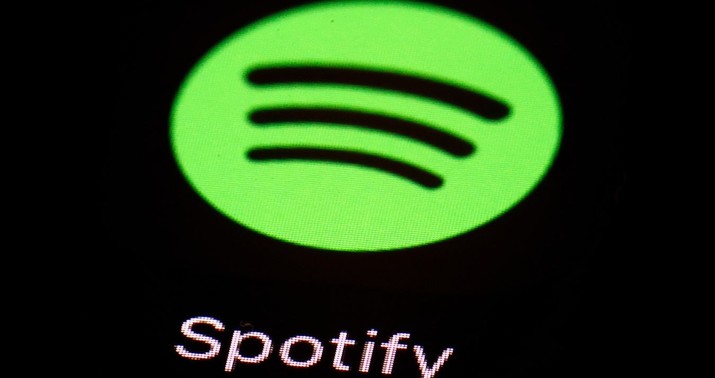 Spotify, the streaming music company, left its San Francisco headquarters in the Mid-Market area over concerns about the safety of its employees. The departure means the company will no longer be eligible for special tax breaks given to a number of tech companies who moved into the area including Twitter. From the San Francisco Chronicle:

The Swedish tech company leased three floors of office space in a 1922 building at 988 Market St. that includes the Warfield theater concert venue. It was a “perfect fit” for the music-focused company, Spotify said at the time.

But in the past month, the company moved out before its lease ended — and will no longer be eligible for the controversial Mid-Market payroll tax break…

The change was motivated in part because some Spotify workers felt unsafe, said two former Spotify workers, who requested anonymity to avoid repercussions from former or current employers. The Mid-Market and Tenderloin neighborhoods have some of the highest violent crime and poverty rates in the city, according to government data.

Last year, a female Spotify employee was slapped in the face by a homeless woman near the office, the former employees said. A person in the real estate industry familiar with the building who was not authorized to speak publicly about the episode also confirmed that the incident happened.

“There were safety concerns,” one of the former employees said, including drug dealing on the corner. “I think it really alarmed people.”

Spotify’s new headquarters is located in the financial district near the headquarters of Bank of America and Wells Fargo.

Earlier this year a major medical convention announced it would not be returning to San Francisco because of concerns about street people and safety. That one decision cost the city approximately $40 million in tourism dollars which will presumably go to a city with cleaner streets.

In August the SF Chronicle reported the city was receiving 78 calls a day about human feces. The city announced it was launching a “poop patrol” to clean up the mess.

Last month the city passed a new proposition designed to double the amount ($300 million) already spent on the homeless. Proposition C is a tax on top earning companies which proponents say needed a simple majority to pass. It got that and more. However, opponents argue a measure which directs money to a specific issue requires a two-thirds majority to be approved. Since the measure didn’t get that, the issue is now tied up in court.

Tracking poop into the foyer?

The Pittsburgh Business Times just published an article about how tech companies are now shying away from Downtown.

One of the reasons given (and I am NOT making this up) is that young Millenial techies apparently don’t like having to share a building with guys who wear suits.

Wow. Here’s a company that puts safety concerns over being politically correct. San Francisco will have to figure out some way to fine them for this outrageous behavior.

I hate to be in the position of stereotyping groups - but wouldn’t it stand to reason that a lot of tech company employees (like Spotify’s) are millennials?

Isn’t this age group supposed to be tolerant of diversity of free expression? if so, they should feel right at home in downtown SF and embrace that diversity?

They strike me as typical liberal inner city NIMBY’s.

I saw Motorhead at the Warfield in 1983 - mid-Market was a lousy area even back then. Very close to downtown - it ought to be a multi-billion dollar office/entertainment zone. But when the Board of Supervisors is determined to single-handedly overthrow capitalism by turning your city into Calcutta, there is no way to gentrify it without spilling blood.

Our current Mayor is trying his best to turn us into San Francisco on the Monongahela. So perhaps the newspaper is just avoiding the REAL reasons.

“San Francisco on the Monongahela”

What can a Swedish company in an internet based business achieve by being in San Francisco that they could not in some Swedish city or even some other US city? Is it proximity to VC money? Talent? Something else?

“The Swedish tech company leased three floors of office space in a 1922 building at 988 Market St. that includes the Warfield theater concert venue. “

Having made dozens of excursions to San Francisco in my youth and before its’ demise, I can tell you THAT neighborhood has always been full of junkies and whores of every stripe.

Even reaching back to to the beat era of the late 50s.

Whomever sold that property made a killing compared to its real worth.

Even though The Warfield was always a great music venue.

Now I venture no further in than the War Memorial Opera House, use valet parking then get out as quickly as possible. Maybe take a cab to Aliotos for dinner to watch the sunset over the Golden Gate before the show.

But I do not walk the streets. And I will not abandon this great city until I see her burned to the ground.

There’s a LOT of cops in San Francisco, but nobody knows what they do.

14 posted on 12/12/2018 10:13:56 AM PST by Mariner (War Criminal #18)
[ Post Reply | Private Reply | To 1 | View Replies]
To: Mariner
My mother grew up on 19th avenue, I was born in San Mateo in 1965 and lived in the bay area for many years. Left in 78 but have visited many times over the years. Was dating a woman who lived in Mill Valley, such a gorgeous place and SF is special but it has gone downhill. The silicon valley mentality was disgusting and they only way they can survive is because of the obnoxious amount of money they have. They live in a bubble.

My grandfather used to bring me all over the city, most of it was safe and fairly clean, now it is a crap hole. Such a waste, stay safe and enjoy what you can.

and there’s the smell from the piles of Obama/Nancy

Decades ago I worked in San Francisco for about a year. The city itself was beautiful, but quite a few of the inhabitants were already bizarre and twisted. I didn’t venture into Oakland due to crime. The situation there seems to have deteriorated. I am concerned that a former mayor of Bizarro World is now our state’s governor.

Guess Spotify got tired of spots on the sidewalk. They’re now looking for a better spot.

Guess Spotify got tired of spots on the sidewalk. They’re now looking for a better spot.

Remember when a woman could push their baby carriage down Market street? The Warfield is quite a venue but one LONG DARK block to the nearest bart station. Ushers for one show appeared to be homeless hires.1169 Market is now gone. Pretty pathetic stretch. I believe it started with Hong Kong going to the Chicoms. They brought their money and non-involvement crowding everyone out. Even blacks left this liberal utopia. DMV registrations confirm why traffic is now a bitch. Willie Brown with his connections turned the city(Soma)into another Manhattan.