Scientists behind a major study on ocean warming this month are acknowledging errors in their calculations and say conclusions are not as certain as first reported.

The research, published in the journal Nature, said oceans are warming much faster than previously estimated and are taking up more energy than projected by the U.N. Intergovernmental Panel on Climate Change (IPCC) [Climatewire, Nov. 1].

After a blog post flagged some discrepancies in the study, the authors, from the Scripps Institution of Oceanography in San Diego, California, and Princeton University in New Jersey, said they would submit a correction to the journal.

The overall conclusion that oceans are trapping more and more heat mirrors other studies and is not inaccurate, but the margin of error in the study is larger than originally thought, said Ralph Keeling, a professor of geosciences at Scripps and co-author of the paper.

"These problems do not invalidate the methodology or the new insights into ocean biogeochemistry on which it is based, but they do influence the mean rate of warming we infer, and more importantly, the uncertainties of that calculation," said Keeling in a statement on RealClimate.org.

He added that he accepts "responsibility for these oversights, because it was my role to ensure that details of the measurements were correctly understood and taken up by coauthors."

Scripps corrected a news release on its website, with a statement from Keeling.

"Obviously this is difficult but I am glad we are setting it right," said Laure Resplandy, an associate professor of geosciences at Princeton who was the disputed paper's lead author, in an email.

A spokesperson for Nature said "issues relating to this paper have been brought to Nature's attention and we are looking into them carefully. We take all concerns related to papers we have published very seriously and will issue an update once further information is available."

The errors were pointed out by British researcher Nic Lewis on the blog of Judith Curry, a former professor at the Georgia Institute of Technology's School of Earth and Atmospheric Sciences who has questioned the accuracy of some climate models.

"Just a few hours of analysis and calculations, based only on published information, was sufficient to uncover apparently serious (but surely inadvertent) errors in the underlying calculations," Lewis wrote.

The study suggested greenhouse gas emissions may need to be cut much faster than anticipated to meet climate targets, because of more aggressive ocean warming calculated in a new model. The team examined changes in atmospheric ocean and carbon dioxide levels to assess how the ocean's heat content has changed over time.

Keeling said the team incorrectly assessed oxygen measurements. Ocean warming likely is still greater than IPCC estimates, but the range of probability is more in line with previous studies.

"The more important message is that our study lacks the accuracy to narrow the range of previous estimates of ocean uptake," Keeling said in an email. He thanked Lewis for pointing out the anomaly.

Gavin Schmidt, director of the NASA Goddard Institute for Space Studies, said it's not unheard of for there to be occasional errors in peer-reviewed studies.

"The fact is that science is complex, and when you have a lot of different steps from people in different sub-fields, it is understandable that some things slip through the cracks," Schmidt said. "While it's initially embarrassing, post-publication review is helpful and ultimately constructive."

In the past, scientific debates about climate science have prompted skeptics to attack mainstream climate science generally. Some climate scientists said they are concerned that could happen again in this case and the outcome wildly misinterpreted.

When asked about the response of skeptics, climate scientist Michael Mann of Pennsylvania State University in State College said, "We can't worry about that."

"We have to just call it as we see it, do good science, put it out there, defend it and, when necessary, correct it. That's the legitimate scientific process, and it stands in stark contrast to the tactics employed by the forces of pseudoscience and antiscience," Mann said.

This morning the website Climate Depot, which frequently targets mainstream climate science, sent out an email with the headline, "Skeptic review dismantles study." 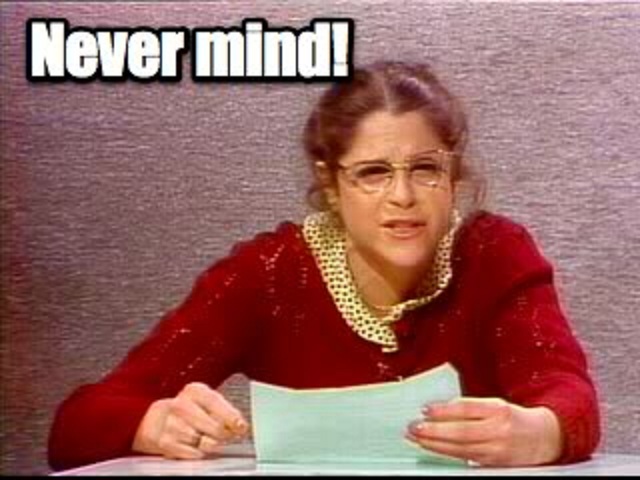 Especially when you build your conclusion first, then design your findings to match it. 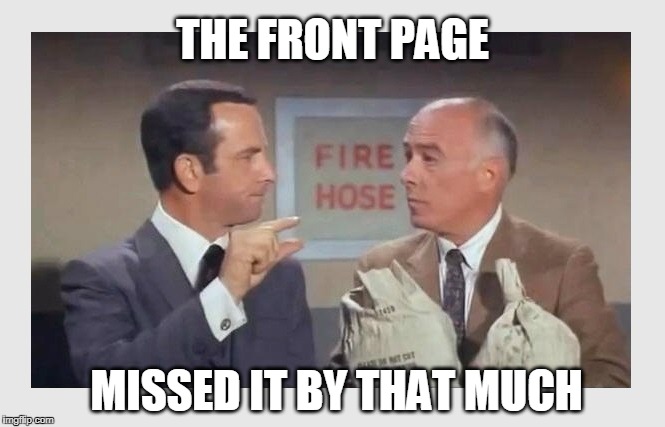 On the other hand, we’re expected to blindly accept global warming as ‘settled science’.

The Earth Is Eating Its Own Oceans

As Earth's tectonic plates dive beneath one another, they drag three times as much water into the planet's interior as previously thought.

Those are the results of a new paper published today (Nov. 14) in the journal Nature. Using the natural seismic rumblings of the earthquake-prone subduction zone at the Marianas trench, where the Pacific plate is sliding beneath the Philippine plate, researchers were able to estimate how much water gets incorporated into the rocks that dive deep below the surface.

The find has major ramifications for understanding Earth's deep water cycle, wrote  marine geology and geophysics researcher Donna Shillington of the Lamont-Doherty Earth Observatory at Columbia University in an op-ed accompanying the new paper. Water beneath the surface of the Earth can contribute to the development of magma and can lubricate faults, making earthquakes more likely, wrote Shillington, who was not involved in the new research.

Water is stored in the crystalline structure of minerals, Shillington wrote. The liquid gets incorporated into the Earth's crust both when brand-new, piping-hot oceanic plates form and when the same plates bend and crack as they grind under their neighbors. This latter process, called subduction, is the only way water penetrates deep into the crust and mantle, but little is known about how much water moves during the process, study leader Chen Cai of Washington University in St. Louis and his colleagues wrote in their new paper.

"Before we did this study, every researcher knew that water must be carried down by the subducting slab," Cai told Live Science. "But they just didn't know how much water."

Check out this other thread I just posted...

The Earth Is Eating Its Own Oceans
https://www.freerepublic.com/focus/chat/3706156/posts

I watched Mark Levin, Saturday and the Russians, in addtiion to controlling our elections, who get this global warming crap correctly or mostaccurately. The western studies do not.

Hey, the pay is better.