Four years ago a seemingly invincible US senator came within a percentage point of losing his seat in an unexpectedly close election. Mark Warner was pretty moderate as far as Democrats go, a good fit for a state, Virginia, that had drifted out of the Republican column in the last two presidential elections and just elected a full slate of Democratic statewide officials a year before. But midterms are when presidents and their parties get rebuked, and Warner, a telecom millionaire who had once been tipped as presidential contender, took his support for granted. The Republican, lobbyist Ed Gillespie, was supposed to be hopeless, but he nearly claimed what was supposed to be a safe Democratic seat for the GOP.

Texas has been solidly Republican for a lot longer than Virginia has been Democratic, and by a wider margin. But that makes the fact that Ted Cruz has only a single-digit lead over his Democratic opponent, Beto O’Rourke, all the more remarkable. Polls suggest Senator Cruz is in trouble, and if the overwhelmingly Republican character of the Lone Star State counts against that, the likelihood that 2018 will be as bad for the GOP as 2014 was for the Democrats throws the contest up in the air again...

Personally, I think there's a good chance Buto will take Cruz, unless Texans wake the hell up, because we are in an unusual situation right now.

We have the brain dead that want Cruz to crash and burn because it will make them feel good after 2016.....even knowing Buto will try to destroy President Trump's agenda.

Then we have the oblivious Republican voters that think it's going to be a normal election cycle, even when evidence seems to suggest it's not.....and spout off platitudes like "Texan's won't go Socialist" or "Texans won't vote in a gun grabber". They're about as dangerous to Cruz/Trump as the above mentioned brain dead.

On the other side, the Hispanic community seems to be buying Buto's "I'm one of you" schtick..........along with his promises of an open border and free stuff for all. I think we're going to see a higher turn out, than normal, from that part of the electorate this year.

And finally, the hatred the Dem's feel against Trump is almost manic. The drive to destroy the man they are convinced is Hitler/Devil is unlike anything I've ever seen before. They've also been pushing the idea that Buto is the next Kennedy/Obama for their party, which is resulting in money pouring in from all over the country. They've efficiently used that money to put together a get out the vote organization that looks/acts a lot like Obama's machine.

Anyway, that's my two cents worth of what I'm seeing on the ground in Texas. I'm frustrated....but praying that our side will start taking this race seriously.

Reno (obviously) doesn’t even live in TX, has no horse in this race, yet just cannot refrain from spamming every Cruz thread.

I am not a Cruz fan, by any stretch. However....he IS my Senator, he is the only Republican in this race, and he has supported President Trump and PDJT is supporting Ted.

I guess this troll wants NoBeto to win and for us to lose the Senate.

I’ve asked Reno if s/he doesn’t have better things to do....like defeat RINOs in her/his OWN state (Heller, cough, cough), than to waste time spamming Cruz threads, but I never get an answer to that.

Don’t worry too much. Conservatives are rightfully scared they will get their car keyed or their house vandalized by rotten leftists if they display signs in their yard.

All Texan conservatives need to show up, vote Cruz and show this Fake Mexican the door.

Do not take it for granted that Cruz has a lock on being re-elected.

The rats are out doing what rats do.

If it had come down to Cruz versus Hillary, you would rather see Hillary as president.

You’re one of those types who think Cruz is not constitutionally eligible to be president aren’t you?

Nope. It won’t even be close.

No, it will be close but a solid close. Say a strong 2-3 points for cruz. Here the dems are playing the old walnut game and find the Senator that needs the most campaign help, then let them waste millions where they needn’t had wasted any.

Lyn’ Ted is not eligible. He even said so before he decided to run. Oh, how inconvenient. And no, I would not want to see Hillary as president. What a lame comment. We, well at least I and other former Lyn’ Ted supporters quickly saw a winner and got aboard the Trump Train. We won, Lyn’ Ted was trounced, never apologized for his lying ways. If he loses now, that’s on him, if he wins with Trump’s help, Trump owns him. He should have had the dignity after the loss he suffered to not run for re-election and let a Trump Republican run instead. Now we risk Beto taking it. That’s that sad part, this was avoidable.

No troll and not a Kool Aid drinker or Lyn’ Ted pimp either. I do not live in Texas any more, so no, not my vote. I did get mail from Lyn’ Ted yesterday begging for money. Ain’t happening. He can lose. What we need to do is make sure the others win. Lyn’ Ted and Heller can go down in defeat and we’re still fine. Today, for example, I saw several reports that Republicans will be up quite a few senate seats. So losing a couple losers is no big deal. Let’s focus on the winners shall we?

You think Republican women hate Trump? Uh, no.. no...and no. You are so wrong!

You are a Never Cruzer. Which as we know is just as pathetic as a never Trumper.

And, a particularly stupid one, too. 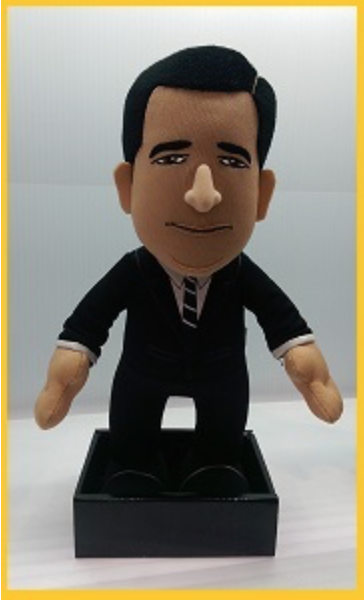 You have some serious issues, defending NoBeto & the Dems, like you are.

Let’s focus on the winners shall we?

Too bad you cannot bring yourself to do that. Trump IS a winner and he IS supporting Ted, whether you can handle that, or not.

Give it a rest, Reno the Cruz Thread Troll.

My friend, America has murdered over 60 million children since 1973… Homosexuals marry and flaunt their sin in the face of God… Our nation is upside down in the abyss of unrighteousness…

And yet the final straw with you will be if Ted Cruz loses?

Interesting bar you’ve got there.