A judge on Wednesday dismissed child neglect charges against three of the five suspects who were arrested after a New Mexico compound bust earlier this month. Eleven children were found living in filth and the body of a 3-year-old boy was discovered during the raid.

The compound was linked to “extremist Muslims,” where it was discovered one suspect was training the children, ages 1 to 15, to commit school shootings, according to court documents.

Prosecutors missed a 10-day deadline for a hearing to establish probable cause for the child neglect charges, Judge Emilio Chavez said, the Associated Press reported.

Lucas Morton, Subhannah Wahhaj and Hujrah Wahha can still be charged by prosecutors, but there was no indication as to how things would move forward, the Associated Press said.

Siraj Ibn Wahhaj, 39, and his partner, Jany Leveille, still face charges. It was Siraj Ibn Wahhaj’s 3-year-old son whose remains were discovered at the compound.

There were 11 children discovered at the compound, whom Taos County Sheriff Jerry Hogrefe described as looking like “third world country refugees not only with no food or fresh water, but with no shoes, personal hygiene and basically dirty rags for clothing,” Fox News had reported. The conditions were “the ugliest looking, filthiest” he had ever seen, the sheriff added.

Authorities described Wahhaj as “heavily armed with an AR15 rifle, five loaded 30 round magazines, and four loaded pistols, including one in his pocket when he was taken down” when the compound was raided, Hogrefe said, Fox reported.

Hogrefe has said that the adults at the compound were “considered extremist of the Muslim belief,” but he did not elaborate, CBS News had reported.

Prosecutors said that Wahhaj was using the guns to train the children “how to perform mass school shootings,” The Daily mail had reported.

The compound, located near the Colorado border, is linked to “extreme Muslims,” according to various reports, includingFox News.

The New York Post had revealed that Siraj Wahhaj is the son of a Brooklyn imam of the same name, who is 68 years old and leads the Masjid At-Taqwa in Bedford-Stuyvesant, according to several congregants.

“Prosecutors named the elder Siraj Wahhaj — born Jeffrey Kearse — as an unindicted co-conspirator in the 1993 World Trade Center bombing. He also was a character witness in the trial of convicted terror plotter Sheik Omar Abdel Rahman,” The Post reported.

The imam was at one point on a list of people who “may be alleged as co-conspirators” to the 1993 World Trade Center bombing, court documents released by prosecutors Wednesday said, CBS had reported.

The elder Siraj Wahhaj testified as a character witness for the “blind sheikh” Omar Abdel Rahman, who was convicted in 1995 of plotting terror attacks in the United States, CBS said.

There was a monthlong investigation into the disappearance of the younger Wahhaj’s son, 3-year-old Abdul-ghani Wahhaj, who is said to have medical issues and went missing from Georgia in December 2017, Fox said.

WTF is going on with the prosecutors in this case? First they blow up the compound, then they miss a deadline for establishing probable cause?

So no justice for the dead kid or the live abused ones?

Where is Judge Roy Bean when we really need him?

My sympathies lie with any of the families that in the future lose loved ones to this piss poor DELIBERATE decision by this judge.

It seemed to me things were going South when the prosecutor said that the father didn’t understand the concept of infections and bad organisms.

It seemed to me he was looking for a way out for the dad.

Never mind the kid is dead. Hey, it was just an honest mistake.

Are they acquitted forever, or can the charges be refiled?

Was the boys’ death a homicide?

What about “failure to report a death”?

“Under Texas law you can be charged with a Class A misdemeanor for failing to report an offense that resulted in serious bodily injury or death.”

The New Mexico encampment had real crimes and real people being hurt.

Amazing difference in response by the people who call themselves “the government”.

How long do we let them define the system for us, and not the other way around?

9 posted on 08/29/2018 4:42:17 PM PDT by Regulator
[ Post Reply | Private Reply | To 1 | View Replies]
To: Greetings_Puny_Humans
WTF is going on with the prosecutors in this case? First they blow up the compound, then they miss a deadline for establishing probable cause?

Follow the money. That would be my advice to the Sheriff. 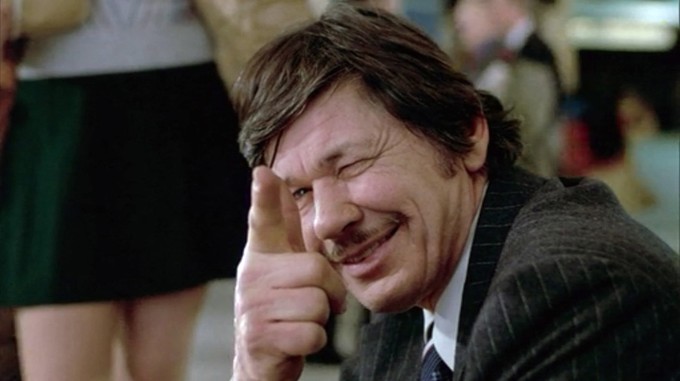 “WTF is going on with the prosecutors in this case? First they blow up the compound, then they miss a deadline for establishing probable cause?”

It can only be utter incompetence or it’s a cover-up.

Didnt Las Vegas NM average a lynching a week in the later 1800s?

Well? WTF are they waiting for?

“WTF is going on with the prosecutors in this case? First they blow up the compound, then they miss a deadline for establishing probable cause?”...

When the “Federalists” tell you to “let it go” and the evidence has been destroyed, you have missed the deadline to establish probable cause, its too late. Something smells rotten, including the judge who let them walk.

Why do I get the idea the FBI has more of these school shooting terrorist camps set up all around the country.

The Government has been hiding something. They have been trying to throw this case since before the beginning. First of all federal officials would not make the bust. Then they left behind all the evidence. Then they destroyed the crime scene. And then they had a judge let everyone out on bail. And now a judge is forced to let them go because of lack of legal work.

At what point does it become obvious that there is a coverup?

This is looking more like a cover up than an investigation.

The government has shown that they have no interest in protecting US from real threats or prosecuting real crimes.
They are the Stasi. Enforce only against “enemies of the state”. Use the weight of the Federal government to crush anyone in their way.

There were very good reasons for the founders to exclude the children of foreign nationals from being President.
We should have stuck to the Constitution.