That is VERRRY sad :(

Yes, death is a serious and final thing. I’m the last one in my family. I’m 71, and have already outlived three of my family members. The other two died at 72 and 74. We all have death sentences. The time to repent is while you are still alive to see the fruit of that redemption. To me it is a selfish person who only begins to seek the Lord’s forgiveness once they know they are on their way out.

Didn't McCain ask Obama to give the eulogy at his funeral?

The AZ gov better not shove his wife in that seat.

Can you blame them?

Make sure you watch his funeral so you can hear Obama give the eulogy McCain asked him to give. The family has probably got it already written for him to recite. He’s probably been practicing it in front of the mirror for a while now...maybe even taken some selfies of himself while doing it.

Forgive me if I misremember, or misattributed.

Obama giving eulogy: That is the most projectile barf-inducing thing I can think of!!!!!

McCain had an unusual relationship with Obama... 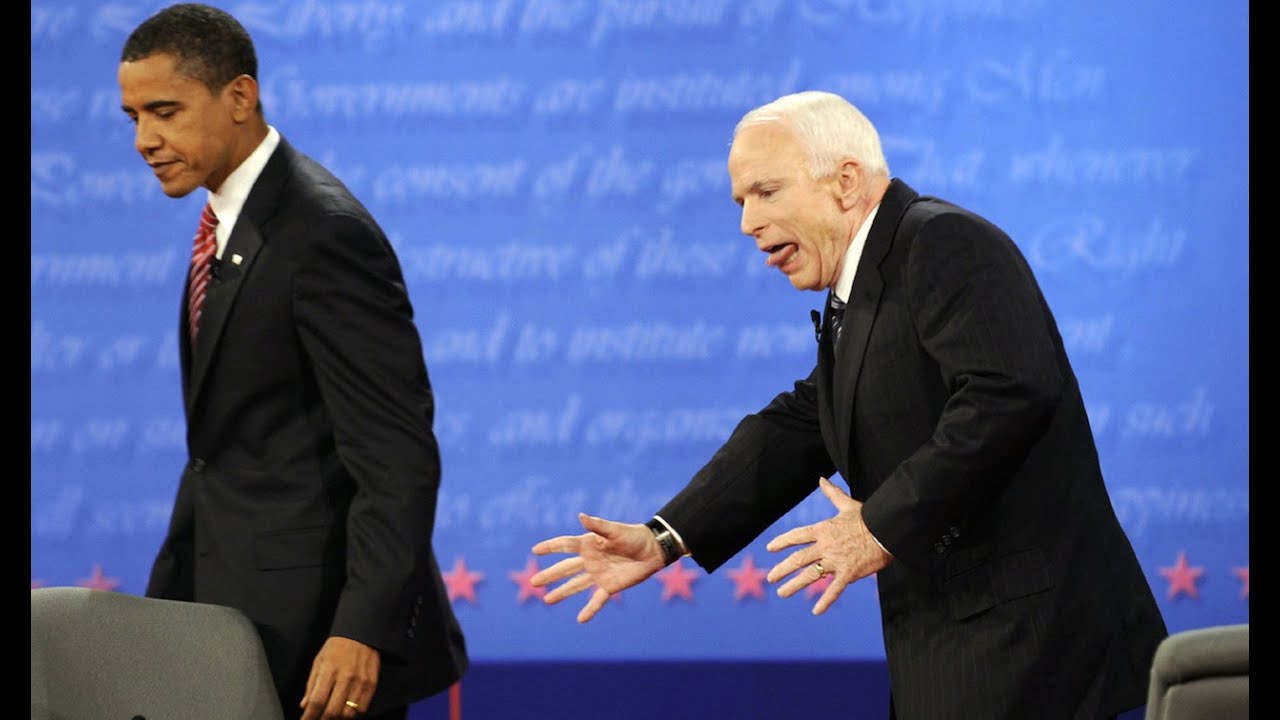 Found this story from May:

Obama, Bush to give eulogies at McCain's eventual funeral: report

At the same time, besides praying for his family, we ought to pray for the country, that God will move the country in *His* direction over this.

As Sarah Palin once said in response to a gotcha question, we shouldn't worry about whether God is on our side, but whether we are on His.

So you're saying, it comforts you to know, that wherever he is, he is in a cooler place.