O God of spirits and of all flesh,
You have trampled down death
and have abolished
the power of the devil,
giving life to Your world.
Give rest to the soul
of Your departed servant John
in a place of light,
in a place of repose,
in a place of refreshment,
where there is no pain,
sorrow, and suffering.
As a good and loving God,
forgive every sin he has committed
in thought, word or deed,
for there is no one who lives
and is sinless.
You alone are without sin.
Your righteousness
is an everlasting righteousness,
and Your word is truth.
For You are the resurrection,
the life
and the repose of Your departed servant John
Christ our God,
and to You we give glory,
with Your eternal Father
and Your all holy,
good and life-giving Spirit,
now and forever and to the ages of ages.

And oh, yeah, lets just forget about those photos with jihadis and the massacre of all those Christians and others in Syria and Iraq. Thanks for the pass, God!

Somehow, I don’t think Churchianity is going to help that fraud.

Just an FYI, John McCain had very little class as he publicly and consistently trashed President GWB and President DJT. He was a petty, angry, and bitter old man.

He wasted most of the last year trashing Trump every chance he got instead of resigning and going out with dignity and class.

Not buying your fake concern. He deserves what he gets.

122 posted on 08/25/2018 5:52:31 PM PDT by LeonardFMason (426)
[ Post Reply | Private Reply | To 78 | View Replies]
To: markomalley
In the fall of 2014, I stood at Willow Beach Fish Hatchery in my Arizona County, enraged that US Fish and Wildlife refused to listen to us when we told them that ending their 50 year fish stocking program was going to have a devastating economic and environmental impact on Bullhead City and Mohave County. Out of sheer and utter frustration, I turned to Senator John McCain who was touring the facility with us (I am the Mohave County Supervisor representing Bullhead City) and I said, "Senator, I am at my wits' end. If you can't help us, I don't think anybody can." He put his arm around me and said, "Hildy dear, I am not sure what I can do, but I promise you I will do my best."

His best resulted in a cost sharing deal between US Fish and Wildlife and AZ Game and Fish to build a new pump and a contract to keep the program going - pretty much saving the fishing industry in my district and stopping an infestation of something called the "Caddis Fly."

I have many profound political differences with Senator John McCain, but on that day, standing at Willow Beach, he made a promise to me and he kept it. For that, I will be eternally grateful.

That is one thing, at least, that he cannot be blamed for.

Diagram of planes on Forrestal deck.

NS025929.– This diagram was taken from a drawing provided by USS Forrestal and shows the location of CVW-17 aircraft spotted for launch moments before the fire broke out. From "Naval Aviation News," October 1967 issue.

That Youtube video is where the Democrat propaganda about the BS "Wet Start" began.

And isn’t that the hypocrisy of today’s politics: McCain is lauded for lying to his constituents to get elected/reelected and then doing the opposite, yet President Trump keeps his campaign promises, and the Deep State Ruling Class Uniparty pond scum are trying to force him from office.

Sarah Palin is a very good woman. We need more like that.

“Ok. Now so DO NOT appoint his wife or daughter to take his place.”

I believe that was a condition McCain insisted on had he resigned. Don’t see it happening now.

Now there's something on this thread I can say Amen to !

Will he be replaced with a Democrat ?

May God rest his soul.

Don’t wish him ill. He was basically a good man who errantly promoted many wrong things.

Sarah has more class than I do.

Which one has more urine?

He is now called a hero and giant of the senate by the left. Funny they didn’t think much of him when he ran for President


Nope. He was groomed by the Press to run and lose....to some Democrat. That Democrat turned out to be Obama.


I respected his service but certainly did the respect the man very much. He was too eager to earn good press by poking the President and his party in the eye.

Donald J. Trump
@realDonaldTrump
My deepest sympathies and respect go out to the family of Senator John McCain. Our hearts and prayers are with you!
8:44 PM · Aug 25, 2018

ALL that is needed to know about HIM , a soon to be forgotten has been, in this 24 hour world of news, is that he requested to NOT be buried in Arlington Nat. Cemetary, like his “Truly Honorable” ADMIRAL + other relatives were. Why? HE died knowing Exactly WHY!

Pray for this family we can trash him after the furneral....

Wel may not hear about Rusnsia for a week

137 posted on 08/25/2018 5:55:01 PM PDT by Hojczyk
[ Post Reply | Private Reply | To 113 | View Replies]
To: Sarah Barracuda
That’s what I said yesterday, I hope he makes amends with God for all the disgusting things he allowed to happen to the Palin family, his hired goons trashing her family..how he said he regretted ever picking her..how he spread around that phony baloney dossier to everyone to screw President Trump..I hope he makes peace with the Lord

I was going to open another beer, instead I poured some Single Malt Scotch over ice instead. 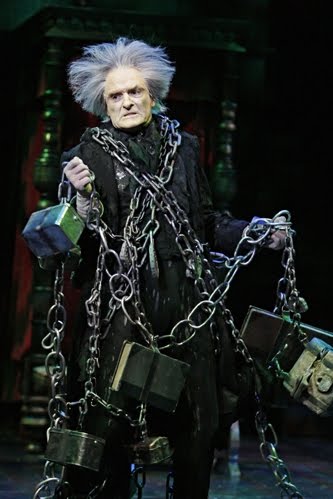