On Thursday evening I kept my regular date with "Tucker Carlson Tonight", talking about, of course, the removal of John Brennan's security clearance. Brennan, a man psychologically unfit to be either CIA director or "former CIA director", is now the darling of the left - the people's spook, on whose behalf Senator Blumenthal is arguing that America's founders had cannily foreseen the need for a security clearance. Click here to watch:

Incidentally, that New York Times column by Brennan bears the headline "President Trump's Claims of No Collusion Are Hogwash". The only evidence the ex-Director of Central Intelligence adduces to support his confident declaration is as follows:

The already challenging work of the American intelligence and law enforcement communities was made more difficult in late July 2016...when Mr. Trump, then a presidential candidate, publicly called upon Russia to find the missing emails of Mrs. Clinton. By issuing such a statement, Mr. Trump was not only encouraging a foreign nation to collect intelligence against a United States citizen, but also openly authorizing his followers to work with our primary global adversary against his political opponents.

As anyone who saw that moment on television will know, Mr Trump was making what those of us outside Brennan's "intelligence community" call a "joke". It is a joke rooted, as all the best ones are, in cold reality - in this case, that due to the indulgence of Brennan and the rest of the Obama Administration, Mrs Clinton's homebrew email server was hacked by foreign intelligence agencies.

Of course, the left has a “constitutional” right to everything, including the right to deny you your rights and to have rights you, “the little people” are not entitled to.

Makes one wonder why Brennan is so scared of losing his clearance. What does he need it for, huh???

When I left the assignment that required the TS, I signed a termination acknowledgement (forget the form number) along with the understanding that I had a travel restriction on me for some time... I believe it was 5 years. There is no right for anyone who no longer needs access to continue to have it. It’s basically been a plus for the senior executive positions to leave government and move into the board rooms of major corporations. They need to terminate them all and reinstate only in those cases where absolutely necessary.

ALL Security Clearances and access authority to secure government locations containing classified sensitive information are hereby recalled and void pertaining to any former military personnel no longer on active duty or in Reserve status or flagged for adverse actions, former government civil servants and political appointees in any capacity, former government contractors and former elected officials or elected officials who no longer serve on select committees where security clearances and access to classified sensitive information may be required.

The God given right.

The Constitution is merely an affirmation that is routinely ignored.

What Government job do you have that requires the Top Security Clearance ?

That will plunge this country into a constitutional crisis. /s

We the People have a constitutional right to have the traitorous Demonicrats and fifth-column leftist media tried, convicted, and sentenced to publicly hang.

Of course, the left has a “constitutional” right to everything, including the right to deny you your rights and to have rights you, “the little people” are not entitled to.
—

Those un-enumerated “rights” belonging to the left include the “right” to imprison without trial, the “right” of real torture, the “right” to kill as many as necessary to achieve their goal of total and absolute power; in this they reflect Islam.

The left clamors for islam.

12 posted on 08/18/2018 7:05:31 AM PDT by onedoug
[ Post Reply | Private Reply | To 1 | View Replies]
To: Twotone
This is Kris Paronto, Army Ranger and member of the CIA annex security team during the 2012 Benghazi ordeal. Hillary and Friends ordered him and his team to keep thier mouths shut and go along with the “Muslim video” story. He refused and lost his security clearance. Guess who took it? John Brennan. 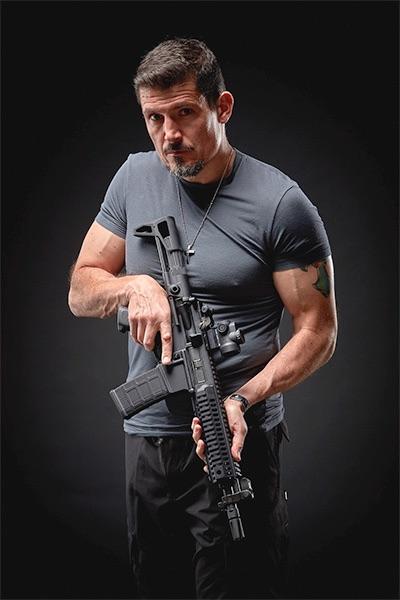 By its very nature, classified information is not covered by any First Amendment protections.

Meantime, he is free to say anything else that his butthole can emit...

Over time, some things that the government gives out have been declared to be “property”, which, once given, require due process to take away.

For example, a license to practice medicine of a chest surgeon can’t be revoked because a competing group gets a majority on the Professional Practice Committee.

I gather that these “security clearances”, which I assumed would end with one’s government employment, are in fact bargaining chips in the billion-dollar lobbying and consulting industries.

My first question is how many people have left government employment and have still a clearance? As I generally understand part of the story....it’s not just the FBI and CIA. I’m beginning to wonder to what extent DoD has retired officers still with a clearance, and even US senators/representatives. If we are talking about a thousand of these guys....there’s something really wrong with the system.

With the revocation of his security clearance, the sting for Breenan is the embarrassment to his ego.

He surely will have access to any and all security intelligence due to the Obama moles still embedded in the security apparatus.

> “As anyone who saw that moment on television will know, Mr Trump was making what those of us outside Brennan’s “intelligence community” call a “joke”. It is a joke rooted, as all the best ones are, in cold reality - in this case, that due to the indulgence of Brennan and the rest of the Obama Administration, Mrs Clinton’s homebrew email server was hacked by foreign intelligence agencies.”

Spot on. Candidate Trump could have called out in addition to the Russians, the spy kids at American University, the swarm of Chinese computer hackers, the kids in Nigeria tinkering around ... basically, anyone that could take an email address and try to sign in under some really weak password like “password”, and go from there.

What absolute lunacy Brennan and his progressives are stuck on to rant that Americans would think their President was colluding with Russians to hack Clinton’s illegal, unauthorized, unsecured network, and yet not even mention one word about cyber incompetence.

These people are indeed stupid.

Brennan and pals still have influence inside agencies to steer government contracts to the likes of Booz, Alexander, Hamilton. Loosing the clearance will cut him off from all classified info/$ kickbacks.