The jackboots raided Cohn’s apt, too. Are you still celebrating the peaceful transition of power?

Obama can keep his terrorist friends and his past a secret but Trump has no right to lawyer-client confidentiality. What a joke. No this is a real outrage.

Everybody in Washington DC is a disgrace to the country. If they are not corrupt they have been compromised and are being blackmail for their sins.

It is about leverage. I believe once a person arrives into Washington DC the Swamp attempts to corrupt them.

If the swamp is not able to corrupt them, they set the new people up in compromising positions. Example underage prostitute, illegal favors, and gay sex to get leverage. The people in Washington DC are wicked and will kill to keep their power.

We need to push and convince Representative Gowdy to run against Lindsey Graham where he can make a difference.

You’re right. However, like Obama, Trump has a phone and a pen.

They “need “ to stop PDJT at all costs.

Can't be a coincidence

another chess move by the swamp critters...

Not a good way to start a week. 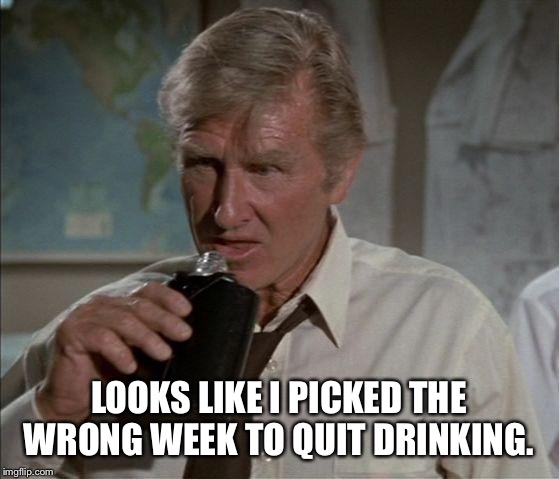 How does any of this not violate attorney/client privilege?

It becomes more apparent with each passing day “at all costs” includes the very real risk of a hot civil war.

This is not a silent coup. The Swamp is bold and proud. We are in a takeover mode. President Donald Trump is just a speed bump on the highway to serfdom. Pray for his safety. This is not a drill....

When Eisenhower became POTUS he had come from a world wher Lt. Generals said How High when Ike said Jump. When he got to the WH he said he was amazed at how other than the Pentagon whenhe ordered something done nothing happened. That was just the inertia of govt. Trump is and has been faced with the open hostility of the bureaucracy from bottom to top. Even he does not know or trust the numbers of people he would need to drain that swamp.

Unlike Obama, Trump is opposed by 98% of Congress and about the same percentage of press. They are goading Trump to make a high profile termination so they can trot out the Watergate playbook.

Mueller handed docs over to fibbers.

77 posted on 04/09/2018 1:55:02 PM PDT by TigersEye (This is the age of the death of reason.)
[ Post Reply | Private Reply | To 1 | View Replies]
To: All
Can't wait to see the Qanon-believers, Sundance-supporters, and Gateway-Pundit-guys all coming out of the woodowrk to tell us how this is really a great 4-D chess move by Trump, and that the Military Tribunals will be starting any day now.

Mueller is working hand-in-hand with the New York Attorney General, so it's not clear that even firing Mueller could stop this investigation.

Andy Cuomo is in the driver's seat and has the means and intention to bring Trump down.

By "means" I include:

All-in-all, it's a powerful arsenal.

Team Trump has no real weapons. We pro-Trump observers are waiting patiently for an IG report. But even when that comes it isn't the same caliber of weapon as what Cuomo and Mueller are firing at Trump.

A Trump trial will not end well for those against our President.

Just stop it! Stop blaming President Trump. Sessions has been a darling of conservatives for years and his appointment as AG was widely applauded among conservatives. None of us, least of all Trump, could have known what a weasel Sessions is. Like so many politicians, he kept this side of himself hidden.