To: conservative98
28 years of bushes, clintons, & o'muslims...for all intents and purposes the federal govt has been overthrown. Globalists, anti-Americans, & dems comprise 90 plus percent of its ranks.

The same percentage of asshats that voted for that treasonous POS Hillary. 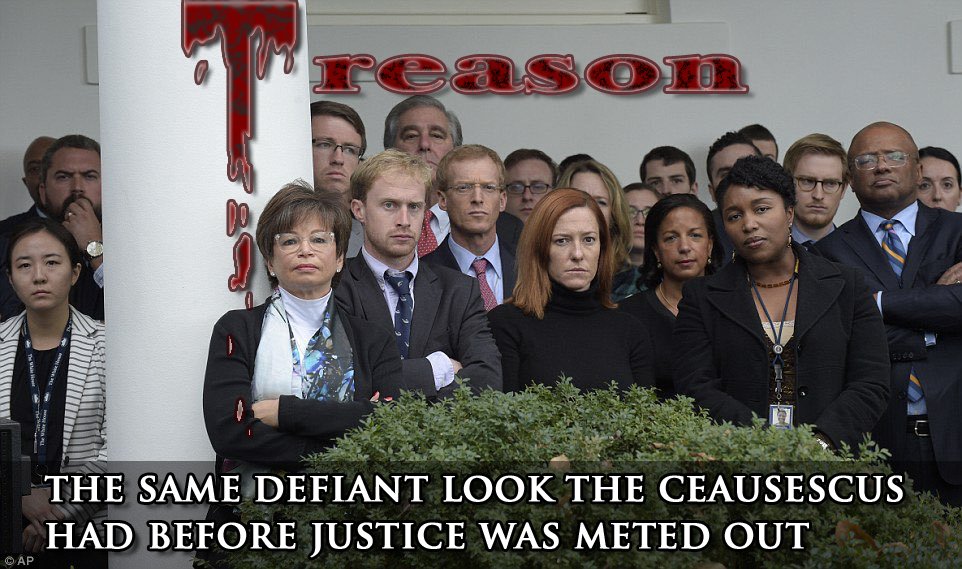 You know, the MEDIA looks like that too. I see nothing good ahead so long as Communism has taken over our deep state.

Do leftists ever smile? They are some of the most bitter and angry people on the planet.

They all look despondent, EXCEPT Jarrett who looks like she’s already plotting where to go from here, what havoc to wreak.

That’s the most evil picture you will ever see.....vile leftists digesting the Trump win last year.