Bannon and Milo Yiannopoulos, the political provocateur and former technology editor at Breitbart News, shared their dim view of the former Indiana governor in emails obtained by BuzzFeed News.

“Seems like a bad pick. Should I tweet something ambivalent about him? People are telling me Trump likely didn’t want this. …What’s our party line on this?” Yiannopoulos wrote to Bannon and Breitbart editor Alex Marlow on July 15, 2016, the day Team Trump named Pence as its choice for veep.

“This is the price we pay for cruzbots and #nevertrump movement. An unfortunate necessity … very. feel free to do whatever u want. we, as always, will remain above it all,” Bannon replied, shortly after he signed on as Trump’s campaign manager.

Two days later, Bannon approved a column by the gay Yiannopoulos asking Pence — an evangelical Christian who won’t meet or dine with a woman unless his wife, whom he calls “Mother,” is with him — to attend a “big gay party for Trump.”

“It’s a little mocking but we want to turn the screw,” Yiannopoulos answered, according to the website.

Hannity may be a paid clown but too often there’s not 60 minutes worth of issues to discuss so he has to make up issues. Some are stupid I’m sad to admit.

8 years of Pence will result in the old ‘it’s his turn’ argument that leads to losing. How about BANNON?

are you really ‘afraid’ or are you merely ‘concerned’?

Duh. He serves the same purpose for the right as Westboro Baptist Church serves for the left.

I believe that Pence is true to his faith but when he speaks there's a whiny-ness about him that makes him sound like hes been neutered.

AND since he's been shoving his religion up front like a shield, all its going to take is ONE thing that is bad in accordance with his religious tenants for him to be manipulated or destroyed in the public eye.

Yep—he’s as establishment as they come and a good ol’ pal of Paul Ryan. Has a creepily smarmy voice as well.

Outwardly he’s being a good soldier, but if the chips were down I’ve got a pretty good guess as to what side he’d come out on.

Come on everybody, quit picking on Vice President Pence.

He is deeply, deeply, humbled to be chosen for that post.

And if Pence should ever end up in the Oval Office, he’ll prove how right Bannon was.

Ann Coulter fidn’t Care for Pence either, but the more I watch him, the more I like him.

Sums up my thoughts exactly.

31 posted on 10/10/2017 1:24:46 PM PDT by rb22982
[ Post Reply | Private Reply | To 3 | View Replies]
To: ChicagoConservative27
It is obvious that this fake news about Steve Bannon trashing Pence is part of the Left's playbook to divide the conservative base. Our best response is to ridicule them for the clowns they are: 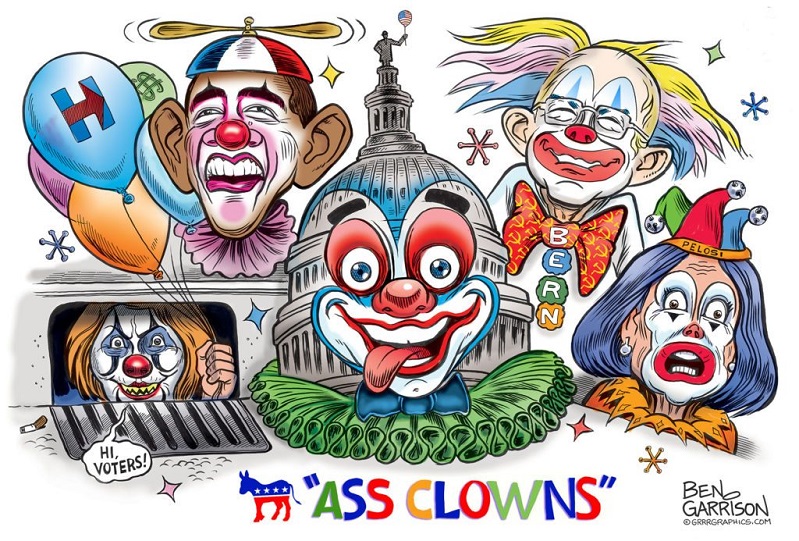 PENCE is no 41’ but I’d be concerned. Can’t imagine a read my lips statement but ‘A kinder and gentler’ one? Maybe. Reagan supported 41’ for payback. Mistake. Sarah was never critical of McLame like she was with other Rinos. Could Kemp in 84’ been a better set-up choice? Went downhill on his own after being the most Reagan-like. How about Rummy in 84?

Mike Pence was a brilliant pick for VP last year. His selection reassured a lot of social conservatives who were hesitant to vote for a New Yorker with a big mouth and a well-earned liberal reputation. He also gave a political neophyte like Donald Trump credibility with a GOP leadership that was still dealing with a lot of butt-hurt from the primary season.

Fabricated Fake News describes 99% of the stuff posted here running Trump or his people down posing as news!

There is never a thread of reality nor an iota of proof to document their Fabricated News.

Have you ever posted anything positive about Candidate Trump, President Trump or his people?

The conflict between liberals, libertines, some of whom are Trump people; and conservatives is nothing new.

You get it! From my perspective, I voted for Trump, Pence just came along and filled the slot at the time. Personally, I’d like to see a much tougher, more energized and more outspoken VP.

... he’s compromised in ways by his not covering things he knows he should just to keep his show on air.

And we’ve just lost a powerful voice in the media.

Exactly what good is that going to do us?