***How could Mooch have used such terrible judgement, knowing that screw-ups on his part would reflect badly on President Trump?***

But so many freepers loved his vile, disgusting rant. I mean, at least he was honest, right? Nevermind he worked for the President in the White House.

Remember all the comparisons of Trump to Reagan, which were ridiculous by the way, can you imagine someone on his staff talking publicly like this? They would have been fired immediately by Reagan! I doubt it would have taken days and someone else to do it.

The days of people like Reagan or a Thatcher are long over. Now we have man-children in charge running the country from social media and chaos while we have such serious issues to deal with such as North Korea as just one of many examples. Instead we’ve got this clown show going on at the White House.

Unnerving is an understatement.

Get a grip.. this isn't a TV show. These positions are West Wing jobs, largely his political apparatus... not the people running the government.

His picks for the real jobs... running departments, the military, etc. are doing their work just fine. Shuffling this West Wing team around is not the big deal the MSM would want you to believe. 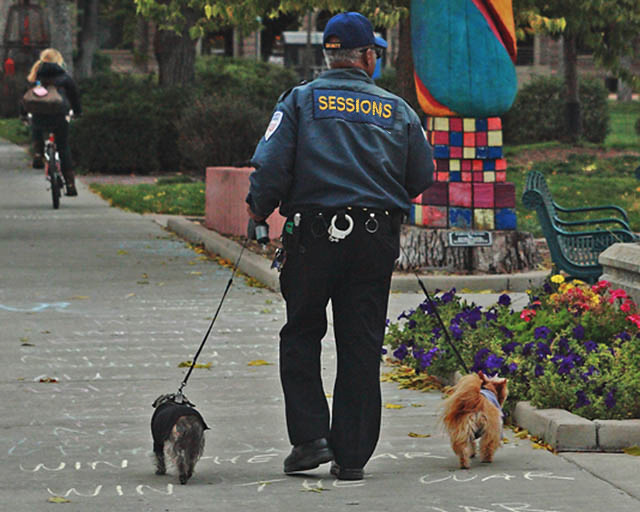 May make the white house look indecisive, but it sends a clear message that Trump wants Kelly’s brand of order and I’m hopeful there will be less distractions the second six months.

Probably the way it went down.

I’m glad he’s fired so I won’t have to see those stupid lyrics on FR anymore.

You sound so very naive. When these people resign after only 6 months - they were technically fired. They are given the option of resigning or being fired, and they will tender their resignation to save their resume. BothSpicer and Priebus were leakers, and thus the shake up. Mooch was brought in to do a job, and he did it. Wake up and listen to those who have inside info - not your gut.

***Elsewhere Scaramucci was described as “a one time hand grenade to get rid of Priebus.”***

Why? Trump too scared to fire him himself? The speculation and commentary is getting being ridiculous.

No more friends liberal of Jared Kuschner & Ivanka in the Whitehouse.... we didn’t vote for their kind!

Kellyanne Conway would have been a far better choice than Sean Spicer in the first place.....both she and Sarah Huckabee Sanders make a great team against the MSM propagandists...

I don’t know why some people find these hirings and firings such a big deal.

And I don’t know why anyone would find this firing in particular so surprising, considering there is a five-star Marine general in the position of Chief of Staff, who has been given full authority by the President to bring discipline and structure to the White House staff.

Scaramucci did an admirable job in firing one leaker and helping to get a Republican establishment holdover in Reince Priebus, removed.

However, Scaramucci was a loose cannon with a foul mouth, which is the antithesis of a communications director.

I loved his fervency and dedication to the President, but he’s not reliable when it comes to self-restraint.

Being a businessman and not a politician, President Trump is running his administration as a business and doesn’t care about the optics of it politically.

I just want him to get together the best team possible to serve him and the country, no matter who has to come and go.

If anything, it shows Trump is not afraid to cut his losses.

Now if we are having this same conversation in six months, that’s a problem.

“After that really obscene, disgusting rant he (Fandango) went on ... “
OTOH, he made President Trump putting the blocks to CNN look like a Mormon elder in magic underwear at prayer.

• Scaramucci's departure came at the request of new chief of staff John Kelly, who is making his presence known in his first day on the job. Kelly broke the news to Scaramucci almost immediately after being sworn in. The NYT notes it's not clear whether he will stay on in the White House.
• A source familiar tells Axios: "Kelly wanting to turn the page. New culture. Mooch no discipline. Thought he'd burned his credibility."
• White House statement: "Mr. Scaramucci felt it was best to give Chief of Staff John Kelly a clean slate and the ability to build his own team. We wish him all the best."
• Jared and Ivanka were instrumental in bringing in Scaramucci, primarily to take out Reince Priebus. That was his chief (some might say only) duty.

Over the next few days we'll see which ones are true or not.