As details about journalist Michael Hastings’ death remain unanswered following the release of a coroner’s report, a neighbor says the late reporter was afraid to get in his own car hours before he died in high-speed crash June 18 in Hollywood.

Hastings, 33, was killed when his Mercedes coupe crashed into a tree just before 5 a.m. that morning, and details about the collision have been contested in the months since. A friend of Hastings said days later that the reporter believed he was being investigated by the government, and the anti-secrecy website WikiLeaks said one of their attorneys was contacted by Hastings hours before his death. 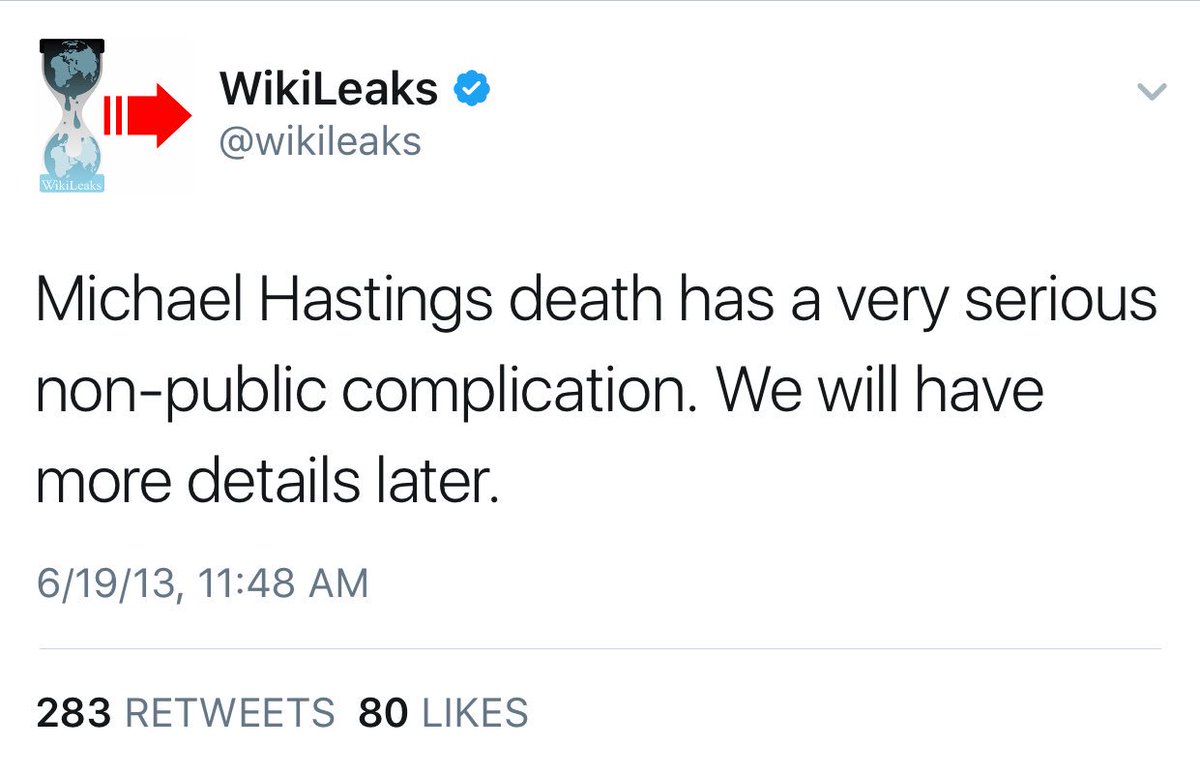 He went to his nearby apartment neighbor begging to use her battered old Volvo because of his suspicions about tampering with his Mercedes.

because of the need of the car for repair unfortunately she declined his request.

he died the next day.

Trump should look into this..it surely left some kind of trail.

Brennan would be behind it.

Is anyone else having problems on FR slowly loading the pages. I have had this problem for awhile. It loads the top and then sits.

Or maybe the CIA is in my computer ;-)

The Russians hacked your computer.

I have the same problem intermittently. Sometimes fast, sometimes just the top for a minute or so. I have always assumed we are being monitored......especially since November, 2008.

Mine does that too. It's been happening for over a month. If you hit refresh it usually loads the entire page right away.

I’ve been having the same problem with slow loading at times.

Me too. I have to stop.loadong the page and hit refresh. It has been going on for months.

What is so compelling that he just HAD to take that suspicious car of his? Taxis? Friends? These people remind of the silliness portrayed in Hollywierd movies.

The newest Wikileaks mentions among the surveillance through phones and Smart TVs how car computers can be hacked into so they can’t be controlled and they crash.

Sounds like a programming issue..or we all have been hacked..

FR has been brutal for loading - it never was good after it crashed awhile back (I believe during the Inauguration).

I seldom bother jumping around to other threads that are referred to, because it just sits with a heading for so long.

I saw a post from a programmer that said there is an easy fix for some problem FR is having..maybe it is this one.
Don’t remember his handle

I seldom bother jumping around to other threads that are referred to, because it just sits with a heading for so long.

I was wondering if it was just me. Frustrating!!

Hackable cars means that TPTB can assassinate with the push of a button, while leaving no evidence. The “heart attack gun” is another device with similarly ominous implications, that many suspect as being the means of Breitbart’s demise.

My thoughts, as well. The guy is pretty sure the feds are after him, and screwing with his car, so he gets in his car and drives it.

He asked his friend and she said no. If he were to call a taxi, who knows if the driver was “them”? He was supposedly headed to LAX so risking a few minutes in his car in the middle of the night may have been his only option if he felt he had to get away fast.