Adam Hobbes of Reaxxion wrote one of the more insightful columns I’ve read on the subject of transgenderism. It was titled “Why We Need To Fight Against Transgender Acceptance”. Hobbes asserts in his work that the greatest danger with the transgender movement is that it forces us to “give up our minds” to accept something fundamentally untrue. This is obviously problematic, and affects issues far beyond public restrooms and who plays on which sport teams. As Hobbes explains, when one accepts the lie of transgenderism the slippery slope turns into a cliff of despair. Polygamy, pedophilia, zoophilia, and anything else you can imagine will become the next potential battle in the culture war. 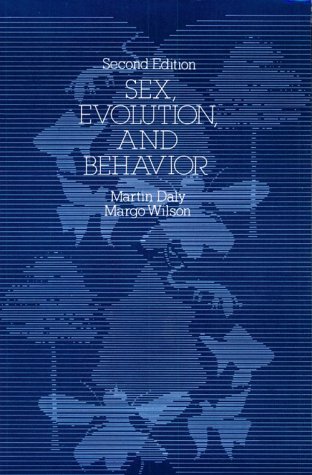 "According to my opinion, and the opinions of many defectors of my caliber, only about 15% of time, money, and manpower is spent on espionage as such. The other 85% is a slow process which we call either ideological subversion, active measures, or psychological warfare. What it basically means is: to change the perception of reality of every American that despite of the abundance of information no one is able to come to sensible conclusions in the interest of defending themselves, their families, their community, and their country.
It's a great brainwashing process which goes very slow and is divided into four basic stages.
The first stage being "demoralization". It takes from 15 to 20 years to demoralize a nation. Why that many years? Because this is the minimum number of years required to educate one generation of students in the country of your enemy exposed to the ideology of [their] enemy. In other words, Marxism-Leninism ideology is being pumped into the soft heads of at least 3 generation of American students without being challenged or counterbalanced by the basic values of Americanism; American patriotism.
Most of the activity of the department [KGB] was to compile huge amount / volume of information, on individuals who were instrumental in creating public opinion.  Publisher, editors, journalists, uh actors, educationalists, professors of political science.  Members of parliament, representatives of business circles.
Most of these people were divided roughly into two groups:  those who would tow the Soviet foreign policy, they would be promoted to positions of power through media and public manipulation;  [and] those who refuse the Soviet influence in their own country would be character assassinated OR executed physically, come Revolution.  "
--KGB Defector Yuri Bezmenov
--Soviet Subversion of the Free Press (Ideological subversion, Destabilization, CRISIS - and the KGB)
http://www.freerepublic.com/focus/news/2095202/posts

They will age like their DNA and will be the OOOOOGLIEST folks on the planet. They made their own punishment.

The unsound proposition that separate facilities assigned by biological sex involves discrimination on the basis of gender identity collapses into incoherence. If a boy who identifies as female has a right under Title IX to use the girls’ restrooms and showers, then it would clearly be discrimination on the basis of gender identity to bar a boy who identifies as male from also using them. After all, the difference between these two biological males is that they have different gender identities. How could one of the males be allowed to use the girls’ facilities and the other be barred from doing so if Title IX bars discrimination on the basis of gender identity? In short, contrary to everyone’s (including the Obama administration’s) understanding of Title IX, the transgender illogic would disallow any system of single-sex facilities to survive.
- Transgender Activism Has Produced a Legal Absurdity

SEE ALSO: Almost Everything the Media Tell You About Sexual Orientation and Gender Identity Is Wrong

5 posted on 03/01/2017 7:19:30 AM PST by Heartlander (Prediction: Increasingly, logic will be seen as a covert form of theism. - Denyse O'Leary)
[ Post Reply | Private Reply | To 1 | View Replies]
To: cloudmountain
From Google Today, according to the Institute's newest survey, there are about 1.4 million transgender people in America, or roughly 0.6% of the adult population. Jul 18, 2016

Review your own, personal life experience: How many transgenders have you ever met in your entire life (I'm assuming that you'd remember something as conspicuous and unusual as a bearded lady, etc.)?

Counter-test: There are about 1.4 million active members of the U.S. Armed Forces (Air Force, Army, etc.). That is likewise 0.6%. How many have you ever personally met?

The definition under which the Google survey was taken probably includes things like "fluid identity," "predominantly male," etc.

Being “transgender” is a psychological/psychiatric syndrome like anorexia - an obsession in an idea that rejects the persons own real identity.

Why it starts at such a young age, before most persons have any “sexual” notions at all, must involve a series of very subtle things not usually recognized as “trigger” events at all, but in the “transgender” child lead to the adoption of the obsession against their physical identity. But an irrational obsession it is.

The acceptance of the obsession by adults ignores the fact that just like anorexia the mind, our own mind, IS capable of lying to us, of convincing us of things, even about our self, that are just not true. We can be blind and live those untruths. Saying it is right and that we should be happy about doing so is a bigger lie.

There have been a number of “transgender” adults who finally got the extensive professional help they never got as a child, and came to understand the mistake the obsession had been all along. They have admitted that they and most “transgender” persons they know never did come to a constant truly happy end to the inner conflict, even after “transgender” surgery.

Yes, empathy IS & understanding IS called for. Acceptance is not.

It is nice to see some movement on a subject that has been mired in 1950’s psychology. It is interesting that a such a “disease” that requires such drastic mutilation, has not been researched using post-millennial tools and techniques. When someone is “diagnosed” as transgender where are the CAT scans, MRIs, blood work, DNA work and other diagnostic techniques that would search for biological causation? None.

Where are the psychological diagnostic instruments that would confirm or deny? None.

Where are the trials of antipsychotics, antianxiety agents and psychotherapy to test the contents of the patient’s beliefs? None.

Where is the research about diagnostic decisions trees that include biological paradigms? None.

Instead we are told that the patient makes the diagnosis. Because they have felt like the opposite sex from their DNA since they can remember. Not accounting for the fact that in delusional processes, the past is incorporated in the delusions i.e.: when I treat the secretary who thinks she is the Queen of England, although her delusional onset may be recent (within a matter of months or days, at times) her delusions will include memories of being a child-queen, for acute delusional processes are often seamless.

Parents who arrive at schools and clinics with children dressed and raised as their DNA opposites are hailed as brave instead of studied as classic cases of Munchhausen by Proxy where parents seek attention by making up and believing the child is different, ill or diseased and providing symptoms and evidence to back the parent’s need.

8 posted on 03/01/2017 8:15:29 AM PST by Chickensoup (Leftists today are speaking as if they plan to commence to commit genocide against conservatives.)
[ Post Reply | Private Reply | To 7 | View Replies]
To: comonbaby

Why should ‘conservatives’ do ANYTHING for folks that are so messed in the head that they don’t know why they got what they do below the beltline???

THERE ARE MAYBE 1% OF THE ENTIRE USA POPULATION, and demand that ‘conservatives’ accept their mental sickness as a norm???
‘Conservatives’ muust make laws that make these sickos acceptable?

The article says just that. The point of the piece is that by accepting the premise of transgender we are not only destroying society, we are doing damage to transgendered people. He is making the case that it is immoral and cruel to allow transgenders to believe something that is untrue.

Bezmenov made that presentation in 1984. I believe anyone can become “happy”, over time, living with their identity crisis derived from an obsession, but NOT totally and not forever.

We have failed as a society when we are told BY LAW that we are required to be the enablers of the obsession; that pretending as the person with the obsession is doing is “right”. It is not true empathy. True empathy would acknowledge, rapidly and prominently in the child’s life that the obsession was wrong. Yes, there needs to be lots of compassion and empathy in that acknowledgement, but mere throwing up the hands in acceptance is wrong.

Exactly. The left is not interested in truth. They are interested in winning. Lying to make their case more viable comes as naturally to them as talking.

Your perspective based on law and logic is a new, good one.

Another perspective that now I’ve thought of it I cannot erase from my mind is that the pro-transition people (and doctors) are thinking with a 20th century binary mind. They are primitive. Forcing people to change their bodies with ghastly surgeries because the “experts” say you have to look like your brain’s sexual identity. It is ridiculous.

A child who feels “girl” deep down and is a boy should not be told to be a girl. This is the way he was born. He should be taught that sometimes boys have girl brains and that is ok. Because it IS ok to be born with a disability. He can play with the toys he wants, even dress how he wants, but he stays a he for life. They are MEN. They can even be called transgender; that can be the name of their brain dysfunction. But they are MEN and we all need to get used to it and let them leave their basic body shapes alone. The surgeries are only the result of a binary, primitive way of thinking. There is no need to transition.

SCIENTIFIC FACT: the “transition” makes these very unhappy people content in 50% of the cases. That is NOT a successful treatment. And it’s so drastic.

What battle? Why bother fighting against or for a miniscule fraction of the population? Ignore them unless they’re in your face. Their weirdness is not (very) contagious, except to other mentally challenged individuals.

I took it to be referring to when their insanity makes its way to school locker rooms and public rest rooms. I have 3 kids and I know that one day some principle is going to insist that they call a boy in their class a girl. It gets into thought control.

Just set sensible rules and enforce them. Male appendage present = use boy’s/men’s room. Ignore their whining, wailing and complaining, and that of their enablers.

If a “trans-” is involved, then it’s false. You can’t “change” sex, and that is what “trans” implies.