A Historic Number of Electors Defected, and Most Were Supposed to Vote for Clinton
The New York Times ^ | 12/19/2016 | KIERSTEN SCHMIDT and WILSON ANDREWS

The Electoral College on Monday voted for Donald J. Trump to win the presidency. Seven electors, the most ever, voted for someone other than their party’s nominee.

In Washington, a state where Senator Bernie Sanders of Vermont had strong support in the Democratic primary against Hillary Clinton, three of the state’s 12 electoral votes went to Colin L. Powell, the Republican former secretary of state. One more elector voted for Faith Spotted Eagle, a Native American leader. Another Democratic elector in Hawaii voted for Mr. Sanders.

TOPICS: Government
KEYWORDS: 2016electoralcollege; clinton; constitution; constructionism; constructionist; defected; electors; faithlesselectors; fakenews; owned; scotus; trump Navigation: use the links below to view more comments.
first 1-20, 21-38 next last
All those Hollywood celebrities made that video asking the Electors to switch their vote... and they did! Five of them who were supposed to vote for Clinton chose someone else.

Nice graphic at the site showing the electoral count totals.

... And whats this I hear about Bill Clinton being a NYS elector ?

maybe because only democrats take celebs seriously and decided to do their ‘patriotic duty’ against Crooked Hillary, especially since they knew she wouldn’t win anyway

Ba, ha, ha! It must kill the New York Times to publish the truth for a change!

here’s something you won’t see in the NY Slimes:

Message body
This should give you reason to be grateful:

I reckon Donald will make the cuts even more.

Notice S.S. And the military are NOT on this list.

These are all the programs that the new Republican House has proposed cutting.

Read to the end.

My question is, what is all this doing in the budget in the first place?!

Maybe this is why the Democrats are attacking Paul Ryan.

NY Times won’t let me on their site

This on the heels of the recounts that only padded Trump's vote totals and exposed Democrat vote fraud in urban areas. Might even result in a voter ID bill for Michigan!

Every stage of victory is just more delicious than the last. I wonder what they have next in store for us! Another opportunity for Trump to improve and extend upon his victory I'm sure!

We need to remember this episode carefully. Perhaps, should there ever be another successful Rat candidate we can be successful at the game they have played here!

Our local ABC TV news online had 2 different articles about Trump electors being faithless with tabloid like headlines yesterday; nothing about the Dim electors. When someone tried to comment about that a reporter for that station reported that only Republican electors voted yesterday, because Republicans won the election Democrat electors did not get to vote in the Electoral College vote. He put that in response to 2 different people. I corrected him and he deleted his post, and responses including mine, changed wording in the article- still did not put anything about Dim electors changing their vote. They wonder why we don’t trust them for news!!

Though is didn’t hurt the Trump cause ... it is setting a disturbing trend and needs to be nipped in the bud.

How many of those leftie losers have been sweating bullets since Trump met with Carlos Slim?

Does someone have a list so we can switch the channel? Noah Wylie is one. Your Tax Dollars at Work: Shrimp on Treadmills

Although I think it’s funny as hell that Hillary lost electors, they really need to tighten up the laws, and increase the penalty for electors that choose not to carry out their duty to the voters in their state. In addition, there needs to be severe penalties for anyone attempting to harass, intimidate, or threaten an elector. If Hillary had won, and electors pledged to her were receiving death threats, you’d better believe that Obama would have had the Justice Department aggressively pursuing these people. 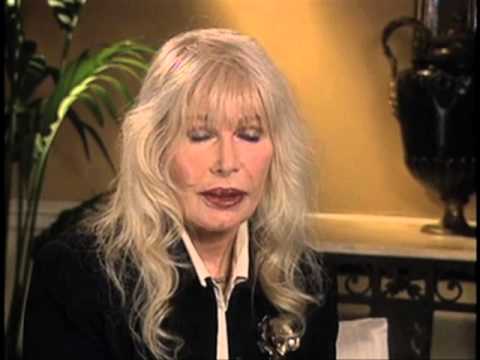 Some goober on the radio was reading the Washington defector votes and said: “someone voted for Faith THE Spotted Eagle”.

“This to be nipped in the bud.”

Absolutely correct. The Rats think they have a new weapon now. They will be much more stealth next time if we don’t fix this faithless business. Suppose they only need 2 next time like in 2000. Promise a few million dollars down the road or some sort of blackmail and who knows.