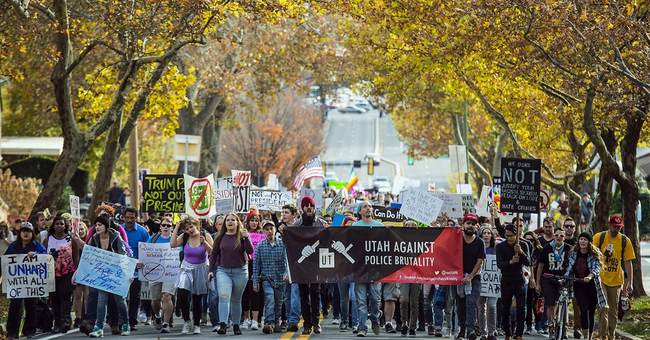 I wanted to take a minute to write you specifically, so that you would know that your feelings matter to me.

I know the past week or so have been really super, incredibly, terribly, horribly hard for you. You believed that Hillary Clinton would finally break that non-existent glass ceiling and that the warm and fuzzy snuggles you’ve had since President Obama came to office would keep on keeping on. Beer summits, Lin-Manuel Miranda free verse nights at the White House, and free weed for all, this is what you’d hoped Hillary would bring you; that and possibly turning the day after the Super Bowl into a national holiday.

When that didn’t happen you believed it had to be someone else’s fault, because let’s face it, this is what you’ve always been told. Why would you know otherwise?

I also understand very deeply how important it is for your narrative to not be messed with. After all most of you that are now “expressing yourself” grew up with a public school curriculum that reminded you that your feelings are never wrong and that "looking out for yourself first" is the most important lesson in life. When someone doesn’t affirm this I know the cognitive dissonance has to come near making your brain explode.

Yes you never knew the lessons of losing because when your team scored fewer runs they still got trophies. You don’t much like God nor his ten commandments because they seem like a serious drag on your positivity with all the “thou shalt nots.”

I get that you don’t know the difference in using the f-word or not in polite conversation, and I know that some of you may even be angry that your parents made you live your entire life as the actual gender that matched your anatomical genitalia.

Life has been hard for you.

Suffering through history lessons in… er history class, and sometimes hearing things about historical figures that weren’t quite as gentle as what your fluffy professors would like to teach you they were. To be candid, it’s a miracle that so many generations before yours suffered through such indignities.

Even though you can’t articulate nor even defend your actual worldview, I know how much easier it would be for you to just never have to listen to anything that runs counter to it to begin with.

I know on Snapchat, Instagram, and facebook you have this image of yourself that you are carefully crafting and how easy it is for you to just unfriend someone when they don’t like your newest Sextie.

So I can only imagine how bad the last two weeks have been.

Donald Trump, you’ve been told, is an "orange Jesus,” a not nice person who dislikes people different than him, and may actually cause a lot of disruption to your whole vibe. And because your world is filled with only one point of view, when that point of view tells you that the world may end if this happens, you naturally start asking your teachers for safe spaces. But after a while you grow bored there so you need coloring books and play-doh, or maybe even puppies to cheer you up. Because you know #FeelingsMatter.

Yes it’s true, things may get a bit harder for a while. New anchors will mostly huff and grumble their way through his picking of his cabinet and his inauguration. They will fill your minds with teasers like “how great would it be if we got rid of the electoral college?” In some instances I’ve heard college professors have even taken to encouraging you to harass the members of the electoral college into trying to sway them to reverse their votes from Trump to Clinton. One lady I heard they’ve harassed with over 8000 phone calls and emails. Because you know #RapeMelania.

When none of this works those same news anchors, and academics, and others who believe that you should live according to your feelings (instead of facts) will likely blame the outcome on something else. Because you know #NotMyPresident.

They will still continue to attempt to get you to harass those who differ with you though. Like if a Vice President goes to see Hamilton they think it’s a classy move to curse so loudly and out of control during songs they perceive apply to the administration they will encourage you to do so long enough to stop the performance—multiple times. Because you know #LoveTrumpsHate.

And if you can’t get a ticket because they’re being sold for that old fashioned capitalistic idea of a profit, just wait outside and chant for him to f-himself as he leaves. Because you know #WhenTheyGoLowYouGoHigh.

Whatever you do though, pay no attention to the beliefs, words, or ideas that Alexander Hamilton actually believed because he was a dangerous dude who would’ve opposed everything your twice rejected Queen Hillary believed.

“There are seasons in every country when noise and impudence pass current for worth; and in popular commotions especially, the clamors of interested and factious men are often mistaken for patriotism.”

“Why has government been instituted at all? Because the passions of man will not conform to the dictates of reason and justice without constraint.”

“The inquiry constantly is what will please, not what will benefit the people. In such a government there can be nothing but temporary, expedient, fickleness and folly.”

“I have thought it my duty to exhibit things as they are, not as they ought to be.”

A Hamilton-sized betrayal of such magnitude might cause a nationwide snowflake suicide watch. Because you know #SnowflakesLivesMatter.

What I most want to tell you though is simple, “You will be okay in the end.” The icons you worship have led you to believe that the world is falling apart, but in reality for the next few months and years, things are going to radically improve.

But in order to do so, just about everything you’ve ever been taught in your precious little snowflake life will have to be unlearned.

And the lesson you will have to take away from it all is that America will survive for another generation.

The lefties have so misled the Snowflake Generation.

“When someone doesn’t affirm this I know the cognitive dissonance has to come near making your brain explode.”

Snow flake brains do NOT explode - rather the IMPLODE - such is the nature of a vacuum!

The snowflakes think they are going to unite into a mighty collective avalanche sweeping everything before them. More likely they’re going to melt into a collective puddle of filthy water in the gutter, until they flow off to the sewers.

We need a safe space from these nuts.

The demons are unhappy.

7 posted on 11/20/2016 1:37:56 PM PST by mountainlion (Live well for those that did not make it back.)
[ Post Reply | Private Reply | To 1 | View Replies]
To: Kaslin
This is BS! For two weeks we on the right have been trying to connect with the angst and crisis in the heads of "snowflakes" who are blocking highways, burning trash, and calling any Trump voter a member of the KKK.

STOP IT! These folk are professional protesters. They are paid for their service and they perform. Most didn't even vote! They could not care less about Hillary, Trump, or any other thing they are pretending to be hurt about. They care only that the check cashes, and where are the cameras aimed.

Ouch! That is gonna leave a mark...like a branding iron.

My safe space smells like model glue, model paint, cordite, and Hoppes No.9. Food and water and one entrance. I feel quite safe there

I crack me up.

11 posted on 11/20/2016 1:44:57 PM PST by M Kehoe
[ Post Reply | Private Reply | To 1 | View Replies]
To: Kaslin
Even though you can’t articulate nor even defend your actual worldview, I know how much easier it would be for you to just never have to listen to anything that runs counter to it to begin with.

That describes the entire Left.

What has two thumbs and doesn’t give a dang.

Oh this so splashes the canvas seamlessly succinct that categorizes the progressive painted. Who one day when referenced far away it won’t be believed that any could be so clueless. A myth, it will be said, no creature would ever possess so much pathetic. The only thing that will last with this wailing cockroach is they will be synonymous with hypocritical. The benchmark for self-defeating, the litmus test of lunacy.

The letter to the snowflakes was much to kind.
If I were to write them a letter it would be more along the lines of; “YOU LOST, SO SHUT THE F#CK UP, IF YOUR LIFE IS THAT BAD, DO US ALL A FAVOR AND KILL YOURSELVES. IF YOU DON’T KNOW HOW I AM MORE THAN WILLING TO PROVIDE INSTRUCTIONS FOR YOU”.
Sincerely, (not) YOUR FRIEND.
The rest of the country.

Always have a back door, live to fight another day.

Suck it up buttercup.