“Jim Traficant used to yell and holler and scream for the people,” Kessler said. “I mean, he went out there and fought his heart out. And that’s what Trump is doing.”

It’s a pivotal voting trend in the battleground-inside-a-battleground that is Youngstown.

More than 1 million registered Democrats and independents voted Republican in Ohio’s presidential primary, according to state elections data. One of the biggest swings was in Mahoning County, where more than half of Trump’s 11,000-vote primary victory came from crossover voters.

The area’s anti-establishment electorate cheers politicians who ruffle feathers, and brushes off criminal activity – even prison time such as that which Traficant served for taking bribes and kickbacks – as a cost of doing business.

“They look at it as, ‘Jim Traficant may be a criminal, but he’s our criminal,’” said filmmaker Eric Murphy, who grew up in the Valley and recently released the documentary, “Traficant: The Congressman of Crimetown.”

Speak to many in the Valley where steel was once king and they seem to ask, “WWJD?” – “What would Jimbo do?”

David Betras, chairman of the Mahoning County Democratic Party, knew Traficant when he was a populist superstar strutting around Washington in bell-bottoms, a cowboy hat and a barely-disguised toupee.

“On the surface, they sound very much alike. They’re populist and crass. Traficant wanted to send the National Guard to the border, he opposed NAFTA [North American Free Trade Agreement]. But when you look a little bit deeper, you would realize that if Jim Traficant were alive today, he’d never be voting for Donald Trump,” Betras said. “Both say, ‘I’m the only one fighting for you,’ but the difference is Jim Traficant was fighting for them, and Donald Trump never fought for a working guy in his life.”

Kessler doesn’t agree, and she’ll take her convictions into the voting booth. That’s after the release of a 2005 video that features Trump making lewd comments about women. The footage has many Republicans pulling endorsements.

“The Trump supporters have one thing going for them, they don’t care whatever he does,” said Kessler, a Roman Catholic who now volunteers daily at GOP headquarters. “I don’t care if he never shows his taxes. I don’t care if he’s married 15 times and has a girlfriend on the side. This man loves America, and he loves me.”

Such loyalty frustrates Democratic nominee Hillary Clinton’s efforts in Mahoning County, which has swung loyally Democratic in all but two presidential elections since 1946 – including both times Bill Clinton ran.

Cognizant of the stakes and optics of losing the state’s blue-collar crown jewel, Clinton and running mate Tim Kaine have campaigned in the Valley. They’ve also sent a parade of big-name supporters, including Chelsea Clinton with “Norma Rae” actor Sally Field, cast members of the political TV drama “The West Wing” and former President Clinton.

Seth Unger, who speaks for the Trump campaign in Ohio, called it “a long sad train of surrogates” engaged in “an attempt to salvage the votes of labor-union members, veterans, millennials and disaffected Democrats.”

Don Warg is a disaffected Democrat who cast his vote for Trump in the primary. But the 52-year-old from Austintown said he plans to skip the presidential election entirely this fall.

“I can’t stand Trump. I’m completely disgusted with everything that’s gone on. They have us picking between a couple of imbeciles,” he said. “I knew Jim Traficant personally. I loved Jim Traficant. Trump isn’t even close.”

Traficant would be 100% for Trump.

Don Warg is an idiot. 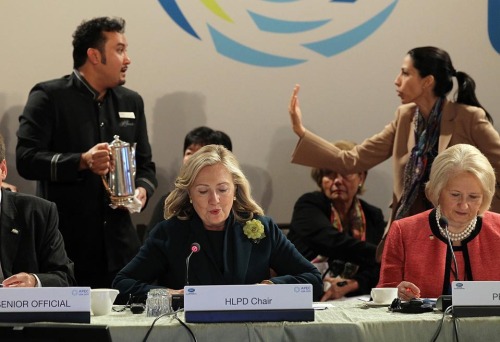 The Bankruptcy of The United States

“Mr. Speaker, we are here now in chapter 11. Members of Congress are official trustees presiding over the greatest reorganization of any Bankrupt entity in world history, the U.S. Government. We are setting forth hopefully, a blueprint for our future. There are some who say it is a coroner’s report that will lead to our demise.

Loved his rants. Whether or not I agreed, they were really interesting.

Just thinking out loud here but if serious honest democrats are on the fence they will move to Trump. They are not going to think about it this long through this much stuff and then keep the status quo.

“The Trump supporters have one thing going for them, they don’t care whatever he does,” said Kessler, a Roman Catholic who now volunteers daily at GOP headquarters. “I don’t care if he never shows his taxes. I don’t care if he’s married 15 times and has a girlfriend on the side. This man loves America, and he loves me.”

Traficant had a ‘possum on his head. I’m pretty sure that’s Trump’s real hair.

I miss Old Jimmy, his One Minute Speeches were the stuff of legends.

Hadn’t thought about this guy in a while. He always was crazier than hell. Funny too, even though I frequently and loudly disagreed.

” ...in Mahoning County, where more than half of Trump’s 11,000-vote primary victory came from crossover voters.”

Too many blue collar Dems, or ANY Dems tend to vote party, period. So at this point if they are not decided, I’d say indeed that’s good news for Mr. Trump.