Alabama State Representative Ed Henry, a Republican out of Hartselle, doubled down Tuesday on his position regarding a Tweet sent after last night's Presidential debate where he said that former President Bill Clinton is likely a rapist.
.
.
WAAY-31 also asked Representative Henry if he regretted Tweeting out the comment, to which he simply replied, "no." 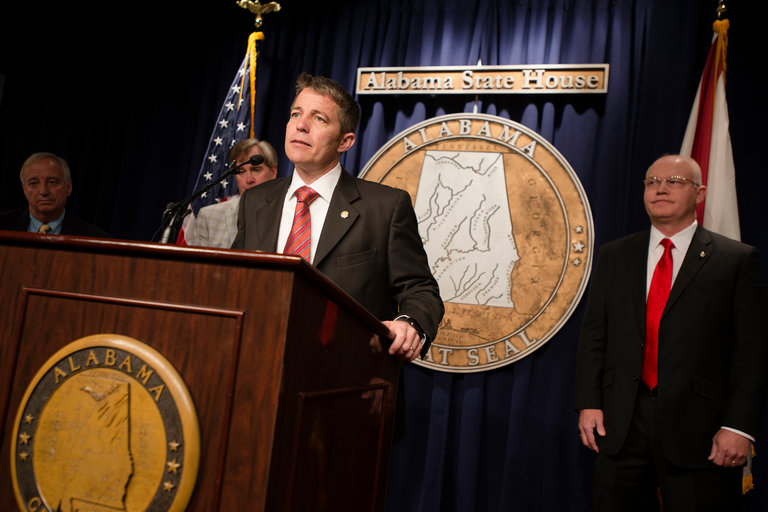 Bill is a convicted, disbarred, impeached sexual predator, but he is still the hero of the progressive liberals.

Really??? Likely a rapist??? Ok, well read this and then wonder:

“Every survivor of sexual assult deserves to be heard, believed, and supported.”

Regina Blakely—(Bill forced himself on her, biting, bruising her).

Anyone who saw the Lisa Myers’ (former NBC reporter) interview, from the 90’s, with Juanita Broaddrick, KNOWS Bill is a rapist. Period.

Even with a documented severe bend in his penis?

All [some of] the President's victims:
Bill Clinton's long history of sexual violence against women

Although the White House has successfully intimidated NBC News into deep sixing an explosive interview with an Arkansas woman who says Bill Clinton raped her 20 years ago, Capitol Hill Blue has confirmed that the charge is but one of many allegations of sexual assault by the President.

A five month investigation into the President's questionable sexual history reveal incidents that go back as far as Clinton's college days, with more than a dozen women claiming his sexual appetites leave little room for the word ''no.''

Juanita Broaddrick, an Arkansas woman who worked on Bill Clinton's campaign when he was attorney general, told NBC's Lisa Meyers two weeks ago she was raped by Clinton. NBC, under intense pressure by the White House, shelved the interview. The White House also threatened Fox News Tuesday after it reported the story.

But Broaddrick's story is only one account of many sexual assaults by Clinton. Among the other incidents:

In an interview with Capitol Hill Blue this week, the retired State Department employee said he believed the story of the young English woman who said Clinton raped her in 1969.

''There was no doubt in my mind that this young woman had suffered severe emotional trauma,'' he said. ''But we were under tremendous pressure to avoid the embarrassment of having a Rhodes Scholar charged with rape. I filed a report with my superiors and that was the last I heard of it.''

Capitol Hill Blue also spoke with the former Washington fundraiser who confirmed the incident, but said she would not go public because anyone who does so is destroyed by the Clinton White House.

''My husband and children deserve better than that,'' she said.

The other encounters were confirmed with more than 30 interviews with retired Arkansas state employees, former state troopers and former Yale and University of Arkansas students. Like others, they refused to go public because of fears of retaliation from the Clinton White House.

Likewise, the mainstream media has shied away from the Broaddrick story. Only The Drudge Report and other Internet news sites have actively pursued it.

The White House did not return calls for comment Tuesday night.

We need more Republicans like this. Too many RINOs in the House are missing a backbone like Ed Henry has.

Bill Clinton is a rapist. He should be shamed like Bill Cosby, not on the campaign stump.

Bill should sue him!

From what I gather Billy boy is ALSO A PEDOPHILE