Presumptive Republican presidential nominee Donald Trump said that Britons had taken back control of their country on Friday, after they voted to leave the European Union (EU) in a referendum.

Trump arrived in Scotland -- whose citizens took part in the referendum -- on Friday morning for the opening of his Trump Turnberry luxury golfing resort.

In a wide ranging press conference the tycoon said that, in the wake of the referendum, the break-up of the EU looked like it was "on its way, and we'll see what happens."

Trump also commented on President Barack Obama's warning in April that the U.K. would find itself at the back of the queue in trade talks if it left the EU.

"President Obama did say, I guess, that they should move to the back of the line," he said.

"That wouldn't happen with me: the UK has been such a great ally for so long, they'll always be at the front of the line, they've been amazing allies in good times and in bad times."

On Thursday, the U.K. voted to leave the European Union by 51.9 percent to 48.1 percent in one of the most significant referendums in generations. The result stunned global financial markets, which had priced in a victory for the "remain" vote.

In a Facebook statement released on Friday morning, Trump said that the British people had "exercised the sacred right of all free peoples."

"A Trump Administration pledges to strengthen our ties with a free and independent Britain, deepening our bonds in commerce, culture and mutual defense," the statement went on to add. "The whole world is more peaceful and stable when our two countries – and our two peoples – are united together, as they will be under a Trump Administration."

so much to love about this!

Non sequitur: Just read on other sites that already there are calls for an exit referendum in France, Italy, Scandinavia, Scotland and maybe a few others. Looks like the EU may crumble into the history books. We can only hope.

I love that he is in Scotland...opening a resort! Has any candidate EVER done serious business trips while running for President!? Classic!!!! The fact that he managed to be in the UK on the day of this vote tells me there is some magic in the air.

As others have said, somewhere in plebian America, ashtrays are flying.

Of course, he said this in and about Scotland, which voted to remain in the EU, but that’s none of my business. 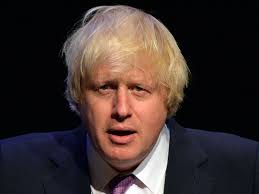 Alexander Boris de Pfeffel Johnson is an American born, English politician, popular historian, and journalist who has served as Member of Parliament for Uxbridge and South Ruislip since 2015, and I strong Brexit supporter. Remind anyone else of someone else?

Poland may be put into play also. They are a bad fit for the EU.

You look at some of the polling demographics coming out from this and it’s rather shocking. My colleagues in the UK did not expect this as of yesterday afternoon.

The Dow futures are down over 1,000 points, Gold is up 30%, Cameron resigns and now Scotland wants to leave the UK again because they voted 100% to stay in. The Pound and Euro are plummeting.

I almost liquidated my portfolio yesterday. Looks like I should have.

Can only hope that globalism is beginning to recede.The reason that London didn’t favor Brexit is simply because it has been transformed into a multi-cultural globalist loving musi loving Sharia infected city.

Gotta be absolute butt-puckering panic inside Beltway Elite Land this morning. I bet the drive to kick CrookedLyingHillary to the curb shifts into high gear.

The sky is not falling.

Are you going to stop buying products tomorrow that you were using ysterday?

Once again, market “experts” were wrong. And horrendously so.

Heads up America, they will flee London and probably end up here .... if Hillary is elected.