The document chronicles hundreds of news reports of Clinton Foundation malfeasance featured under devastating headings created by DNC staffers themselves. Track-change comments featured inside the document contain the names “Lauren Smith” and “Jeremy Brinster,” both of whom are listed as former or current DNC research staffers.

doesn’t sound too damaging from the descriptions.

Does the document include the "explanations" the DNC will provide in response? If so, Trump's staff should anticipate them and address them upfront.

Clinton and the DNC may think that Trump is a "flawed" candidate, but he looks like an angel next to her. I hope the Super PACs are ready to crank up the negative ads in swing states.

Grammy Klntoon is a Commie crook. She isn’t going anywhere but Leavenworth ...

I agree, but I’ll believe it when I see it.

NOTHING will hurt Hillary with her idiotic supporters. What will happen is hopefully enough pressure is brought on her by the Berners and honest employees in the FBI (hahahah I know right) that it is unbearable for her. I think the ONLY thing that will keep her out of the White House now is her health. I don’t think there is a big enough margin for Trump votes to counteract the massive amount of vote fraud that will be perpetrated to Hillary’s benefit. 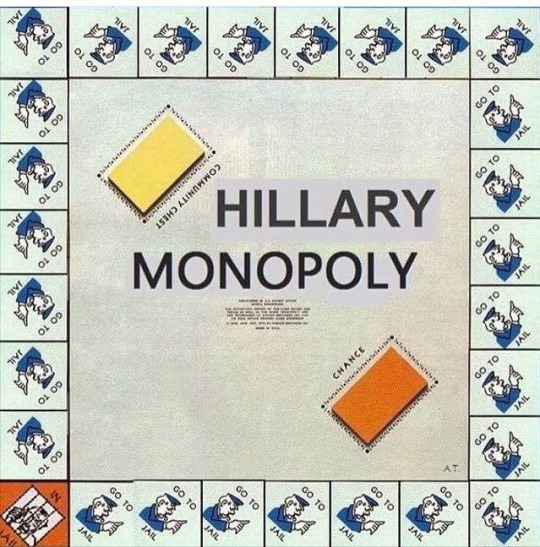 where is the LINK to the 42-pages cited in the headline?

12 posted on 06/21/2016 4:19:52 PM PDT by ptsal
[ Post Reply | Private Reply | To 1 | View Replies]
To: bobsunshine
..... Somehow ... I don't think accepting tens of millions of dollars from foreign entities is really the best qualification for a person seeking the office of the President of the United States.

.... That's what I say when a person tells me they support Hillary. Usually shuts them up cuz they actually don't know anything about the pansuit and are afraid to profess their ignorance.

If they have and release the Clinton emails from 2008-2012, we'll forever be grateful.

If she skates on this, it's over for the country as every court in the country will say, "Well, Hillary got away with it!" The precedent will have horrible long term consequences. It will green light corruption and pay-for-play at every level of government. The beginning of the end. . .

Mr. Comey, I know your working on it but can you just give us a progress report? Even if you had a press conference and said something like, "You know folks, I'm working on two areas with Hillary Clinton. The email/server issue is about done and I'll be making recommendation to AG Lynch soon. The tentacles and permutations with the Clinton Foundation and Clinton Global Initiative are way more involved than we initially thought. I can't give you a time-line on that."

For those who say we only have one shot at the Queen, I say why can't they be two totally different cases? I've heard scuttlebutt that the email/server investigation is basically done. Feedback from our legal beagles please on whether or not they can be two separate cases with the AG or are they hopelessly intertwined and we do indeed only have one case with the Queen.

HOW RICH ARE THEY? At first glance, the Clintons astounding honoraria and humongous Foundation donations seem to provide the bulk of the couples mega income.

Bills honoraria increased dramatically pocketing some $50 million during Hillarys four-year term as Secretary of State....including an Irish scholarship fund, a Korean conglomerate, and, a Nigerian newspaper company......each of whom paid Clinton more than half a million dollars for a single speech.

I firmly believe the Clinton Foundations gigantic donor list, and their astonishing blizzard of speaking honoraria, are a smoke screen for their secret wealth....and the way they make billions sub rosa....intertwining their vaunted do-goodism and their multiple tax-paid public offices.

The calculated Clintons have sought to branch out into other business activities. All of that is kept under wraps. Very little is known about the exact nature and financial worth of Bill and Hillarys non-speech business interests.

At last count, the Clintons apparently raised an astounding $2 billion from their foundation activities and their political campaigns.....

The Clintons are worth a bundle.....accumulated in record time. Their livelihood was collected as they marched through American politics.

Secy Hillary poured billions of our tax dollars into Haiti as Bill put on his "do-good" act. In some mountain villages there's no electricity (maybe generators for a few hours), no water, no septic, etc. - but dirt-poor Haiti does have cell-phone coverage.

And if you read the many stories of Clinton "do-goodism" in Haiti....he is invariably standing before a Digicel sign. You can bet your bottom dollar the Clintons get a cut of that action.

Selling out your own country is highly profitable and now she must become POTUS to get even more and to make sure she doesn’t go to the gallows for her treason. The fact that she is likely to get away with it is terrifying in that it indicates what has happened to us.

In my past there was a person I hated so much I would have killed him were it not for my Christian beliefs. He was a despicable ruthless greedy person. Pretty surprising to me that Hillary hasn’t met the fate this guy deserved.