[George Will]:If Trump is nominated, the GOP must keep him out of the White House
Washington Compost ^ | 29 April 2016 | George Will

Donald Trump’s damage to the Republican Party, although already extensive, has barely begun. Republican quislings will multiply, slinking into support of the most anti-conservative presidential aspirant in their party’s history. These collaborationists will render themselves ineligible to participate in the party’s reconstruction.

Ted Cruz’s announcement of his preferred running mate has enhanced the nomination process by giving voters pertinent information. They already know the only important thing about Trump’s choice: His running mate will be unqualified for high office because he or she will think Trump is qualified.

Hillary Clinton’s optimal running mate might be Sen. Sherrod Brown of Ohio, a pro-labor populist whose selection would be balm for the bruised feelings of Bernie Sanders’s legions. Running mates rarely matter as electoral factors: In 2000, Al Gore got 43.2 percent of the North Carolina vote. In 2004, John Kerry, trying to improve upon Gore’s total there, ran with North Carolina Sen. John Edwards but received 43.6 percent. If, however, Brown were to help deliver Ohio for Clinton, the Republican path to 270 electoral votes would be narrower than a needle’s eye. [SNIP]

Trump would be the most unpopular nominee ever, unable to even come close to Mitt Romney’s insufficient support among women, minorities and young people. In losing disastrously, Trump probably would create down-ballot carnage sufficient to end even Republican control of the House. Ticket splitting is becoming rare in polarized America: In 2012, only 5.7 percent of voters supported a presidential candidate and a congressional candidate of opposite parties.

George Will is worse.

You may be right. I just re-read his diatribe, and am doubly disgusted.
The arrogance! HE will say who will be “fit” to take part in the party in the future, eh? HE will—again—take part in party “purges” of those who dared to stand up against their “betters” and those whom Mr. Will deems insufficiently pure. Perhaps Will can run the re-education camps too. What a petulant old jerk this guy has become.

I used to like George Will but not anymore, this clip turned my stomach and I can not stand to listen to him anymore.

I think we are witnessing a fundamental moving of the parties that demographers were warning about for years.

The Demoocrats will from now on move more and more toward a European socialist model. The Republican party will slide to the left occupying the moderate Democrat space.

It’s no wonder old-timers like George Will are upset. They’re seeing the death of the party they worked for for 50 years. The first time I saw George Will was in the 1970’s. William Buckley had a PBS show where he did a formal debate on a topic of the day. The one I remember the most was the Panama Canal Treaty. It was Buckley versus Ronald Reagan with youngsters Pat Buchanon and George Will rounding out the teams. Will was a regular on the show for as long as it was on.

For decades the party has been warned that the demographics of the country are changing and the traditional Conservative positions of Pro-life, low taxes, strong military, balanced budgets and constitutionalism was becoming less and less tenable. With the nomination of Trump, that fear is becoming reality, and it’s no surprise that the old guys are resisting the change.

Of course it’s their own fault because the Republican Party made no efforts to educate the new generations to their positions, or reaching out to the increasing numbers of minorities, or even fighting for their positions. The Republlicans were for balanced budgets? Hah. You couldn’t prove it the last few years even while they had the House and Senate. They can’t even write a budget to vote on.

Regardless of whose fault it is though, for many there will be a period of mourning as Trump takes the party in a very new direction away from the low taxes, Constitutionalism, religious right, interventionalist military positions that the party has held onto for a lifetime.

Maybe it had to happen. The demographics of the country are no longer what they were in 1980, but it will be up to Trump to salve those wounds to get those party workers who’ve volunteered for 10 different candidates manning the phones and walking the precincts their whole lifetime to work for him too. Since he has not put together a field organization, he’s going to need the local ones extant, and those are filled with 70 year old ladies who are just sick, thinking they’re seeing the death of the party they worked for their whole life.

Is Trump up to the job? We’ll see but the vulgarities isn’t helping him with that group of people that he will need to win.

George Will and about 800 other elites who live in and around DC should start their own party.

87 posted on 04/29/2016 9:21:32 PM PDT by GOPJ (Under Cruz every home will have a basketball ring, football net and a hockey glove- Willie Robertson)
[ Post Reply | Private Reply | To 1 | View Replies]
To: Fractal Trader
In this link, Rush cites both Will and Krauthammer saying they didn't really understand who Obama was until he was in office. I don't much get along with Rush these days but I point this out as a fyi. Why should anyone follow the sayings of these two?

George Will is a natural born moron.

USA TODAY: "Trump has more primary votes than Romney received in all of 2012'

Your analysis only ignores that:

1. If immigration continues, the new immigrants will create a permanent Democrat majority with the new votes from immigrants.

2. Trump is the only one even talking about stopping immigration.

That little minor point is the only thing that you missed. 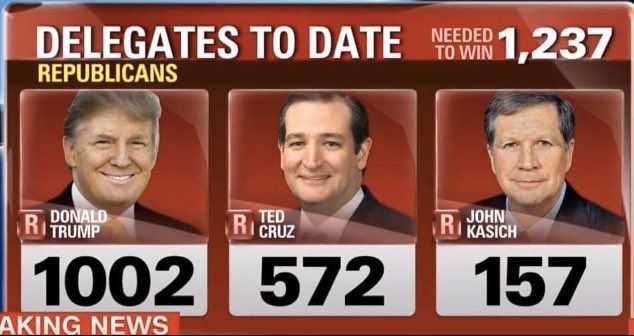 i couldn’t read the whole thing but did he mention the immediacy of the global warming threat?
its always those who have done the damage that blame everyone else for the end result