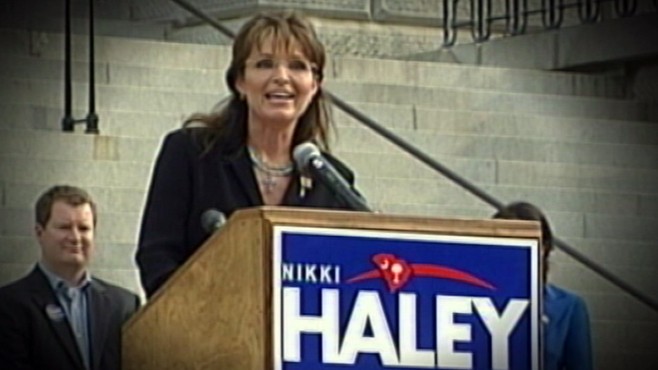 Tip of the hat to all the Freepers who predicted this!!!
I’d be happy with either Trump or Cruz. Now I want to ask those accurate prognosticators: if Trump runs the table, will Cruz be his Veep? Will Cruz accept it if offered?

Thats a tough one.

Of course it was an acronym for my 60’s RADAR as well.

There will be much moaning and gnashing of teeth by the Presstitute/RINO/Democrat/Crony-Corporatist complex.

This is going to be so much fun!

So what did you think of the leaked Cruz video?

“I believe this will push Cruz higher in Iowa.”

I just laughed so hard I spotted.

I think her and others have a different objective than you. They are not aiming to elect the most conservative but are looking for the best chance to destroy the republican elite. This is more of an Andy Jackson populist move than a conservative play.

I’d be OK with it, but only if they tape his Dumbo ears back. And he needs to lose the high heels, too.

Other than that, he’s great for the pulling in the youth vote. hahahaha

That I don’t believe, not for the worlds smartest man. :)

John Wayne is dead - unless you know something I don’t.

The Governor is pandering to Ethanol.

Sarah Palin has lost something: her marbles, her conservatism, ... maybe her money; she could need a job or some kind of government appointment.

Maybe she could run for Veep again. Would this be an upgrade from McCain or not????

I am not going to laugh.

Thank you for recognizing that fact.

You got that right. Cruz has hit a wall. TRUMP is sweeping the state polls and may well win IOWA.

As Joe said this morning on MJ, “if this were any other candidate but TRUMP, the mainstream media would have already called this race.” This coming from a Left leaning program.

You can take that to the bank. The media despise him and the Democrats fear him.

You sound like you've lost your sense of humor there, Reverend One-One-One.
I have faith you'll find it by January 20, 2017.

I must get 50 E-mails a day begging for money from Cruz.

Everything is a crisis

Sarah Palin of all the candidates has my vote

If you think Juan Mc Cain would beat Mitt Romney your nuts but if you add Sarah Palin to Juan and Paul Ryan to Mitt .

You got more crowds and votes

Trump bashed Romney as too tough on immigration and even since his campaign started he's supported AMNESTY MULTIPLE TIMES.

And even at his "toughest" he supports "touchback amnesty." This where illegals set foor in Mexico, then they can legally get on board the gravy train.

Trump has only taken this "pseudo-tough" approach on immigration since he got attention for it. Trump has always said things for attention. He changes them and swings back and forth.

So, what you are saying is, you just want to hear someone say certain words, and you don't care if it's a lie and you have a 100% chance of being stabbed in the back?

Why not just stick with McConnell and Boehner then? They are not going to be any worse than Trump on immigration.