Trump is “the best of the lot,” Duke says of GOP frontrunner

Self described “racial realist,” Duke, praised Trump during a recent rant during his online radio show, calling the business mogul a “good salesman.”

Duke, who ran unsuccessfully for president as a Democrat in 1988 and later served in the Louisiana House of Representatives, also said he liked Trump because of “the fact that he’s come out on the immigration issue,” adding, “he’s an entrepreneur and he has a good sense of what people want to hear, what they want to buy.”

While Duke admitted Trump’s proposals could be a political ploy to get the nomination, he agreed with the real estate mogul’s policies aimed at mass deportation of undocumented immigrants, calling him “the best of the lot” among the crowded GOP primary field.

After complaining about the “Jewish domination” of the media, Duke said Trump is telling it like it is.

“Trump, he’s really going all out. He’s saying what no other Republicans have said, few conservatives say.”

Trump’s campaign did not immediately respond to a request for comment.

Listen to Duke’s comments on Trump below:

Five more points in the polls.

Duke shouldn’t get time of day. No upside to even mentioning what this guy thinks. The only thing I’d like to hear is that he is dead, in jail, or a mental institution. Seriously, KKK?

His contention that the Jews run Hollywood and the media is just a long string of fallacies emanating from the known 'RAT leftist, David Duke. Isn't it strange, though, that he's silent about the real power behind the lamestream media and Hollywierd.

That, of course, are the sodomites. They are behind the degrading of the Republic's culture since they push the homosexual agenda. Since Duke never seems to mention the sodomite control exerted, the only logical conclusion is that Duke himself is a homosexual.

That sounds like something Trump would say, but instead, he needed a quick zinger like the rosie odonell retort, which basically jujitsu’d the attack he saw coming.

This david duke endoresment looks a new line of attack that has some potential against Trump, and he hasn’t answered it yet.

The Ku Klux Klan is a Democrat outfit!

They're on the side of the abortion industry and seek to exterminate Jews and blacks. Their goal is nothing less an all-white America, populated by fellow leftists. Duke has spoken of his affinity for Russia. Why? Because it's white -- but above all, liberal!

My immediate thought too. Someone in the trump opposition camp, whether they are republican or democrat, put Duke up to this.

“They better answer fast, or else the media may smell blood in the water, or wherever.”

I bet this Duke says a lot of things all the time.

I doubt “The Wrap” reports on those.

Whatever The (Fish) Wrap is.

Fast or slow the media monkeys dance as “The Teflon Don” cranks on the handle of his 10 billion dollar machine...

29 posted on 08/26/2015 12:01:09 AM PDT by LesbianThespianGymnasticMidget (God punishes Conservatives by making them argue with fools)
[ Post Reply | Private Reply | To 27 | View Replies]
To: 2ndDivisionVet
Duke, who ran unsuccessfully for president as a Democrat in 1988

So, shouldn't he be known as "Former Democrat Presidential Candidate David Duke?"

That's usually how these people are presented on TV when they do an interview.

Really scraping the bottom of the barrel to throw mud at Trump. Maybe they’ll have a seance to see whether the ghost of George Wallace also endorses Trump.

“These boys is NOT white!”

The Communist Party and KNOWN terrorists endorse Obama AND the democrat party. How has that hurt them?

No one likely to support Trump will be concerned about this nonsense.

I am concerned.. It’s only a matter of time before democrats figure out TRUMP wants to expand federal givernment and raise taxes.. like Duke figures..

THEN.... they will shining his shoes...
Democrats plus drooling conservatives ....
plus DOPED UP Libertarians and Women..

35 posted on 08/26/2015 12:50:38 AM PDT by hosepipe (This propaganda has been edited (specifically) to include some fully orbed hyperbole..)
[ Post Reply | Private Reply | To 8 | View Replies]
To: GraceG
The way duke whines about “juice” all the damned time it is almost like some kid beamed him in the head with a carton on apple juice and he never let it go 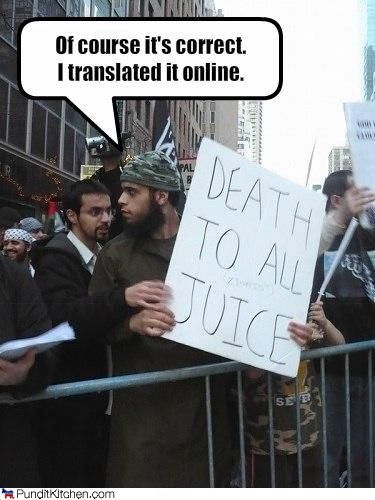 They need some prune juice since they're so full of SHEET.

And it’s normal that one Democrat would support another.

Who does Louis Farrakhan support?

Who does Morris Dees support?

Why is this news and CPUSA endorsing the half breed does not?

Anybody heard of “Itay Hod”? It can’t even post of pic of him/herself.