Forget it. I remember now. LOL! I think I’m getting that oldtimers ;)

121 posted on 07/25/2015 3:33:37 PM PDT by tsowellfan (www.cafenetamerica.com)
[ Post Reply | Private Reply | To 2 | View Replies]
To: Nextrush; Lazamataz
I don’t support Trump, but agree with his right to speak and am happy he is roughing up the Republican Establishment.

And also putting it to the media. That alone is worth the price of Internet access.

Well in that wig he looks better than Hillary. LOL

You know all those Wounded Warriors commercials you see on TV?

Most of them would not be on if Trump had not financially supported the group. Those TV spots are very expensive.

Rudy was pro-establishment. Trump anti-establishment. Big difference. People cheer Trump for sticking his finger in the eye of Karl Rove types who try to control us and succeed (except for Reagan).

Freepers know there is little chance of Trump winning the primaries. We know we disagree on more issues than 9 other candidates.
now. People,
We learn from this what we should already know. We are inconsistent. We support the person who seems to be on our side and oppose the person who appears to be on the other side, regardless of ideology.

Cristiada Hispanics and Conservative Blacks do this also. They see us as angry and hateful towards them, even though they agree with us on the issues. Thus they vote for the person with whom they disagree on the issues because he appears to be on their side.

Not to put too fine a point on it, but a combover is a hairstyle where a bald-on-top man grows his side or back hair very long and combs it over the bald pate. That is not what Donald Trump does. He has all his hair. The most accurate description is "personal hairstyle." 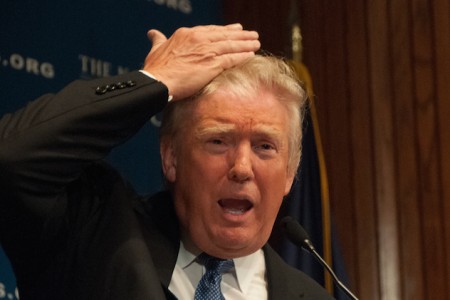 From my vantage point, it is obvious Jim Robinson has good instincts on whom to support and whom to oppose.

In business, people often throw “support” to people just to make business connections. I don’t see how they can stomach it, but that is how it is often done.

I am bothered with some of Trump’s previous positions. I thoroughly enjoy his candidacy. We are a long way from the primary. If his supporters are banned from FR, that won’t mean he is not heard. It just puts us out of the loop and out of the conversation. We lose. They don’t. I would prefer that we all actually talk about and debate the issues with fellow conservatives (including those who are a little less conservative than we would like but not full out liberals).

It is not in the best interest of conservatism to reduce the website to a pack of clever insult-o-matics that no one takes seriously anymore.

I like hearing Trump call a spade a spade (spades are trumps?). But he can’t win, and he can help the Dems. Just listen to them - they are having a field day and loving every minute of it. Cruz and Rubio will both have a tough time winning. My money is on Walker.

One of the reasons we are past what may very well prove to be the point of no return is that many principled conservatives refuse to vote for the lesser of two evils. For the sake of your children and their children, stop making the same damn mistake over and over again. Vote AGAINST the socialist masquerading as an American, whoever that might be.

In Before The Zot, I guess.

JimRob can do whatever he wants since he wants donations from FReepers, then the tent should be as big as possible.

134 posted on 07/25/2015 3:41:39 PM PDT by MinorityRepublican
[ Post Reply | Private Reply | To 1 | View Replies]
To: EternalVigilance
-- I just state my own opinion and position, even if it goes against the grain of the whole forum. My experience is that if your position is a truly conservative one, and you're not a jerk about it, you don't get yourself in trouble around here. --

I'd just add, don't become obsessive. I think Scooter Libby was "asking for it", and aside from the issue of prosecutorial discrection, don't see anything wrong with his conviction. I made my point a few times here (fully explaining my position, just not being repetetive), and then let it be.

Re the photo of JimRob in his lair: is that a disgruntled FReeper’s head in a formaldehyde aquarium behind him?

And if it wasn't for those meddling Trump supporters he would have gotten away with it. 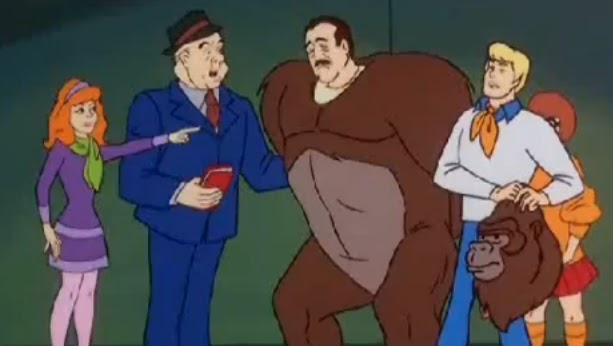 Did you disqualify Ronald Reagan because he was once a democrat? If one is an astute observer of people, one can observe that people are capable of evolving in the right direction. When a person nears age 70, lot of wisdom seems to generate in their brain.

Have patience when you reach age 70, you too will evolve for better.

Yay, SmokingJoe! I don’t have to say another word all day because YOU SAID IT ALL.