3. Why wasn’t surveillance video that was recorded at the U.S. compound in Benghazi ever released, as promised?

In fall of 2012, U.S. officials promised to publicly release a declassified version of surveillance video taken by multiple cameras at the U.S. compound in Benghazi, as well as video recorded by an overhead drone. At one point, officials on behalf of the Director of National Intelligence told the news media the video would be released on or about Thanksgiving of 2012. However, the video was never released and, more than two years later, no explanation for the reversal in plans has been provided.

Below are previous questions published in this series.

2. When Secretary of State Hillary Clinton reportedly told family members of the Benghazi victims that the U.S. was going to find and prosecute whoever made the “awful” Internet video (rather than pledging to catch those who committed the murders), what crime did she envision the video maker had committed? On what information was she relying when she thought that the government could–and should–persecute a filmmaker who was exercising free speech in America?

1. Where was President Obama throughout the long night of the Sept. 11, 2012 terrorist attacks in Benghazi, Libya? What decisions did the Commander-in-Chief make and what actions did he take while Americans were under assault on foreign soil? Considering that the U.S. embassy in Egypt had already been overrun earlier in the day, and that further attacks on other U.S. facilities were anticipated throughout the night, how involved was the President in tracking the volatile, regional developments?

More than two years after the fact, President Obama’s decisions and actions during the Benghazi attacks remain secret with little justification as to why they should be so shrouded. 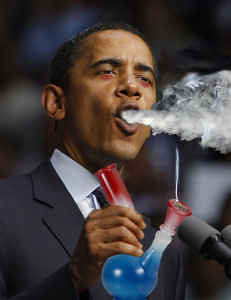 3 posted on 12/28/2014 9:56:13 PM PST by Slyfox (To put on the mind of George Washington read ALL of Deuteronomy 28, then read his Farewell Address)
[ Post Reply | Private Reply | To 1 | View Replies]
To: george76
Why wasn’t surveillance video that was recorded at the U.S. compound in Benghazi ever released, as promised?

Someone should make this a public issue - but I fear that the fix is in, and there is a consensus on both sides of politics - a conspiracy of silence, in fact.

Sharyl is, as usual, telling the truth and asking the questions that need solid answers.

Want on or off this ping list? Just drop me a FReep mail.

Remember Afghanistan in the 70's we put the CIA in ALCIADUH.

Slimes are easy lil murder patsys for anyone with the money to support them.

Never ascribe to guile what can be attributed to stupidity.

....When Secretary of State Hillary Clinton reportedly told family members of the Benghazi victims that the U.S. was going to find and prosecute whoever made the “awful” Internet video (rather than pledging to catch those who committed the murders), what crime did she envision the video maker had committed?.....

Sony made the movie “The Interview”. The subject and content upset the Country of North Korea! Many movie theaters lost money. 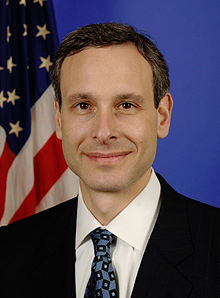 Never let the truly evil get away with murder by playing dumb.

A link to the full-text Free Republic thread.

There sure is a lot of coverup over where he was.

16 posted on 12/29/2014 12:17:46 PM PST by apocalypto
[ Post Reply | Private Reply | To 3 | View Replies]
To: george76
Hillary 'gave' Ambassador Stevens to Morsi's Muslim Brotherhood to later be used in an exchange for the Blind Sheik in U.S. custody. Hillary had to strip the Ambassador of his security so the MB could take him hostage. The fires set by locals got out of control and ruined the plot..

That's my story and I'm sticking to it.

On September 10, 2012, the amateurish, anti-Muslim YouTube video “Innocence of Muslims” had been on the Internet for three months with exactly seventeen views.

There was no protest about a video.

The attempted kidnapping of Ambassador Stevens to use him as a pawn to get the Muslim Brotherhood beloved Blind Sheik back to Egypt.

Hillary and pals planned to release the Blind Sheik in exchange for Ambassador Stevens.

The plan was for security to be minimal at the consulate, protected by only Libyan security guards who would melt away into the night at the appointed time.

The plan fell apart as two former SEALs, Glen Doherty and Tyrone Woods, fought the kidnappers, leading to a firefight

“Follow the money”. The Turk was either bringing or leaving it. Ask him? As soon as he leave he wasnt attacked but the annex was ...So....

19 posted on 12/29/2014 5:12:44 PM PST by hoosiermama (Obama: "Born in Kenya" Lying now or then or now)
[ Post Reply | Private Reply | To 2 | View Replies]
To: george76
Basically what I said, except two former SEALs disrupting the plot. This is the only theory that makes sense. As the new President of Egypt, Morsi's #1 pledge to Egypt was to gain release of the Blind Sheik. Morsi's speeches making this promise are on record. Hillary can't hide her numerous visits with Morsi, nor can she hide that the video as cover story was a TOTAL LIE.

This truth about Benghazi needs to be shouted from the rooftops. How dare they get away with their lies.