Hi. My name is Chris. I'm posting to state how angry I am at Obama. He has failed to deliver. It proves my point that there's no difference between the democrats and republicans.

Here are some of the reasons.

Obama has failed to stop Keystone and has done little for the environment and to stop global warming. He may as well be a republican.

He's done nothing to stop the big greedy banks and he takes money for his campaign from them. May as well just make it official and join the GOP and Tea Party. Obama has screwed the little guy.

Obama has failed across the board which reinforces my decision to join the Communist party USA. The democrats and republicans have failed.

Please I beg of you all. Give communism a chance.

No money in budget at moment to toss at the relatively low priced mossy naggy.

Heck, that was not even a belly flop. <1 scoring for even showing up. Your Zotted and flaming corpse is contributing to global warming.

Points deducted for failure to even attempt to conform to rudimentary ragdoll physics, let alone do anything stylish.
The final (negative) integer score is.. Oh good heavens I deplore reading a negative value number with nine figures!

True. I thought about the same. The guy is extraordinary ironic and factually mocking leftists, Obama and rhinos.
Too bad only a few people has a sense for smart humor here. Sigh...if only all communists were as transparent as you, the world would be a simpler place. Enjoy the ZOT.

Cabela’s is supposed to have their Mosins on sale for $130 on black Friday. Normally I don’t go out that day, but I may be tempted this year.

I had no idea Obama was on here. 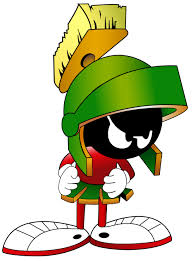 I’ve seen how communism works in the Soviet Union, China, and North Korea, for examples.

Go live there if you think it’s so great.

Gulags put people to work, that's for sure!

No sitting on your fat rump collecting handouts from the taxpayers.

Oh please. Really?! Try not to be so stupid. WHERE has Communism EVER worked?