“In sum, deportation proceedings should be immediately commenced, an investigation undertaken, a full evidentiary hearing held, and Barack Hussein Obama should be removed from the United States,” Klayman writes in his deportation petition.

The petition was sent to Thomas Homan of Enforcement Removal Operations at the Department of Homeland Security, Thomas Winkowksi of Immigration and Customs Enforcement and Sarah Kendall of the Office of Fraud Detection and National Security at DHS.

Klayman explained it is based “on the grounds that he has falsified various birth and other documents with regard to obtaining a U.S. passport and other privileges as an alleged American citizen.”

“It is clear, based on a mountain of evidence as set forth in and attached to the petition, that the president and his agents have falsified documents, such as his birth certificate and Social Security number, to qualify for the privileges of American citizenship such that his citizenship, which is based on false pretenses, must be nullified,” Klayman said.

“As set forth in the petition, this includes but is not limited to the fraudulent production of a computer-generated facsimile of an official state of Hawaiian birth certificate. Even if a legitimate birth certificate exists, Obama’s repeated use of a clearly forged birth certificate is still a crime and in violation of the law,” he said...

we all know this Klayman attempt is going no where...

but we can enjoy the effort and hope SOME people sweat a little...

Perhaps strange but I do trust in GOD. Our forefathers also trusted in GOD and did set this Nation on such a course. They were somewhat not expecting GOD to be so heavy on the new Nation as many of them were cautious but they did their best which was a tower reference for many nations.

I have no idea what that is supposed to mean.

Klayman, He handles more suits than ‘The Men’s Warehouse’ :-)

“but what country would want him ?”

Ship him to Indonesia where he’s a citizen.

He came here on an Indonesian passport and a student visa to attend Occidental college.

He overstayed his visa and is an illegal alien! 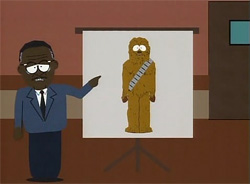 That does not make sense.

Unless he is reading this thread.

The petition is quite intense and holds a lot of information.

It also states as one of its points that Obama was NOT born in the USA.

Mike Zullo is saying recently—maybe Obama’s mother is not his mother.

Things are about to get very interesting.

Barack must be a birther himself then!

Let’s spread this one around a lot more!

will at least get some folks thinking, who maybe have their little gray cell(s) in neutral or Sleep Mode now...

It would be like giving the launch codes to Honey Boo Boo.

Can an elected president pardon himself?

If you really think Biden would be worse than Obama, I have nothing to say.

hopefully Zullo has an October surprise...

Let’s hold off until Congress re-convenes: Biden can be declared mentally unfit, after Trey Gowdy takes boehner’s job, and we have CINC Trey Gowdy! While Ted Cruz takes the Senate.

Ping to eligibility list for Larry Klayman annoying Barry by filing to deport him!