A man in a Dallas hospital has Ebola, the first human case of the deadly virus diagnosed in the United States, doctors at the Centers for Disease Control and Prevention said Tuesday.

The patient, who is in an isolation unit at Texas Health Presbyterian Hospital, did not develop symptoms until four days after he arrived from West Africa, officials said at a hastily called press conference at the CDC’s headquarters in Atlanta.

“He was checked for fever before getting on the flight,” said CDC Director Thomas Frieden. “There is no reason to believe anyone on the flight was at risk.”

The Ebola virus is not spread through the air, but through contact with bodily fluids of victims — sweat, blood, saliva and other secretions.

The patient, whom officials would not identify, flew to the United States on Sept. 20, and began feeling ill on Sept. 24, Frieden said.

He sought care at the Dallas hospital on Friday and was sent home with antibiotics, Dr. Edward Goodman of Texas Health Presbyterian Hospital said at a separate press conference in Dallas. Goodman said the hospital is looking into why the patient was discharged....

Yeah, but I look to government as the very last to save me.

Just a bunch of corrupt incompetent clowns with big egos.

I fear every thing you said is the truth.

He probably has Ebola.

This is a real attack.

And I have no faith in the people put in charge of this country. When even the Secret Service is “led” by an Affirmative Action hire, the other agencies must not be any better. We have a lot of competent people scattered around. But those people do not work for the current chief executive. He hired population control theorists. And Christian haters. Etc.

You’ll have to do some research (I don’t have time to assemble a nice package) about the elites of the US, that is, Rockefeller interests -> elite foundations/organizations like CFR, Ford Foundation, etc. -> US government intel and defense agencies...

The arrows show the flow of “thought” or “info”

How on earth would the enormous US military be justified as an expense going forward - America needed new threats in the eyes of our elites. Downsizing the military would be a huge setback for the elites defense industry monopoly companies.

A key to financial elites power is their espionage practice, which includes “their” British and US intel agencies (they keep “their” men at the helm of these agencies). Don’t take my word for it, simply research the histories of leadership.

The elites’ espionage “business” is absolutely critical for them to keep control of and keep operating on a grand scale.

“National security” protects their drug/crime “dark money” from being brought to light in government operations against money laundering and crime syndicates.

The Russell syndicate (skull and bones) was producing opium in Afghanistan in the early 1800’s - in effect, their business heirs are again doing the exact same thing even as we speak.

The skull and bones emblem is the emblem of the pirate ship.

See my other post as well for more links.

Don’t take my word for it, read US Senate committee testimony; it is available online. You’ll find CIA admitting to incredibly heinous projects and programs; of course, it’s a pretty safe bet that there is far worse that did not come out in testimony, such as the true “leaders” and their real purpose and actual conspiratorial cooperation with each other.

And no not all at once.But for the simple fractures, infections, dislocations, and lacerations needing stitches, the NP's are great! I did not mean to be dismissive of them.

88 posted on 10/01/2014 6:31:20 AM PDT by blackdog (There is no such thing as healing, only a balance between destructive and constructive forces.)
[ Post Reply | Private Reply | To 71 | View Replies]
To: 2ndDivisionVet; neverdem; ProtectOurFreedom; Mother Abigail; EBH; vetvetdoug; Smokin' Joe; ...
The game of Ebola Roulette continues... 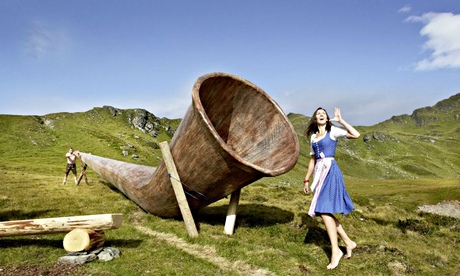 I’ve been thinking the same thing - about “why Texas?”. Why was this patient sent home? Why weren’t they airlifted to Emory...to that special unit that the Dr and nurse (from Samaritan’s Purse) got to use?

All part of population control.

Nah, you forgot one important component of the plan. The rubes get the “special” vaccine. It will be mandatory. It’ll contain all sorts of goodies like all other modern vaccines-live cancer viruses, mercury, etc. It won’t go through any real trials, well cause it’s supposed to help kill ya. Gates and the crew will make trillions with a T.

92 posted on 10/01/2014 6:50:46 AM PDT by riri (Plannedopolis-look it up. It's how the elites plan for US to live.)
[ Post Reply | Private Reply | To 14 | View Replies]
To: ansel12
As usual we are going to find out that much of our supposed defenses and abilities to deal with biological warfare and epidemics is going to be much less than what it is supposed to be as we deal with this Ebola situation.

But ansel, didn't YOU, personally, assure us on MULTIPLE OCCASIONS that not only was their no danger, but that every American overtly sick with Ebola, who was bleeding, puking and crapping blood over every surface had a God-given right to a private flight to the continental US for treatment?

Welcome to the real world.

It's a messy place.

I’d like to ask the Samaritan’s Purse Dr that question. Is it airborne, Dr Brantley? Maybe someone’s already asked him, at the hearings.

94 posted on 10/01/2014 6:51:03 AM PDT by Jane Long ("And when thou saidst, Seek ye my face; my heart said unto thee, Thy face, LORD, will I seek")
[ Post Reply | Private Reply | To 50 | View Replies]
To: dforest
I rather doubt it's technically a false flag, but this administration has never been one to let a crisis go to waste, even if they didn't create the crisis from whole cloth.

The net effect is indistinguishable from a genuine false flag operation.

They made every effort to break quarantine and bring overtly sick patients here for treatment, even if it meant they had to send a private jet for them.

And FR had an obama administration cheer-leading section that insisted that not only was this a GREAT IDEA, but that these patients had a God-given right to treatment in the USofA!

Yes, you are right about that. It is almost like they really wanted Ebola here.

The timeline here is NOT encouraging.

Patient Zero went to the hospital Friday and was displaying enough symptoms to be prescribed antibiotics. Friday was the 26th. He was, at that point, infectious.

The three day incubation period for people who he physical contact with on Friday ran out on Monday, the day he was checked into the hospital. There is, potentially, a new infection chain that we have to worry about that no one seems to be talking about.

A potential Patient Two went to the hospital either late yesterday or today. Reportedly patient Two is a family member. Oddly enough this is good news for the rest of us since Patient Two could be a member of an identified infection chain.

The real nightmare begins if there is a Patient Three who is NOT a family member of Patient Zero. The possibility of this happening is much higher, in my mind, that it was before I read this article because of the nature of the hospital visit on Friday.