Former Secretary of State Hillary Clinton has been through the political battles more than any major politician since Richard Nixon – and she has a lot in common with her former foe. But despite the blanket coverage of the former First Lady and her ubiquitous husband, there are still a good number of interesting facts about her that have been buried over the years.

1. She likes to get her drink on. Hanging out in Cartagena in 2012 with her staff at the Summit of the Americas, then-Secretary of State Clinton was photographed with her hair down and a drink in her hand. Hillary apparently outdrank Sen. John McCain (R-AZ) when they were touring Estonia in 2004. According to a witness, “Hillary won. She stayed correct after four shots.”

Terry McAuliffe, new governor of Virginia and Clinton ally, said, “She loves to sit, throw ‘em back…She’s a girl from Illinois who likes to throw ‘em down with the rest of us.” And, of course, she conveniently left town for a wine tour in Australia just in time to miss her first round of questioning on Benghazi.

2. She’s old. Yes, you knew this. But the media, which portrayed John McCain as ancient in 2008, when he was 72, has largely minimized the fact that Hillary will be 68 when she runs in 2016. Hillary says her favorite TV show of all time is The Ed Sullivan Show. The show stopped airing in 1971. She hasn’t driven a car since 1996. Her favorite music: the Beatles and the Rolling Stones. “I’m a child of the ‘60s, which is before any of you were born,” she said in 2011. She’s actually a child of the 1950s, given that she was born in 1947, when Harry Truman was president.

She has legs like Cotton Hill in “King of the Hill”.

No matter what, the American people still like her and Bill and want them back.

It is yet to be seen if her homosexuality will be revealed or if she will voluntarily come out. The Clintons must be polling furiously on how the American voters will respond.

What about those nude photos for Yale?

This Thread Is Just Fine WithOUT Pictures.

# 11. She’s the only successful amateur cattle futures trader to have dodged sniper fire in a combat zone.

She’s also a hardcore diva bitch. Here’s a digest of some of her “greatest hits:”

(From the book “Inside The White House” by Ronald Kessler, p. 244 - Hillary to the staff at the Arkansas Governor’s mansion on Labor Day, 1991)

(From the book “Inside” by Joseph Califano, p. 213 - Hillary yelling at Democrat lawyer.)

“F**k off! It’s enough that I have to see you shit-kickers every day, I’m not going to talk to you too!! Just do your G*damn job and keep your mouth shut.”

(From the book “American Evita” by Christopher Anderson, p. 90 - Hillary to her State Trooper bodyguards after one of them greeted her with “Good morning.”

“If you want to remain on this detail, get your f**king ass over here and grab those bags!”

(From the book “The First Partner” p. 259 - Hillary to a Secret Service Agent who was reluctant to carry her luggage because he wanted to keep his hands free in case of an incident.)

(From the book “The Truth About Hillary” by Edward Klein, p. 5 - Hillary shouting at a Secret Service officer)

“Put this on the ground! I left my sunglasses in the limo. I need those sunglasses. We need to go back!”

(From the book “Dereliction of Duty” p. 71-72 - Hillary to Marine One helicopter pilot to turn back while en route to Air Force One.)

Dick Morris: "Back in Bill Clinton’s 1992 presidential campaign, Hillary got the campaign to hire detectives to investigate women linked to her husband to amass dirt in order to cow them into silence. Reportedly called the “bimbo patrol,” these operatives, her own private secret police, dug up evidence of past abortions, divorces, affairs and the like to threaten women with exposure if they ratted out her husband."

She'll probably roll that one out if she tracks downward in polling. Homos are "in" in New Amerika.

Claimed that she was named after a famous mountain climber [ Edmund Hillary ] who first summited Everest in 1953...? Guess when she was born.

Even punk rocker Patti Smith would say: “She’s got a filthy mouth...”

as you wish, we'll hide Hillary 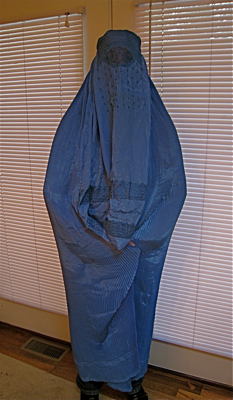 Only 10? “Weird” and “Hillary” go together like bacon and eggs. The real challenge would be to find 10 normal things we know about Hillary.

I seldom use the “C” word to describe a woman, but it really seems to fit here.
Wasn’t there something about someone being murdered and Hillary being involved many years ago. As I recall his body was found in one of the DC parks.