Sen. Ted Cruz tried to get the Senate to consider a measure Thursday providing that any American who joins the fight with terrorist groups such as the Islamic State would immediately renounce their U.S. citizenship, but a Democratic senator objected, saying more time is necessary to weigh the significant constitutional issues it raises.

Ahead of the Senate’s scheduled consideration Thursday afternoon of a proposal to arm and train Syrian rebels, part of President Obama’s strategy to combat the terrorist group, the Texas Republican asked for unanimous consent to pass the Expatriate Terrorist Act he introduced earlier this month.

The measure makes providing support to or fighting for a terrorist group targeting the U.S. “an affirmative renunciation of American citizenship,” Mr. Cruz said on the Senate floor Thursday. He pointed out that former Sens. Joe Lieberman, Connecticut independent, and Scott Brown, Massachusetts Republican, introduced a similar measure several years ago related to al Qaeda.

“If we do not pass this legislation, the consequence will be that Americans fighting alongside ISIS today may come home tomorrow with a U.S. passport, may come home to New York or Los Angeles or Houston or Chicago and innocent Americans may be murdered if the Senate does not act today,” Mr. Cruz said.

Sen. Mazie Hirono, Hawaii Democrat, objected, saying the bill has not been brought before the Senate Judiciary Committee and it affects “fundamental constitutional rights, which should be given the full deliberation of the Senate.”

Good! Get ‘em on record opposing it so that when another 9/11 (or worse) happens it’s on them. Smart move, Ted!!

They can, but they will not.

3 posted on 09/18/2014 5:11:35 PM PDT by skeeter
[ Post Reply | Private Reply | To 1 | View Replies]
To: mandaladon
You know how to handle THAT situation? You immediately present a bill that presses treason charges against those who support ISIS.

Your choice, Senate democrats - Either they self-renounce their citizenship by joining ISIS, or they are traitors. Pick one, because any that you don't pick, your opponent is going to hit you over the head with, repeatedly.

unless they were born here, they had to take an oath of allegiance. Since supporting another “whatever” is not in keeping with that allegiance, I’d say they lose citizenship by default.

Great idea. Now to find someone in the Senate who has the balls to introduce this “treason” legislation. Cruz might. Sessions might.

Someone send this idea to them and others in both the House and Senate.

[Due to workplace rules, I cannot do this and home computer is kaput).

What did we do with German and Jap defectors during WWII?

8 posted on 09/18/2014 5:16:51 PM PDT by lightman (O Lord, save Thy people and bless Thine inheritance, giving to Thy Church vict'ry o'er Her enemies.)
[ Post Reply | Private Reply | To 1 | View Replies]
To: mandaladon
The Constitution supports Sen. Cruz rather than Obola's and Is' toadie. Seems an American that joins ISIS should be placed on a “do not fly” list. If so does that prevent them from entering the U.S. I support Cruz on this but question whether his statement is true. seems we should be able to stop anyone from entering - even if they have retained their citizenship as an ISIS member.

So do white Muslims

11 posted on 09/18/2014 5:19:14 PM PDT by Michael.SF. (It takes a gun to feed a village,)
[ Post Reply | Private Reply | To 6 | View Replies]
To: mandaladon
Sen. Ted Cruz tried to get the Senate to consider a measure Thursday providing that any American who joins the fight with terrorist groups such as the Islamic State would immediately renounce their U.S. citizenship, but a Democratic senator objected, saying more time is necessary to weigh the significant constitutional issues it raises.

The Democrat Senator is right. We should NEVER open the can-of-worms that any action (besides voluntary renunciation of citizenship) revokes citizenship.

The unintended consequences could be horrific. Soon, any crime the Democrats don't like (such as owning the wrong firearm) could make you an UnPerson.

This idea of Cruz's gets the Nope Train treatment from me. 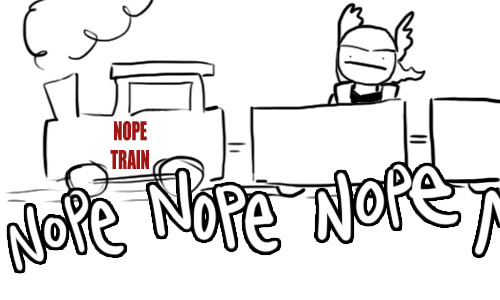 We shipped them back to where their loyalties lie.

Since when do the Rats give a tinker’s damn about what the constitution says?

Did you see the capitalization or did you just react? There is no official organization named "White Muslims." The Black Muslims were incorporated with that name. They are now the Nation of Islam, a government-recognized tax-exempt organization of about 100,000 members. The comment had nothing to do with race but with numbers, Democrats, and Islam.

I didn't pick the name; they did.

16 posted on 09/18/2014 5:29:49 PM PDT by Biggirl (Â“Go, do not be afraid, and serveÂ”-Pope Francis)
[ Post Reply | Private Reply | To 1 | View Replies]
To: mandaladon; All
By blocking Cruz's bill to strip US citizenship from Islamic State defectors, the Democrats are skirting major constitutional problems with Section 3 of the 14th Amendment imo. Section 3 prohibits US citizens who have taken the oath to protect and defend the Constitution from providing support to enemies of the USA.

14th Amendment, Section 3: No person shall be a Senator or Representative in Congress, or elector of President and Vice President, or hold any office, civil or military, under the United States, or under any State, who, having previously taken an oath, as a member of Congress, or as an officer of the United States, or as a member of any State legislature, or as an executive or judicial officer of any State, to support the Constitution of the United States, shall have engaged in insurrection or rebellion against the same, or given aid or comfort to the enemies thereof [emphases added]. But Congress may by a vote of two-thirds of each House, remove such disability.

dims pretending to care about the Constitution?

Sen. Mazie Hirono, Hawaii Democrat, objected, saying the bill has not been brought before the Senate Judiciary Committee and it affects “fundamental constitutional rights, which should be given the full deliberation of the Senate.”

Perhaps Mazie, who no doubt knows a lot more about the constitution than Cruz, has in might the fundamental constitutional right to engage in beheadings and similar mohammedan religious jihad activities.

Good for Cruz.. This action by the Dems will come back to bite them BIG TIME, as the FBI apprehends more domestic Islamofascist terrorists ( who the dems say do not exist but who the FBI arrest frequently).