Glenn Beck: This is probably the hardest thing I have ever asked of you (For the children!)
Glenn Beck ^ | 6/23/14 | Glenn Beck

Glenn and TheBlaze have been covering the growing crisis at the southern border for a number of weeks now. With the situation further deteriorating, Glenn came before his audience on Monday morning with an interesting ask. In fact, Glenn described what he was about to say as “the hardest thing” he has ever asked for. But as he shared troubling new information about the humanitarian crisis at the border, Glenn asked his listeners to consider donating to Mercury One.

I’m not going to tell you who is giving me this information because things down at the border are extraordinarily difficult and not what you are being told it is. The Administration – and I believe this also includes the progressives Republicans – are trying to keep the lid on the media right now. And the churches are the ones who are pulling people’s feet out of the fire. Our state reps now have gone and toured the facilities that are happening in Laredo, Brownsville, Van Horn, McAllen, and all across the border. This one particular facility that I want to talk to you about holds 400 people but currently it has 1,200 kids in it. Some of them are toddlers. 1,200. 400 is what the max capacity is.

Let me ask you: How fast would the federal government or the state shut you down if you had anything that said maximum capacity 400, and you had 1,200 people if there? Three times the amount. Is anybody seeing a problem with this? The federal government is breaking their own laws and they are keeping this information from us.

I am told by people who have toured and work at this facility that when they open the doors to go in, the stench is so bad the politicians that were to go in gagged and backed out. One of the churches is planning on converting their entire church, the largest in the area, to become a holding facility because of how bad things are. Things are so desperate right now, hygiene and food are the number one problem. Clothes are further down the list. They need portable showers and Port-A-Johns. They have no way to wash their clothes. They need food and hygiene care right now. Many of them have not eaten in days. FEMA is supposed to be down there. They are not down there.

Today, I want to appeal to you. I want you to just think about this, please. The two citizenships that we hold. We will destroy our country if we only recognize the citizenship that we have in our country. If the Constitution of the United States of America is our god, then we are lost already. Our God is the God of Abraham, Isaac, and Jacob. Our God demands certain things from us. He demands us to see each other. He demands that we help each other. He demands that we help the child. We help the suffering. We are the Good Samaritan.

There are some who are going to say, ‘I’m not going to help the people. They came across the border.’ Well, okay, but they’re here now. They’re on our border. Yes, some of them may be MS-13. That’s a different argument. We can sort out who’s who after we take care of people. That’s for the government to do. I’m not talking about we’re going to send them into our cities.

Yep. Maybe Glenn’s picking up other/new listener’s/subscribers with his stuff of late. I know this household has stopped listening to his radio program and we no longer watch his TV program.

1. Find out what country they are from
2. Put each group of them on a bus
3. Take them to the nearest city that has their consulate
4. Repeat

What really ticks me off is the liberal style guilt trip. It is our ‘divine duty’. Well, do the parents have any duty? Is there any commupance for mama and papa El Niño??

Glenn wants to become preacher for the world, he needs to address the areas of the Bible he clearly finds uncomfortable. I don’t typically listen to progay politicians, let alone preachers.

You might consider putting your money where your mouth is with the thousands upon thousands of AMERICAN children whose parents don’t give a shiite about them, first.

Then, if you have time and money left over, worry about the criminal “Latino” freeloaders who are playing you for a damn fool.

Exactly. Let the embassies take care of their kids. Maybe then there would be some urgency back in their home countries to get a hold of the parents.

They should deport them and hand them over to the local Red Cross.

Here’s an idea. We’ll take ALL Central America’s aid to pay for them. How’s that?

Beck might as well say, “There are poor people all over the world! Some are being killed, beaten, raped, tortured. Therefore, God demands that all of them come to the United States and we feed them and make them fellow Americans. Give them all your money!”

This line of thinking will destroy us—wipe us out, and the poor, tortured, beaten people will still be—poor, tortured and beaten.

Better we help them help themselves? Maybe work to fix their own countries, instead of having to come here?

He’s been doing that a lot for the last year or two.

29 posted on 06/23/2014 6:27:57 PM PDT by DuncanWaring (The Lord uses the good ones; the bad ones use the Lord.)
[ Post Reply | Private Reply | To 15 | View Replies]
To: Viennacon
Feed them, ask them where they're coming from and then dump them at their respective embassies.
These "children" were bussed here for the express reason to make us look bad when we say no.
If we say "yes" then there will be more. Many, many more.

On the one hand, the government that we elected has done this.

I’m not going to help them.

If the people that they brought in here purposely to usurp my country die, then that’s too damn bad.

I do not feel for them.

I have had it with this crap.

Agreed. Also, the Bible instructs us to obey the law. Those people are lawbreakers. Beck and patsies like him are part of the reason they know they can come here in the first place.

"Glenn wants to become preacher for the world, he needs to address the areas of the Bible he clearly finds uncomfortable. I don’t typically listen to progay politicians, let alone preachers."

Part of me thinks his past still troubles him and makes him feel guilty, so he's trying to expiate it with stunts like this. Well, then, let him give away his fortune to the invaders down south if it will make him feel better. 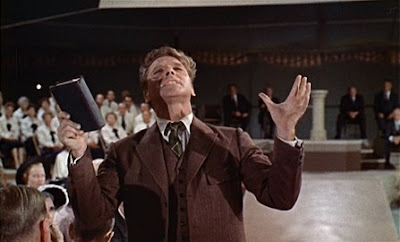 33 posted on 06/23/2014 6:32:39 PM PDT by 2ndDivisionVet (The most dangerous man to any government is the man who is able to think things out for himself.)
[ Post Reply | Private Reply | To 1 | View Replies]
To: Cato in PA
Sounds like Glenn has officially flown the coop...if he hasn’t already done so multiple times over at this point. Sure, let’s give illegal aliens exactly what they want: that’ll show them how strong we are!

Glenn Beck's descent into this religious/libertarian fusion has been sad and pathetic to watch. Beck was always a drama queen who too often hyped stories that failed to pan out - but at least I generally knew where he was coming from.

Ever since his big gathering on the mall where he got all preachy instead of using the time to do something useful, Beck's been going downhill.

Now listening to him is downright painful. He too often sounds like a crazed cult leader proclaiming the end of the world is just around the corner.

That is about the size of it

Alex Jones should send some of his patriot blend Coffee to the Border Patrol.

I’d donate money to send them back where they came from.

And don’t come back or we won’t be so nice next time.

Well, he’s not alone. Brit Hume thinks children illegals are off limits for deportation, so we have to take care of them. Heck, we cannot even prevent them from coming in.

What kind of mindset is this? What would Honduras do if hundreds of thousands of American children turned up?

Whatever happened to reuniting them with their families?

Oh.... that's when their families are here illegally