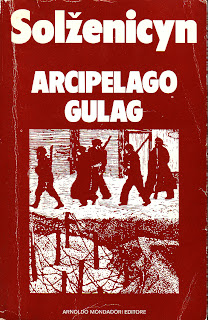 In October 1917, the Bolshevik Revolution gave birth to the deadliest ideology in history - Communism. In less than 100 years, Communism has claimed more than 100 million victims.

A free people cannot afford to forget the evils and the costs of Communism. We must no allow the atrocities of Lenin, Stalin, Mao, Pol Pot, Ho Chi Minh, and Castro to fade into the background of history. We must not forget the trail of blood and tears this utopian deception has left behind. How:

The Bolsheviks murdered their way into power...

The Kremlin starved to death more than six million in Ukraine...

Mao murdered tens of millions of Chinese peasants during his "Great Leap Forward"...

Castro buried dissenters in the infamous Isle of Pines...

The student voices of freedom were silenced at Tiananmen Square in Beijing...

I see you posted a pic or Nadezhda Tolokonnikova of Pussy Riot in your collection. Do you feel she was treated unjustly for her actions in The Cathedral in Moscow?

Does her promotion of abortion, and homosexuality-LGBT, and other western values give her a pass when she invades a place of Worship?