The State Department announced Friday it has been quietly offering a reward of up to $10 million for information leading to the arrest and conviction of anyone involved in the deadly 2012 terrorist attack in Benghazi.

Friday’s acknowledgement comes weeks after Fox News reported that the Benghazi case was not listed as part of the State Department's "Rewards for Justice" website. The apparent omission prompted several complaints from Republican lawmakers.

But the State Department, in a letter sent to Rep. Michael McCaul, R-Texas, revealed that it has in fact been offering the reward through other channels since January -- though the department previously declined to disclose that information.

Friday’s announcement of a reward raised questions among some lawmakers about how effective a multi-million dollar reward could be if it was not widely known or publicized on its “Rewards for Justice” website.

However, in the letter to lawmakers, the State Department defended its decision to keep the reward under wraps. 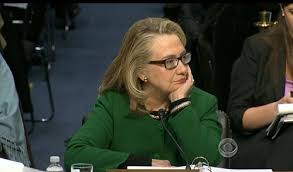 It's Hillary. Can I get my money now?

Quietly offering, we didn’t want a rush of info to overwhelm our servers.

This is a Threat Matrix list documenting threats within and without. Anyone wanting on or off please advise.

This is the Benghazi Index for reference.

Prove it wasn’t Hillary’s fault in time for the 2016 elections, and you can walk away with a tidy sum and choose your cabinet post. Why not just get a NY Times journalist to meet them for a mango drink at a cafe?

In other words, they are offering a reward now only because FOX was going after them for not doing so.

And they're lying by saying they had already been offering a reward before the FOX report.

Why would anyone come forward with information and try to claim the reward. The whole world saw what happened to the Paki Dr. that gave up Bin Ladin.

The only reward he got is getting thrown into a Paki prison to rot away.

Hillary Clinton was involved. Pay me.

Yes. Only thing that makes sense.

Will Bill the Schill Clinton collect 10 million? He tapped Obama good on the draconian affordable health care act, will he tap him on Bengazhi, with his consumate knowledge of who did it and when?

I thought I saw a story this last week that they (Reid and company) would not let an offer of $5M get on the floor....

“The State Department announced Friday it has been quietly offering a reward of up to $10 million for information leading to the arrest and conviction of anyone involved in the deadly 2012 terrorist attack in Benghazi.”

BS. “arrest and conviction”? The last thing Obama wants is
a trial. “target and assassination” is more like it. That’s
why it’s so hush hush.

Is it just me, or is there just too much stupidity from the folks “handling” our foreign policy in the State Department???