Comments can be bad for science. That's why, here at PopularScience.com, we're shutting them off.

It wasn't a decision we made lightly. As the news arm of a 141-year-old science and technology magazine, we are as committed to fostering lively, intellectual debate as we are to spreading the word of science far and wide. The problem is when trolls and spambots overwhelm the former, diminishing our ability to do the latter.

But even a fractious minority wields enough power to skew a reader's perception of a story, recent research suggests. In one study led by University of Wisconsin-Madison professor Dominique Brossard, 1,183 Americans read a fake blog post on nanotechnology and revealed in survey questions how they felt about the subject (are they wary of the benefits or supportive?). Then, through a randomly assigned condition, they read either epithet- and insult-laden comments ("If you don't see the benefits of using nanotechnology in these kinds of products, you're an idiot" ) or civil comments. The results, as Brossard and coauthor Dietram A. Scheufele wrote in a New York Times op-ed:

Uncivil comments not only polarized readers, but they often changed a participant's interpretation of the news story itself.
In the civil group, those who initially did or did not support the technology — whom we identified with preliminary survey questions — continued to feel the same way after reading the comments. Those exposed to rude comments, however, ended up with a much more polarized understanding of the risks connected with the technology.
Simply including an ad hominem attack in a reader comment was enough to make study participants think the downside of the reported technology was greater than they'd previously thought.

Another, similarly designed study found that even just firmly worded (but not uncivil) disagreements between commenters impacted readers' perception of science.

If you carry out those results to their logical end--commenters shape public opinion; public opinion shapes public policy; public policy shapes how and whether and what research gets funded--you start to see why we feel compelled to hit the "off" switch.

A politically motivated, decades-long war on expertise has eroded the popular consensus on a wide variety of scientifically validated topics. Everything, from evolution to the origins of climate change, is mistakenly up for grabs again. Scientific certainty is just another thing for two people to "debate" on television. And because comments sections tend to be a grotesque reflection of the media culture surrounding them, the cynical work of undermining bedrock scientific doctrine is now being done beneath our own stories, within a website devoted to championing science.

There are plenty of other ways to talk back to us, and to each other: through Twitter, Facebook, Google+, Pinterest, livechats, email, and more. We also plan to open the comments section on select articles that lend themselves to vigorous and intelligent discussion. We hope you'll chime in with your brightest thoughts. Don't do it for us. Do it for science.

Any news or information website that does not have comments in this day and age is worthless. If it doesn’t allow comments I don’t even bother reading it.

“It’s a consensus that the science of climate change is well established.”

You’ll notice that certain apologists only get concerned about consensus when they can’t point to clear experimental verification.

Eventually people are going to realize that the issue with evolution is that believing in the whole of it requires you to believe G-d does not exist at all and the backlash will intensify. Einstein was not an evolutionist, Newton, if evolution had been as prominent in his time, would not have been an evolutionist, neither would Galileo or Kepler.

That's about as ad hominem as you can get.

We reserve the right to free speech.

You are free to say anything we agree with.

“Comments can be bad for science. That’s why, here at PopularScience.com, we’re shutting them off.” That reads almost like satire, but they’re serious about it. :-)

But why limit it to science? Shouldn’t those who believe they have the truth about other topics as well suppress dissent from those who they believe don’t? What a wonderful idea! (Or have we gone down that path before — both civilizations in general and science in particular?)

Maybe I’m imagining this, but doesn’t the history of science — and practically every other field of inquiry — show that the establishment has been wrong time after time, and about all kinds of things?

“Comments can be bad for science”? I feel like I’m watching a Monty Python skit. Yes, comments will include some stupid ones — many stupid ones — but the better ones should have the advantage in the arena of ideas. That’s the foundation on which free societies are based, and much of the progress of the last few centuries. If you can’t defend your ideas, Popular Science, then that’s too bad. Maybe they suck.

You know people really didn’t think the Earth was flat- that is a myth by humanists and later secularists to defame the previous generations and eras as incompetent and ignorant and along with disparaging religious people as if they were all anti-logical bufoons.

So, popsci has decided to go fascist. 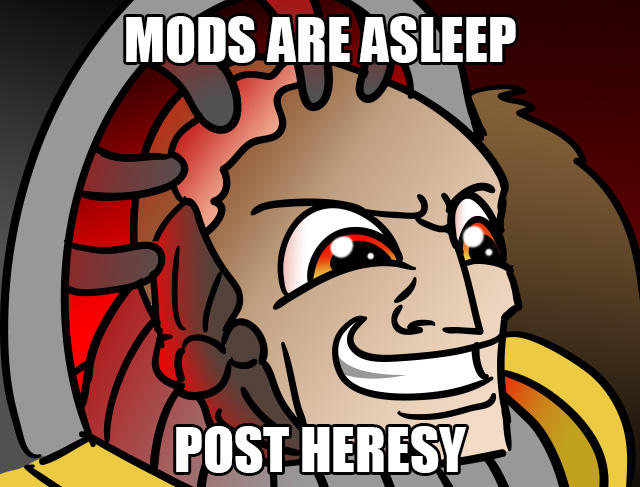 Because their AGW position is untenable.

“Any news or information website that does not have comments in this day and age is worthless. If it doesn’t allow comments I don’t even bother reading it.”

Ditto. I’m usually more interested in the comments and discussion themselves than the article anyway because that way I get multiple perspectives, and many of the commenters are far more knowledgeable than the author themselves. Not to mention, it puts a complete kibosh on those who try to pass off lies and half-lies as truth.

“Who wants to place a bet that this started when they started getting their asses kicked on global warming debates?”

It just proves “there’s no consensus”.

I believe that l’affaire Richwine and that whole area of research contributed also. Wasn’t it Popular Science which had the article where the author called for the suppression of scientific research into the study of human intelligence in certain aspects? He was excoriated in the comments for saying that while he was “all for freedom of speech”, he didn’t think it should extend so far as this topic. After the drubbing he got in the comments, he tried to backtrack by (it was assumed) mockingly calling for punishments up to and including execution for those who broach this subject or do research into it. It’s not quite clear that he was being sarcastic though, you can never be sure with those types.

After all, it was Harvard students who started a petition calling for the defunding of research in this area after the Richwine brouhaha, and even the banning of research into this subject. Apparently they, and Popular Science types, are scared to death of what might-only might-be discovered.

I can’t blame them. It costs money and time to moderate comments by anonymous people who are tasked with spreading disinformation. It’s the state of the culture and what the democrats have fostered for years. Rock throwing and sniping and name-calling has replaced reasoned debate and exchanges of ideas, even in science. The resulting “discussion” just turns into background static and pissing contests off in the weeds. We have posters on FR that feel the need to cyberstalk and attack too but not to the level I have seen on other sites, which is why I come here.

There are legions of social media people who are paid to comment and spread disinformation on various websites 24/7 and it gets tiring reading the same drivel posted by sock puppets that just equates to the talking points coming out of the DNC. The left is ruining the internet.

Apparently Popular Science believes science is a popularity contest (for kids who were unpopular in high school).