Yet the majority of the game critic community has decided to treat “Grand Theft Auto V’s” rampant misogyny and violence against women as a pesky housefly, a slight annoyance that doesn’t detract from all that’s remarkably polished. Though some of the defensiveness may be genuine for this ambitiously free-form game, it’s also rooted in the fear of being labeled as one of those clueless souls who doesn’t quite get the joke or, worse, is offended by it.

But much of this knee-jerk cheerleading is a lost opportunity. If “Auto V” had advanced as much culturally and emotionally as it has mechanically, it might merit the kudos and prove to those who write off games as immature just how far the medium has come.

Even attempts at social commentary here are embarrassingly one-dimensional. One hip coffeeshop brags that its tea is exploited from the Third World. There’s the Whole Foods-like store with a “shop with superiority” slogan, and a dumpster-diving movement of “freegans” are described as “nonproductive members of society by choice.” Perhaps they need to go back and take tips from “South Park,” a series that started around the same time.

Well, that is exactly the sort of socially responsible game I would support. They're targets, right?

What probably annoys the reviewer the most is all the lampooning of weenie liberals throughout the game. (The biting humor is also dished out on conservatives as well, but we’re used to it.)

Obviously this liberal loon has never played GTA before..sexism and violence..DUH that is the whole purpose of the game..stupid liberals, get a life!

One of the "missions" had my character go on a date, go bowling and buy clothes. WTF?

The rest of the time it had my character constantly having to rush to his cousin's aid as he was being attacked by loan sharks. Boring.

I'm returning the game on Monday. I'll get something more my speed like NCAA Football.

Yes it is. That having been said, violence was the point of this game ("Defender"), from 1982:

Bit of a difference...

I played the last Grand Theft. It is a game with tongue firmly planted in cheeky that is meant to lampoon every stereotype and every person of the “won’t somebody think of the children” mentality.

See, this is why liberals are diseased. They think nice and bad gangsters, but none of that applies. gangs that are racist or especially reverse racist eventually fail.

This is so stupid, making “reasonable” game laws that brainwash from reality.

Hillary still thinks she is a sister of black panthers and islamo fascists... Liberals are in denial. They are jumping straight into Hitler’s mouth.

I know it's only a game but:

I was opposed to all this arming of smaller cities and town police forces with more advanced weaponry.

Yes, they will cause a lot of deaths, but for those of us who need and want real firepower, the physically closer to us that it is stored, the easier it will be to obtain.

These faux LEO's will be just doing their job, while we will be fighting for our families, our homes, and our children’s future.

Not only will we be more determined, we are a lot smarter than the average LEO.

I know who's side I’m betting on.

LOL, I love that movie

34 posted on 09/22/2013 11:56:36 AM PDT by CatherineofAragon (Support Christian white males----the architects of the jewel known as Western Civilization.)
[ Post Reply | Private Reply | To 21 | View Replies]
To: Arthurio
If you go in the ‘hood as a white character and attack another black character, then everyone will start converging on you in a mass attack saying “Got gots a problem with the homeys?!”

lol...I found that one out yesterday. I managed to take down a squad of "da homeys" before they got me. Hey, they started it... 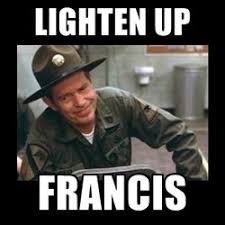 No, I know. But that is one of the funnest parts of the game, just going on a spree and seeing how long you can survive.

I’d always go grab all the explosives I could and then try to steal a tank at 5 stars.

This article makes no sense though because the game is basically violence and sexism.

Vice City was the last one I played, really enjoyed the rise to mob boss.

A lot of those LEO’s you speak of will be fighting for their homes and families as well.

My first thought as well. LOL