He should die but he wants to die so, should we give him what he wants?

Yes. Part of the sentence will be a reduction in rank to E-1 (if they do that to officers) and forfeiture of all pay.

42 posted on 08/23/2013 11:06:18 AM PDT by Blood of Tyrants (Tyranny is defined as that which is legal for the government but illegal for the people. T Jefferson)
[ Post Reply | Private Reply | To 10 | View Replies]
To: Jane Long
Yeah, this wasn't terrorism, just like Benghazi was about some video nobody had heard of.

This clown can't run for re-election, he should just do the right thing and let these families get the benefits they are entitled to.

WHO helped him from above, other than Obama?

Well, I suppose they could always put him in the
same cell as chelsea manning.....for life.

Holder and/or POTUS will find some technicality to vacate the verdict, and take the trial away from the Military, and retry in civilian court.

“Do not allow him the questionable “grace” of dying in jihad, the only guaranteed path to that whorehouse-in-the-sky his kind calls paradise.”

I disagree. There is no reason for us to share in his—or any other unrepentant murderer’s—delusions of paradise (when they will most certainly go into eternal punishment). Execution in a case like this is fitting, period.

“Life becomes cheaper when the cost for taking it does.”—Ernest Van den Haag

This guy seems to be a true believer jihadi, so his non-defense makes sense if he really wants the death penalty. If he gets it, I would not be surprised if he does a McVeigh and drops any appeal.

51 posted on 08/23/2013 11:09:47 AM PDT by GrandJediMasterYoda (Someday our schools will teach the difference between "lose" and "loose")
[ Post Reply | Private Reply | To 1 | View Replies]
To: null and void
Solitaire, no human contact of any sort, SuperMax, rest of his life, with a knife.
Do not allow him the questionable “grace” of dying in jihad, the only guaranteed path to that whorehouse-in-the-sky his kind calls paradise.

Killing this monster would be a kindness to him.

Put him in solitary confinement for the rest of his life and let his contemplate his paralyzed legs, the humiliating fact that he is powerless to control any aspect of his existence, and miserable quality of life he has created for himself.

Most importantly, killing him to provide for him an honorable, highly publicized martyrs death is obviously what he wants and is trying desperately to achieve.

We should make sure this is denied to him and instead let him face obscurity once the trial publicity dies down. It is better that we allow him to stew in his misery, and self inflicted humiliation to contemplate his powerlessness and personal degradation alone, forgotten and unheralded by the rest of the world.

We need to keep track, close track of all the people in govt and their comments if they decide to ex him.

And use as needed henceforth loudly and often.

I'm sure Bambi is torn over what he should do. His spin advisers are probably in for a long weekend.

Life in maximum confinement with a pig for a cellmate.

Hassan will be appointed head of DHS.

Seriously, on his way out if he does, 0b0z0 will pardon the pervert Manning and commute the death sentence that Hassan MAY get.

0b0z0 identifies well with both criminals. 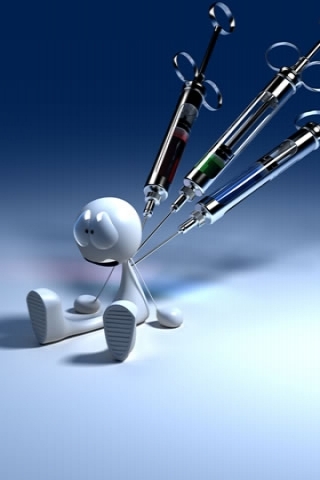 Per FoxNews, panel was unanimous on all charges — guilty.

News conference from Ft. Hood is scheduled for 2:30 ET (15 minutes from now).

Some are sicker than others, and the Fort Hood shooter was about the sickest of the lot.